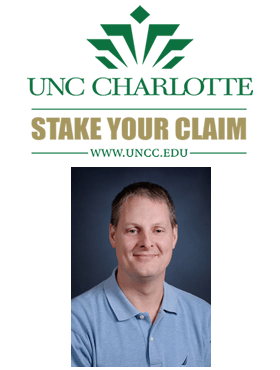 One way to understand what motivates and deters burglars is to ask them. UNC Charlotte researcher Joseph Kuhns from the Department of Criminal Justice and Criminology did just that. He led a research team that gathered survey responses from more than 400 convicted offenders that resulted in an unprecedented look into the minds of burglars, providing insight into intruders’ motivations and methods.

The study, “Understanding Decisions to Burglarize from the Offender’s Perspective,” was funded by the Alarm Industry Research and Educational Foundation (AIREF), under the auspices of the Electronic Security Association (ESA), the largest trade association for the electronic life safety and security industry.

"This study broadens our understanding of burglars, their motivations and their techniques," Kuhns said. "It also helps us to understand gender differences in offending motivations and techniques. By asking the burglars what motivates and what deters them, we believe this research can help people better understand how to protect themselves against these crimes and help law enforcement more effectively respond.”

A considerable portion of the research dealt with differences between male and female burglars. For example, men tended to plan their burglaries more deliberately and were more likely to gather intelligence about a potential target ahead of time. Women appeared to be more impulsive overall, engaging in “spur-of-the-moment” burglaries.

Women also indicated a preference for burglarizing homes and residences during the afternoon, while men tended to focus on businesses in the late evenings. Drug use was the most frequently reported motive given by women, at 70 percent, while men cited money as their main motivation.

In one consistent finding across males and females, alarms and surveillance equipment had similar impact on target selection. However, female burglars were more often dissuaded from attempting a burglary if they noticed signs suggesting that a particular location was protected by alarms.