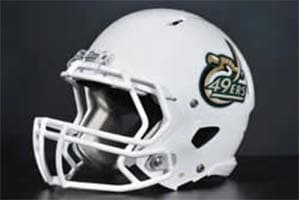 UNC Charlotte’s 2014 football schedule will feature 11 games, including four against teams that were ranked or that received votes in the final 2013 FCS national polls.

Charlotte 49ers 2104 football season tickets are on sale now; the package includes all six home games, plus the spring game on April 5 for $190. Call 704-687-4949 for additional information and to place an order.

In the 49ers last year of FCS play, the squad will have six home games and five road games. Three of the six home games will be against highly touted opponents - Charleston Southern, James Madison and Coastal Carolina.

Home games at Jerry Richardson Stadium will kick off at noon. Plans to add lights to the stadium have been pushed to 2015 to coincide with the 49ers move to Conference USA.