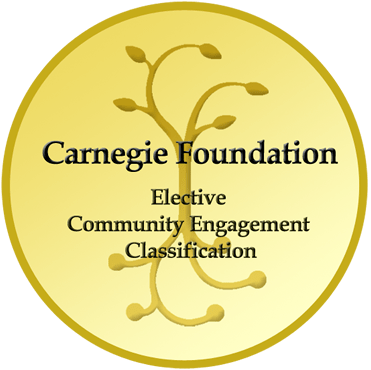 The Carnegie Foundation for the Advancement of Teaching has reaffirmed UNC Charlotte’s community engagement classification, which the University earned originally in 2008.

As part of the application process, the University outlined how it continued to integrate community engagement into the overall day-to-day programming of the institution.

Since its initial classification in 2008, the University completed its quality enhancement plan “Prospect for Success,” which includes a focus on service-learning to prepare students to become civic-minded individuals through curricula that incorporate service and field-based learning.

In 2010, UNC Charlotte was one of five institutions selected by the American Association of State Colleges and Universities to develop a prototype of civic education, which is the University’s Civic Minor in Urban Youth and Communities.

Community service hours are required by many of the 350-plus student organizations and other campus programs. Also, the University established the Office of Off-campus and Volunteer Outreach, and the University Career Center broadened its mission to include service-learning initiatives.

The UNC Charlotte Faculty Council has moved to revise the institution’s tenure and promotion guidelines to reflect the University’s commitment to community-engaged scholarship, and the Provost’s Faculty Award for Community Engagement was established.

The Office of Community Relations in the Division for University Advancement coordinates a wide range of events, partnerships, campaigns and initiatives to extend the spirit of “Giving Green in the Community.”