Lorden recognized as a catalyst for civic engagement by AASCU 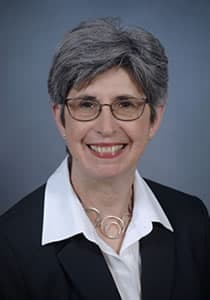 Throughout her time at UNC Charlotte, Provost Joan Lorden has constantly sought to bridge community needs with University assets. The results of her outstanding work are being recognized with the William M. Plater Award for Leadership in Civic Engagement from the American Association of State Colleges and Universities (AASCU).

As a catalyst for civic engagement and service learning at UNC Charlotte, Lorden has provided leadership that has resulted in the University receiving multiple honors for its civic engagement efforts from Pathways to Achieving Civic Engagement (PACE), the Council for Advancement and Support of Education (CASE), the Charlotte Chamber and North Carolina Campus Compact.

“It’s her insight, vision and dedication that have made our efforts fruitful for students, faculty, staff, and in turn, our community,” said Chancellor Philip L. Dubois. “Her thoughtful approach to education, research and community engagement has had a tremendous impact on the long-term vitality of the Charlotte community and has raised the quality of life in the region.”

The Plater Award is given in recognition of exemplary leadership in advancing the civic learning of undergraduates through programs and activities that encourage greater knowledge, skills, experiences and reflection about the role of citizens in a democracy.

“We would not be the institution that we are today without having really engaged with this community,” said Lorden. “I think we can be a national model for thinking about how we interact with the community.

“We can have a transformative effect on this city, and again, that’s not something that every university can point to, but for us it’s a real advantage.”

Lorden joined UNC Charlotte as provost and vice chancellor for academic affairs in 2003. Previously, she served as associate provost for research and dean of the graduate school at the University of Alabama at Birmingham, where she was a professor of psychology.

AASCU  is a Washington-based  higher education association of nearly 420 public colleges, universities and systems whose members share a learning- and teaching-centered culture, a historic commitment to underserved student populations and a dedication to research and creativity that advances their regions' economic  progress and cultural development.

The William M. Plater Award for Leadership in Civic Engagement was established in 2006 by AASCU in collaboration with Indiana University Purdue University Indianapolis (IUPUI) in appreciation for the leadership of the award’s namesake, who served as the chief academic officer of IUPUI from 1987 through 2006.