Study: exercise before school benefits students throughout the day 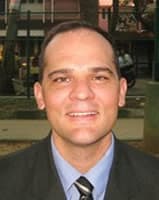 A short “morning blast” of physical activity can benefit elementary students throughout the school day, according to a new study co-authored by a Cato College of Education professor.

Published in the journal Movement, Health & Exercise, the study “Ready to Learn: The Impact of the Morning Blast Physical Activity Intervention on Elementary School Students” focused on physical activity occurring before school, with students joining in an aerobic exercise regimen for 15 minutes before their first class. The effect on math scores, perceptions of the program and daily physical activity levels were then compared to a control group.

Students participating in the exercise increased math test scores and rated themselves more confident and positive about their math abilities. They also showed a significant increase of accumulated steps per day when compared to a control group. Students reported that they were “ready to learn” after the exercise, because they felt more engaged and focused in math class with prior physical activity. They were also ready to move, averaging a greater number of steps throughout the school day than the control group.

“It was powerful to hear how the students perceived the relationship between physical activity and being ‘ready to learn,’” said Byker, a faculty member in the Cato College of Education’s Department of Reading and Elementary Education. “This finding reinforces the importance of daily physical activity during the school day, whether it is before or during school, as it prepares kids for the more traditional, sit-down type of learning.”

While it’s well-known that children who participate in physical activity experience benefits ranging from improved mental health and mood to improvement with on-task behaviors and concentration, schools continue to decrease the time for physical education and activity to support other academic areas like math and literacy.

The Morning Blast program stemmed from one elementary school’s need for improved use of mornings, when students were otherwise sitting in care rooms; the solution came in the form of using the school gymnasium as an extra opportunity for students to engage in physical activity before classes began.

Despite the score increases and results of the student surveys, the majority of educators surveyed for the study were ambivalent about the benefits of the program.

“While the Morning Blast helped get kids ‘ready to learn,’ educators would want the actual math improvement to be connected more to what kids learned in the teacher’s math class,” Byker said.

While educators were hesitant to attribute academic benefits to Morning Blast, they agreed that students enjoyed the exercise and that participants displayed more readiness to learn.

Moving forward, how do schools respond to these findings and support physical activity with children despite limited time and budgeting? The key component, the study suggested, is including physical educators in conversations that involve the constructive use of school time, who can develop programs like Morning Blast without interrupting other academic subjects.

By working with physical educators, these programs can pursue activities focusing on cardiovascular endurance and aerobic activities in limited spaces and highlight the importance of timing physical activity before student learning. Moreover, the physical activities can incorporate academic concepts like math and language.

One Morning Blast activity involves moving beanbags into hula hoops, and at the end of the game, the groups must check to see if the sum of beanbags was greater or less than 32. For every number over the target, players do two jumping jacks, and for every beanbag that was missing, five jumping jacks were assigned.

For Byker, the game demonstrates how schools can foster learning within physical activities, and he hopes PE instructors will continue designing physical activities that support academic achievement. “It would be great to see less PE getting cut by school districts, and more schools adopting early morning or after school physical activity interventions.”