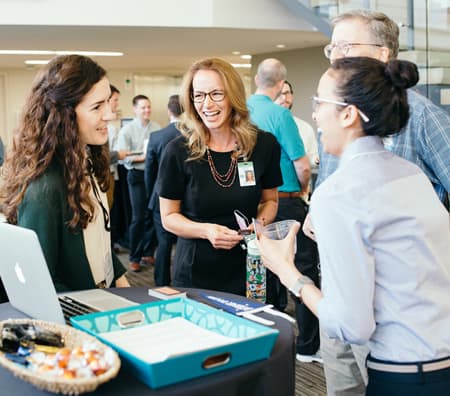 Graduates of the inaugural Coding Boot Camp certificate program recently had the chance to showcase their final projects and portfolios for potential employers at a special networking expo.

More than 40 employers were on hand to speak with the certificate program graduates as part of the career support offered by the University’s Continuing Education Office. In its “Best Big Cities for Jobs in 2016,” Forbes ranked Charlotte eighth in the nation based on trends, such as a 16 percent job growth since 2010. Employer demand for web developers is proved by the hundreds of jobs posted on key employment sites for Charlotte-based positions.

“Having UNC Charlotte as the backbone for this boot camp adds a level of credibility and number of resources that a smaller boot camp isn’t going to have,” said David Elliston, IT recruiter at AvidXchange.

“The demand for these coding skills is significant,” said Asher Haines, UNC Charlotte’s director of Continuing Education. “Individuals who graduate from this boot camp are prepared for junior developer jobs immediately.”

Boot camp graduate Matthew White said, “After going through this program, it’s the first time in a long time that I feel like I can dictate where I’m going career-wise, which is a sense of freedom that I haven’t necessarily had in my career before.”

He added, “What sold me (on enrolling) is this was the first time in this area a program like this was backed by a university. It has unlocked a lot of doors for me, and I’m able to not only go into the workforce but compete with people with strong technical backgrounds.”

UNC Charlotte’s Haines noted that each year, busy adults throughout the region register for UNC Charlotte Continuing Education programs and earn a variety of professional certificates, enabling them to accelerate their careers.

“Graduates of the Coding Boot Camp certificate program, in particular, can look forward to a favorable job market,” said Haines. “And we were happy to connect these talented new developers with employers at our Graduate Networking Expo.”

The next two Coding Boot Camps start this summer. The 24-week program, designed for busy working professionals, starts Aug. 15. Participants who are able devote to full-time study can complete the boot camp twice as fast if they enroll in the accelerated 12-week program that starts July 17. 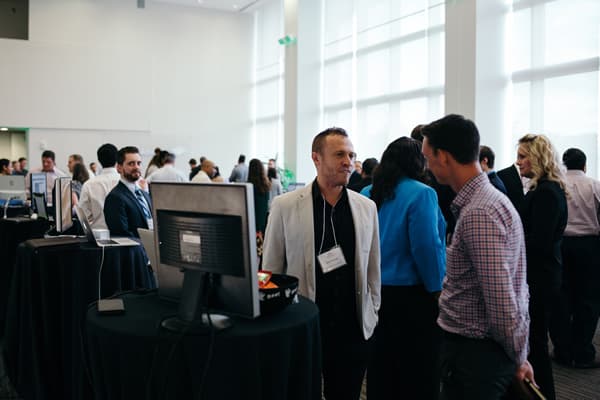