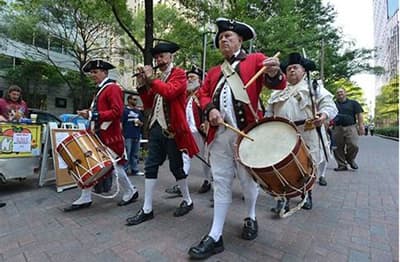 In Charlotte, “Meck Dec Day” is celebrated every year on May 20. As an observance of the first declaration of independence against British rule – more than a year before the country’s official declaration on July 4, 1776 – it remains unfamiliar to many Charlotteans. UNC Charlotte’s Atkins Library Specials Collections counts among its holdings a rare 1826 printing of the Mecklenburg Declaration.

Here are five things to know about this unique Charlotte holiday coming up on Sunday:

The Special Collections and University Archives at UNC Charlotte’s Atkins Library collects, preserves and provides access to unique materials on the history and culture of UNC Charlotte and the Charlotte region. Through rare books, digital collections, oral history interviews, the personal papers of our region’s notable individuals, the records of local organizations, local government documents, and the university’s own historically important records, these materials are heavily relied on by researchers and students alike to understand our community’s past through encounters with original primary source materials.

Tricia Kent is a documents technical assistant in the Atkins Library, Special Collections.