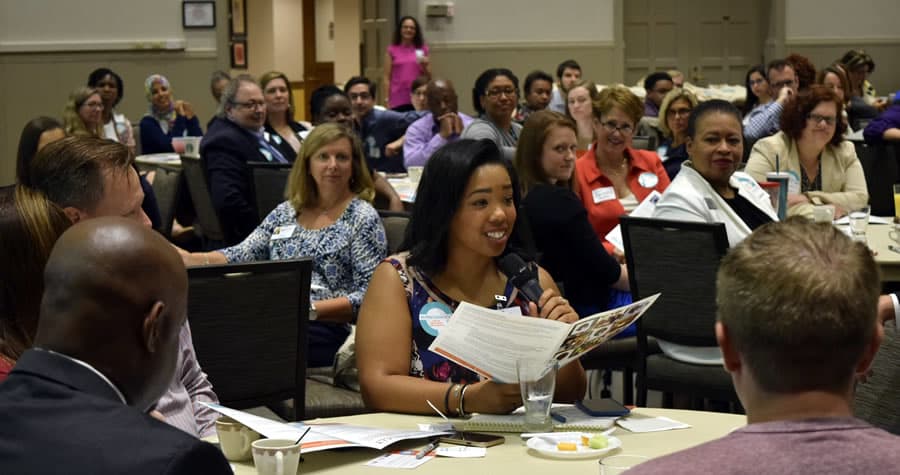 UNC Charlotte faculty, staff and students are invited to listen and share during campus discussions about the legacy of segregation in Charlotte on Wednesday, Oct. 24.

These discussions will be among many that will take place around the city being facilitated by On the Table Charlotte, an annual forum designed to spur conversation around a common topic, foster new relationships and inspire collaborative action to make positive change. Last year, an estimated 5,000 people across the region participated in dialogues in workplaces, libraries, homes and other locations in the community.

The UNC Charlotte events will be 12:15 to 1:15 p.m. and 4 to 5 p.m. in Cone University Center, Room 111. Register online. Students, faculty and staff can participate in either session. Refreshments will be served.

This year’s conversations will focus on the roots of segregation in the Charlotte region. Participants will revisit celebratory times in the region’s history, such as when Dorothy Counts and three other black students integrated Charlotte schools in 1957. They will revisit some unpleasant times, such as the bombing of homes belonging to Charlotte civil rights activists Kelly Alexander, Fred Alexander, Julius Chambers and Reginald Hawkins in 1965.

There may be discussion about recent periods of racial unrest, such as the police-involved fatal shooting of Keith Lamont Scott in 2016, and points of progress, such as the Brookings Institution in 2014 declaring Charlotte a “major-emerging gateway,” with immigrants comprising 15 percent of the population, up from one percent in 1990.

The overall goal of On the Table conversations is for participants to listen and learn and empower each other to find solutions to lingering problems in the community. The On the Table initiative, founded by the Chicago Community Trust, is offered by Foundation of the Carolinas and Community Building Initiative, with support from the Miami-based Knight Foundation.