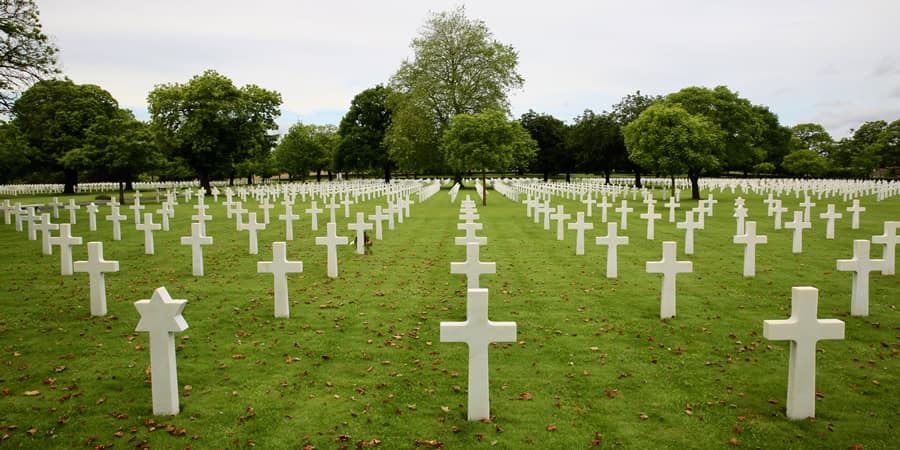 The UNC Charlotte Wind Ensemble, joined by the University Chorale and the Pride of Niner Nation Marching Band, will present “For Heroes Proved: A Veterans Day Concert” at 7:30 p.m., Sunday, Nov. 11, at Ovens Auditorium. Performed on the 100th anniversary of the end of World War I, this free multimedia concert will feature patriotic music and video from the marching band's summer performances at World War II sites in Normandy, France.

The program will include American favorites, such as “The Battle Hymn of the Republic,” “America the Beautiful” and the “Armed Forces Salute,” and two pieces by renowned film composer, John Williams: “Liberty Fanfare,” written in 1986 for the centennial of the Statue of Liberty, and “Hymn to the Fallen” from the movie “Saving Private Ryan.”

The centerpiece of the concert is a 12-minute work called "Lonely Beach (Normandy 1944)" by James Barnes, a contemporary composer from Kansas. University Communications has created a video to accompany the music that combines historic World War II footage with video from the Pride of Niner Nation Marching Band’s recent trip to France. The marching band served as the official band to represent the United States at D-Day commemorations in June.

Saturday, Nov. 17, is Military Appreciation Day as the Charlotte 49ers take on Florida International University at 2 p.m. in Jerry Richardson Stadium. Members of the 49ers football coaching staff will wear special hats in honor of the Wounded Warrior Project, and fans will be able to purchase the same hats in Barnes & Noble at UNC Charlotte with proceeds benefiting the project. During the game, active duty service members and veterans will be recognized, and the Charlotte 49ers is offering Seats for Soldiers, a program by which individuals can purchase game tickets to donate to service members/veterans. Individuals can request tickets at the same website.

The University’s Air Force ROTC program will participate in a parade of Junior ROTC units and veterans at the Military Appreciation Game, Nov. 17. Also UNC Charlotte Air Force cadets will run a memorial game ball from Monroe Airport to the Mint Hill Korean War Memorial before arriving at UNC Charlotte; the trip will cover 28 miles. A flyover by a C-17 from the Charlotte Air National Guard is scheduled, too.

Additional events planned for the University’s observance of Veterans Day include: