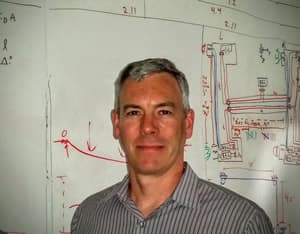 Rob Creighton, president and CEO of Windlift, based in Raleigh, will talk about airborne wind energy at 5 p.m., Tuesday, Nov. 20, in EPIC, G287.

Airborne wind energy (AWE) is the use of aerostats, planes and kites to capture wind energy without the expense of tower construction. When compared to traditional wind turbines, AWE can capitalize on more optimal aerodynamics and higher altitudes to produce energy at a fraction of the cost. Designs can differ, but AWE devices generally include a drone or airborne rotor tethered to the ground, thereby sending power captured at altitude to the ground where it can be used. Windlift is an engineering and computer programming company developing such a system.

Creighton holds an MBA from the University of Wisconsin-Madison; he conceived the idea for Windlift while working in a biotechnology lab in 2004.

EPIC Energy Seminars are free and open to students, faculty and the public. Registration is requested.