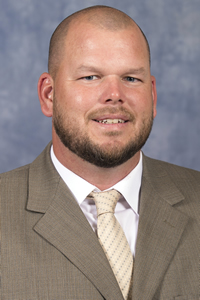 “Mark was such a critical part of our success last season,” said head football coach Will Healy. “He is incredibly deserving of this opportunity, which we believe gives us the best chance to provide continuity and take additional steps on offense. I greatly value Mark’s friendship and who he is as a person and a coach. This is someone I have trusted and thought highly of since I played for him in college, and it’s been a joy to have Mark and his family on this journey with us.”

“Coach Healy and I have a long history together, and I know what a fantastic coach and person he is,” Carney said. “I’m grateful that he is entrusting me with this position, and I can’t wait to continue what we began a year ago. I know our personnel and what we are capable of, and I’m excited to get to work with these guys in 2020.”

This past season, Carney was instrumental in the development of redshirt sophomore quarterback Chris Reynolds, who helped Charlotte’s offense put up school records for passing efficiency, passing touchdowns and rushing yards. Charlotte (7-6; C-USA: 5-3), which capped its most successful season with a first-ever post-season trip to the Bahamas Bowl, led C-USA with 203 rushing yards per game, ranked second in passing efficiency (148.63) and fourth in scoring (29.8 pts/gm) and total offense (414.5 yds/gm).

Read the entire story on the Charlotte 49ers website.