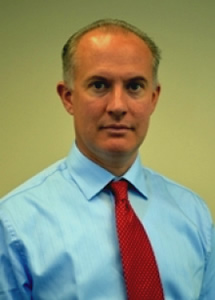 Weeks will discuss Margaret Myers' article “China's Road into Latin America,” focusing on how the Trump administration “continues to withdraw from the world stage, [and how] China is looking to fill the void.”

Questions he will address include: How does Latin America fit into China’s “One Belt, One Road” plan? How will the relationship with China affect the region? Should the United States be concerned about China’s growing sphere of influence?

Week’s extensive research includes Latin American politics, U.S.-Latin American relations and immigration. He is the editor of The Latin Americanist, a peer-reviewed, multidisciplinary journal supported by UNC Charlotte and Winthrop University. He is a published writer of numerous books, including “The Military and Politics in Postauthoritarian Chile,”,” U.S. and Latin American Relations” and  “Irresistible Forces: Latin American Migration to the United States and its Effects on the South,” a book he co-authored with his father, John Weeks.

He also co-edited “The Bachelet Government: Conflict and Consensus in Post-Pinochet Chile” with Silvia Borzutzky, and he manages a daily blog, “Two Weeks Notice,” which he started in 2006 and hosts an iTunes/Google Play podcast called “Understanding Latin American Politics.”

The Office of International Programs coordinates the annual Great Decisions lecture series for the Charlotte community to discuss foreign policy issues selected as pressing by the Foreign Policy Association. The series is coordinated in collaboration with Charlotte Country Day School, International House of Charlotte and the World Affairs Council of Charlotte.