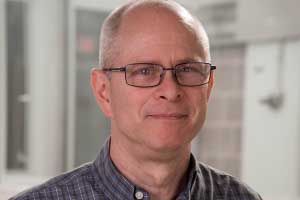 Lee Gray, architectural historian and senior associate dean for academic advising in the College of Arts + Architecture, has published his 200th article for Elevator World magazine, a leading international trade journal for the vertical transportation industry. Gray began writing a monthly column in 2003.

Gray is an expert on vertical transportation and the author of “From Ascending Rooms to Express Elevators: A History of the Passenger Elevator in the 19th Century.” His 200th article is the first of a two-part study of the first elevator in the Texas State Capitol. Installed in 1888, it was removed in the early 20th century. Through research, Gray has discovered who installed the elevator, what kind it was and how it worked.

Previous articles have ranged from the rather dryly academic (such as the three-part series, “The American Safety Code for Elevators and Escalators 1921-1931") to the potentially gruesome ("Elevator Accidents: Causes and Statistics") to the curious ("Elevator Music" and "Elevator Movies") to the comical ("Elevated Humor").

Read more about Gray's work and how he became the only full-time elevator historian in the world.