What’s in a name? The story behind UNC Charlotte becoming the 49ers 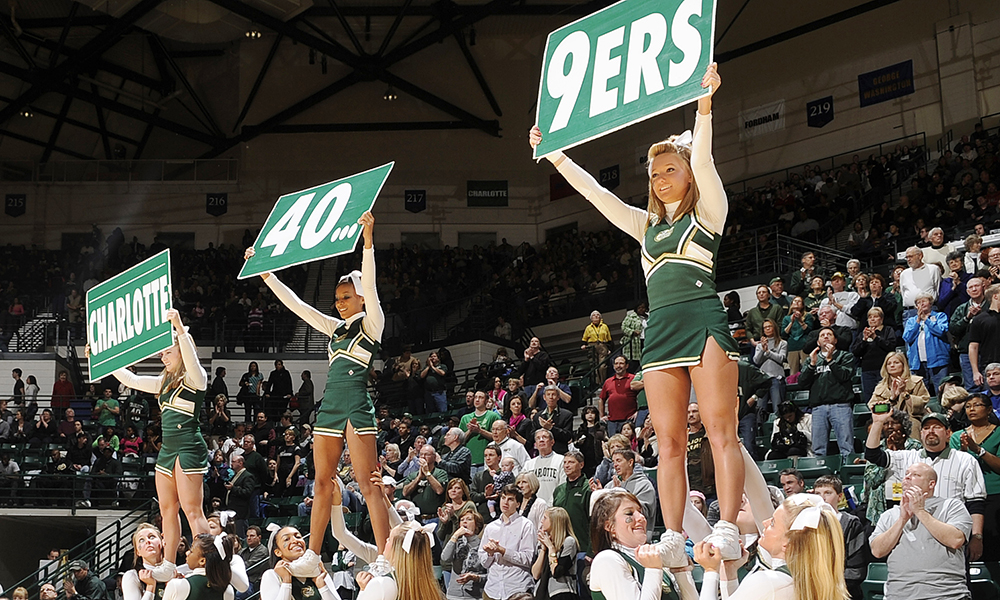 We’ve all heard the chant: FOR-TY! NI-NERS! From football games to commencement, wherever Niner Nation is gathered, you’re sure to hear it.

It’s a rallying cry for all of Niner Nation, a declaration of the common ground we share—a love for UNC Charlotte and a desire to see it thrive. It’s a reminder that together, we are all Niners!

But how did the University become the 49ers? To recognize 4/9 Day, we share our story of perseverance and resilience. 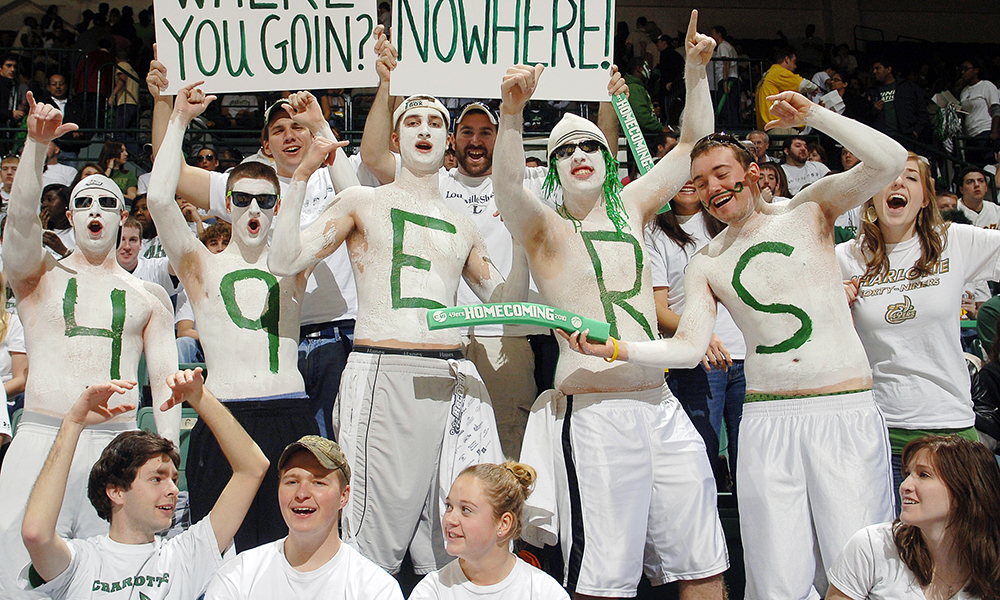 The "49ers" moniker was chosen in recognition of the importance of 1949. UNC Charlotte originally began as the Charlotte Center in 1946, founded to serve the educational needs of veterans returning from World War II—one of a handful of similar institutions across the state. In 1949, North Carolina began to close these centers as demand decreased.

However, Bonnie Cone, the University's founder, and her supporters were keenly aware of the region’s need for a public institution of higher education. In a dramatic turn of events, Charlotte College was officially established that same year. Were it not for the tenacity and determination of Miss Bonnie, as she was affectionately known, and other city leaders, UNC Charlotte might not exist today.

Thanks in part to that can-do attitude and pioneering spirit, and in honor of the year 1949, the University officially adopted the “49ers” nickname.

The “49ers” nickname wasn’t officially adopted until 1961. During its early years, the school’s nickname was the Owls because the institution operated primarily at night—and even fielded a football team (pictured below). However, the rapid evolution from a night school to a more traditional college prompted the student body to reevaluate the name—and the school colors. In 1961, following a student vote, the “49ers” nickname was officially adopted with light blue and white replacing maroon and gray as school colors.

And four years later, in 1965, Charlotte College became the University of North Carolina at Charlotte when it officially joined the UNC System as its fourth member; another student vote was held changing the school colors to green and white.

Read more: Before they were the 49ers: Former Owls player excited for bowl game 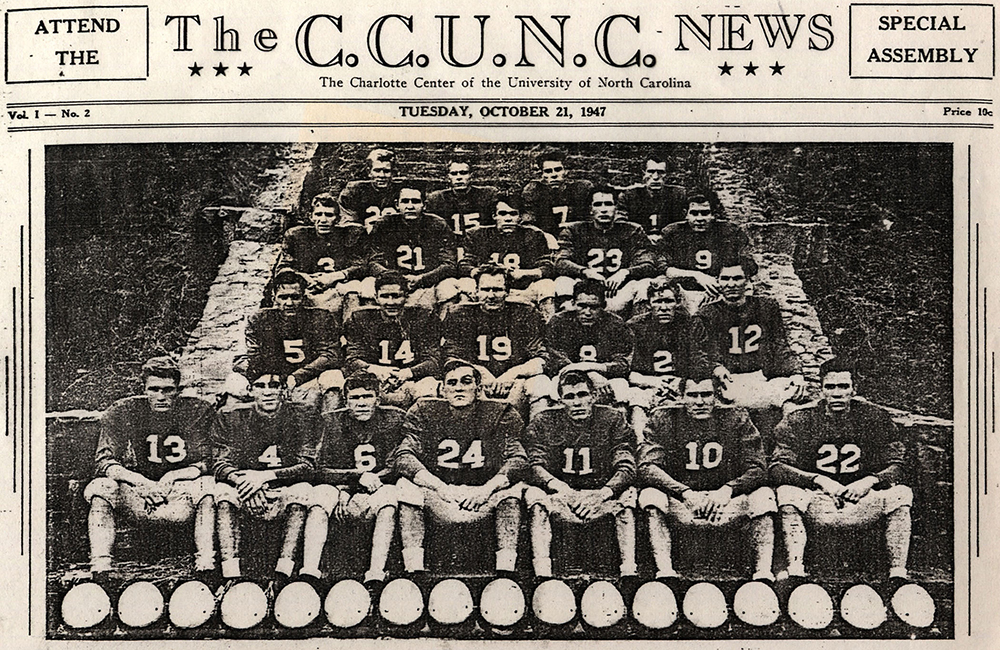 There are quite a few lucky occurrences and coincidences related to the 49er nickname.

The “49er” nickname is a nod to the pioneering spirit and determination, displayed by the miners during the California Gold Rush of 1849. University leaders, students and alumni have adopted those same characteristics, which have fueled the institution’s dramatic growth. The school’s mascot, Norm the Niner, is a gold miner by trade. 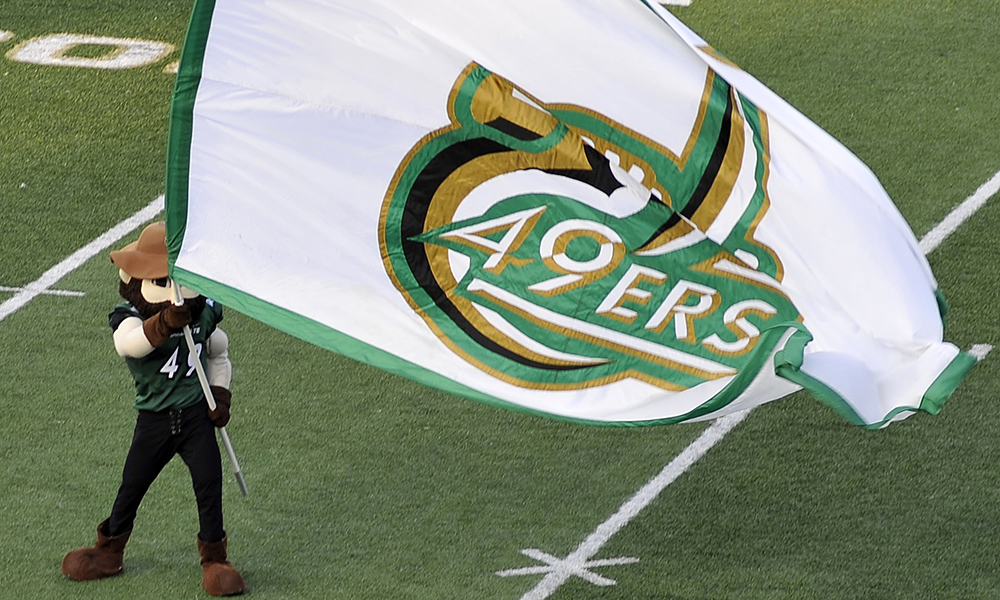 The Charlotte 49ers football coaching staff recognizes a player each game with the honor of wearing the No. 49 jersey. The player is selected by the coaching staff for best demonstrating the standards that reflect the culture of the 49ers.

The first player to wear the honorary No. 49 was defensive lineman Larry Ogunjobi, who also is the first 49er drafted to the NFL. Ogunjobi wore No. 49 for the 49ers inaugural game against Campbell on August, 31, 2013. He would go on to be selected by the Cleveland Browns in the third round of the 2017 NFL Draft. Ogunjobi, who normally wore No. 65, was the 65th pick in the draft.

During the inaugural season in 2013, the back of the No. 49 jersey replaced the player’s name with one of the program’s four G-O-L-D standards: Grit, Opportunity, Leadership and Determination. 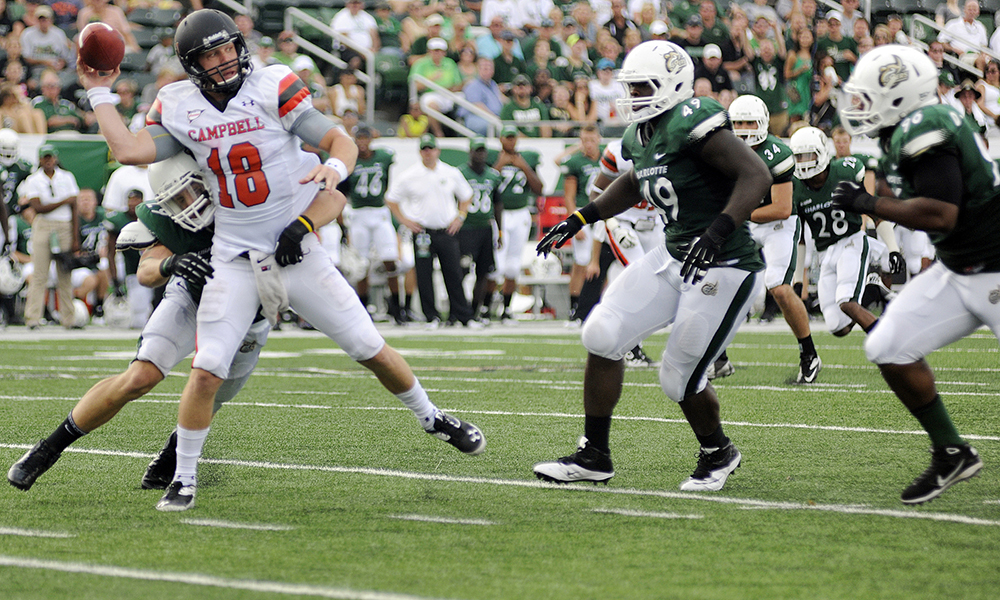