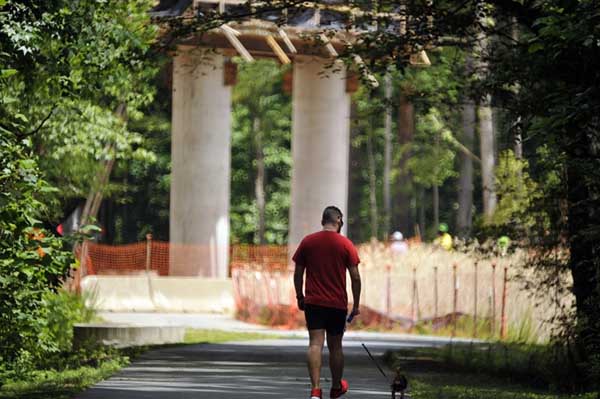 As unemployment rises and schools remain closed, the coronavirus crisis is highlighting some of the many inequalities in the Charlotte region. Ely Portillo and Christa Wagner Vinson with the UNC Charlotte Urban Institute recently posted articles exploring COVID and these imbalances.

Portillo focused on parks and greenways, broadband access and transportation.  Key points he made included:

Vinson, in her article about digital divide inequities, stated North Carolina has poor broadband (or high-speed internet) outside of most cities and towns. Almost all 100 counties in the state include rural areas with little or no broadband.

The North Carolina Broadband Infrastructure Office (NCBIO) estimates 20 percent of school-aged children statewide have poor or no internet service at home. She noted it is important to consider why home-based internet adoption in certain areas is lagging.

A new map from NCBIO shows how broadband adoption tracks closely with other measures of affluence: wealthier counties have higher levels of subscribers. Research suggests adoption is correlated to a range of issues beyond income including age, presence of children, access to computing devices and educational attainment, according to NCBIO. In this region, Mecklenburg County has an adoption score of 81.7, neighboring Stanly County scores 50.1, and Montgomery County just 14.