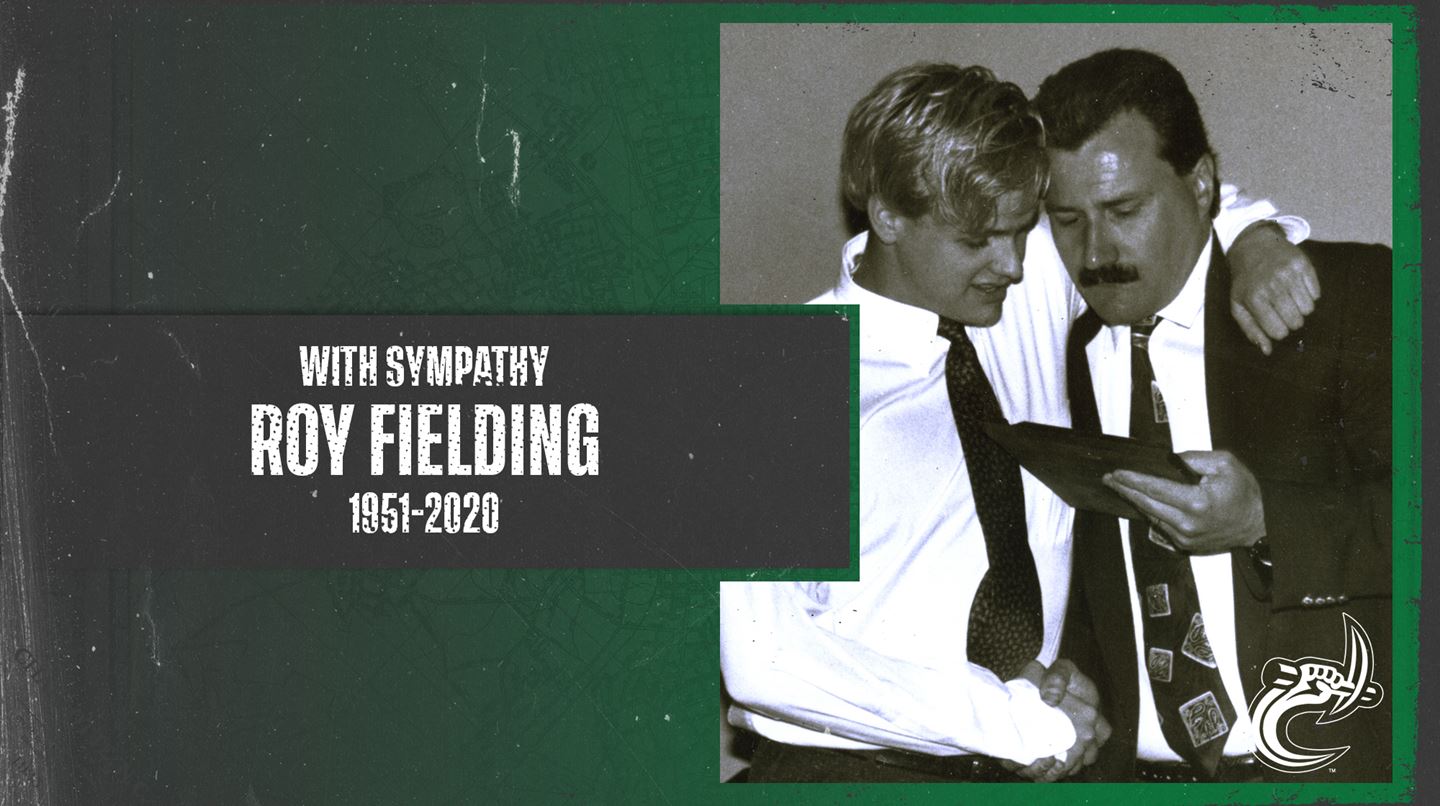 Fielding, who had been a fixture at UNC Charlotte from 1977 through his recent retirement, served as lecturer, aquatics director and senior lecturer in the Department of Kinesiology. UNC Charlotte's Belk Gym Pool was named "The Roy R. Fielding Aquatic Center" in his honor.

“Roy Fielding leaves behind a legacy of mentoring students, faculty and staff,” said Dave Bellar, chair of the Department of Kinesiology. “He touched the lives of many and the department and University are better as a result of his caring and compassionate nature. He will be deeply missed, but he has left behind a lasting legacy.”

Known as "The Pool Professor," Fielding recently was named one of the most influential individuals in aquatics in the United States by Aquatics International Magazine. He is a member of the University of Northern Iowa Athletic Hall of Fame for swimming and the School of Health, Physical Education and Leisure Studies Hall of Excellence.

Fielding continued to support the 49ers following his stint as head coach and was a valuable resource for the Athletics Department and the University throughout his longstanding tenure.

"Roy was a huge fan and supporter of Charlotte 49ers Athletics," said Mike Hummer, executive director of the 49ers' Athletic Foundation. "He was a regular at 49ers basketball and football games.  He was an original FSL holder and enjoyed tailgating with family and friends.  He was a consistent and generous contributor to the Charlotte 49ers Athletic Foundation helping provide scholarship assistance for student-athletes. Roy will be thoroughly missed by all of us with the Charlotte 49ers who were lucky enough to call him a friend. Our heart breaks for the loss of Roy and our thoughts and prayers are with Mary Gaye and the entire Fielding family."

No public services are scheduled at this time; online condolences can be offered.

A crowdfund campaign has been created to support memorial gifts for Roy Fielding, a kinesiology student scholarship and a 49er Athletics development fund.