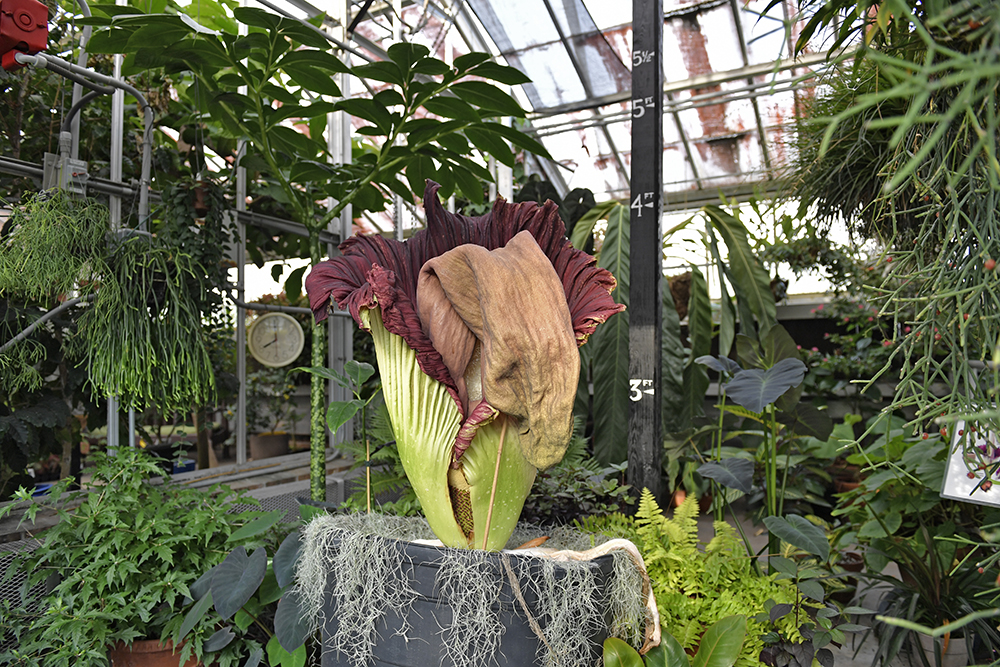 Rotney the Magnifiscent bloomed for a second time earlier at the UNC Charlotte Botanical Gardens. The Titan Arum, also known as the “corpse flower,” started to open on Saturday, June 6 around 11:30 a.m., reaching full bloom during the early hours of Sunday, June 7.

While the McMillan Greenhouse is currently closed to the public due to COVID-19, fans of the well-known Titum Arum were able to watch its progression on a special live stream.

Rotney, named by a Facebook contest in 2018, and his “twin” Odie were acquired in 2008 and were believed to be about two years old at that time. Odie, named after Odoardo Beccari, the Italian naturalist who discovered the Titan Arum in Sumatra in 1878, bloomed for the first time in 2015. Rotney, however, struggled to put up a flower bud. His corm — a short, vertical, swollen underground plant stem that serves as a storage organ that some plants use to survive winter or other adverse conditions — was filled with pockets of rot and his caretakers at the greenhouse were unsure that he would ever have a flower bud.

Luckily, in April 2018, at the age of 12, Rotney developed a flower bud, and on May 3, 2018, he opened into a beautiful, healthy bloom. More than 2,000 people visited Rotney to experience the infamous stench of rotting flesh that gives the Titan Arum its nickname, “corpse flower.”

While in full bloom, orchid curator Mary Duke and retired orchid curator John Denti attempted hand pollination of Rotney’s ripe flowers with pollen that was taken out of deep freeze from Scarlet, a Titan Arum from Ohio State University. This pollination was not successful; however, Duke was able to collect pollen from Rotney’s male flowers, and greenhouse manager Tammy Blume used that fresh pollen to pollinate Odie, who bloomed three weeks later on May 25, 2018. This was the first time the University pollinated two of its own Titan Arums. 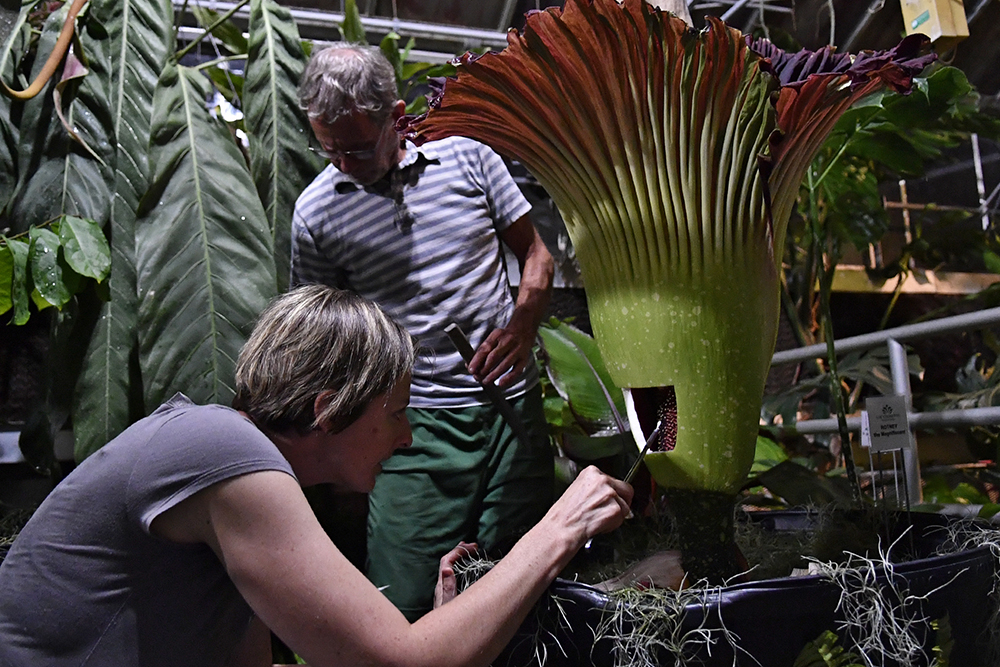 Fast forward to April 2020, after putting up just one leaf cycle and earlier than expected, Rotney began to develop another flower bud. Last week as Rotney entered into his rapid growth phase, it became evident that at some point in his development, there was a malformation in the structure of the spadix (a type of spike inflorescence having small flowers borne on a fleshy stem). While the spadix typically grows straight, Rotney’s spadix was growing in an unusual direction. 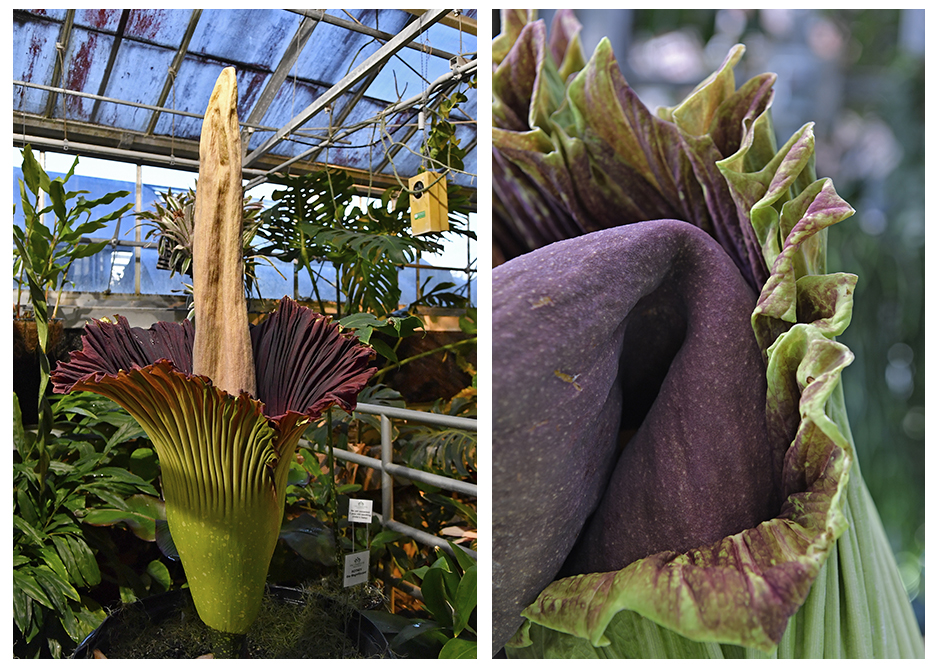 Rotney the Magnifiscent is the third Titan Arum to bloom in the history of the UNC Charlotte Botanical Gardens. Titan Arums produce the world’s largest floral structures; they can grow to 10 feet in height. They normally open in the evening and the intense odor only lasts for 12 hours. The bloom stayed open (with a much lighter odor) for only a couple of days.