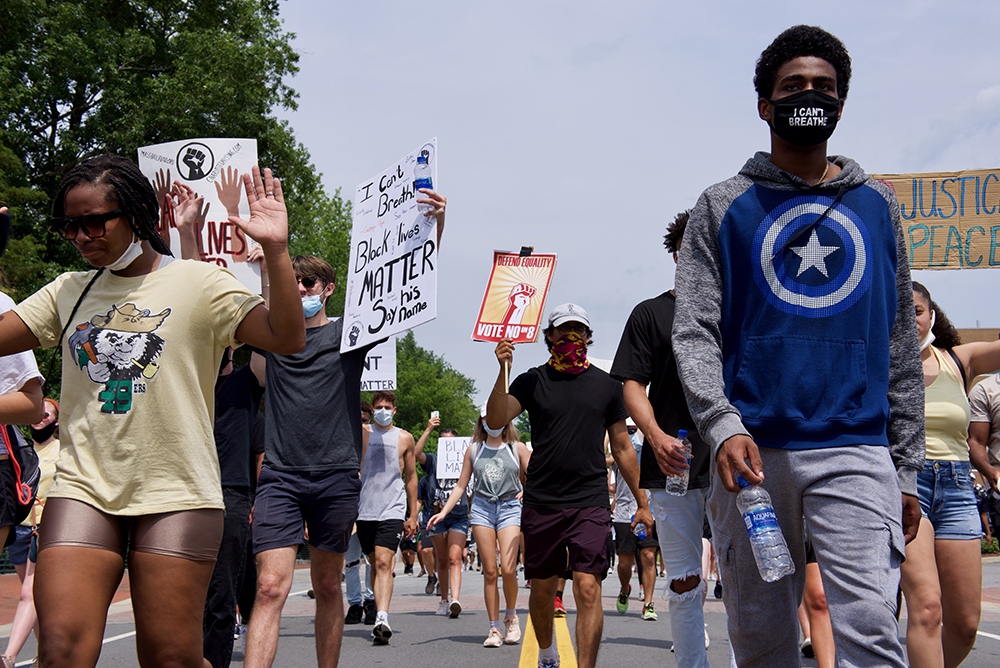 UNC Charlotte students gathered on Saturday, June 6, for the first time since leaving campus in March due to the COVID-19 pandemic to lead and participate in the March to End Injustice. The peaceful, three-mile march from North Tryon Street and J.W. Clay Boulevard to the Popp Martin Student Union was organized by students in response to the death of George Floyd, who died while he was handcuffed and forcibly restrained by officers from the Minneapolis Police Department on May 25. It is one of many demonstrations taking place in Charlotte and other cities nationwide since Floyd, who was black, died and the police officers involved were charged with his murder.

"Enough is enough," said Joshua Mason, a junior from Maryland who transferred to UNC Charlotte last fall, referring to the documented mistreatment of black U.S. citizens by some police officers. "We need to stand up to injustice to make change," he continued before announcing to the assembled crowd the availability of facemasks and encouraging all participants to wear them to keep one another safe from the virus that causes COVID-19.

"The time is always right to do something that is right," said Christine Reed Davis, associate vice chancellor for student affairs and dean of students. "This generation of students is using their voice and connecting with each other across the country through social media to make way for change." 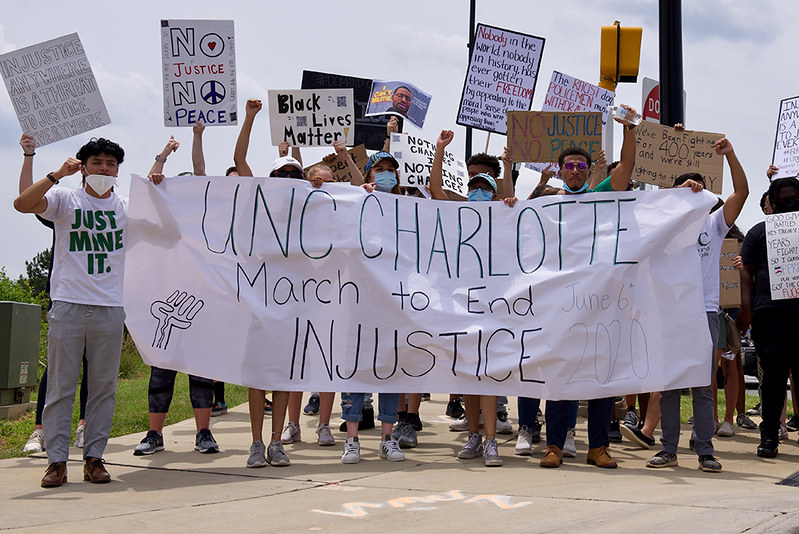