The successive reoccurrence of such horrific events has served to reawaken historical wounds of anti-Black terrorism and racial trauma for African Americans. The cumulative impact of micro-aggressions of white hegemony and the macro-assaults of racial violence—from slavery to sharecropping, from convict labor to mass incarceration, from lynchings to massacres of entire Black towns from segregation to Black disenfranchisement—reminds us that Black folk have been in a continuous battle for humanity and equality for centuries.[2]
As a religious studies scholar and historian in the study of African American religion, my research on racism in America has often addressed the myths, rituals, and communities that shape racist cultures and mindsets. Myths and rituals are some of the main elements of American racism; particularly when we observe the repetitive scenes of anti-Black violence and the proliferation of pejorative stories that reify historic Black stereotypes in social media. The religious structures within American racism have made certain skin-colors sacred while making others profane. Religion also has been used to combat racist paradigms and cultures. For African Americans, the local Black Church, though varied in its expression and activism, has been a vehicle for social political change and empowerment against white hegemony and anti-Black violence. My book, “Race, Religion, and the Pulpit: Reverend Robert L. Bradby and the Making of Urban Detroit” (2015), addresses the intersections of racism and religion through the lens of Detroit’s first African American Church, Second Baptist and its 19th pastor, Rev. Robert L. Brady. Racism was interwoven in the social-religious fabric of Detroit in the 20th century, yet local Black churches in the city used religion to empower their communities and confront police brutality.

The racialized religious structures that were embedded in state-sanctioned violence across America in the 20h century are still present day. The police brutality we see today is a by-product of America’s historic proclivity to erase Black suffering and avoid the work needed to heal the racial traumas of its non-White citizens. I discuss this point further in a co-written article with Dr. Shannon Sullivan titled, “Rituals of White Privilege: Keith Lamont Scott and the Erasure of Black Suffering,” where we explore the police shooting of Keith Lamont Scott in the city of Charlotte.

George Floyd’s death has caused many people to demand new laws that reform American policing tactics. However, laws must be backed by genuine conversations between police and the communities they serve. Floyd’s death exposes the unhealed wounds of America’s racial past and until entire communities — non-Whites and Whites — discuss this past, reform measures will not be enough to keep Black people alive. The salient chant of Black Lives Matter protestors’ call for strategies for justice, healing, and societal reform that de-structure pejorative myths and disrupt rituals of anti-Black violence is crucial to understand, hear, and heed if true racial peace is to be achieved in America. Yes, all lives do matter, but so many people have ignored the critical fact the Black people’s lives matter just as much as White people’s. A human being is a human being no matter the color of their skin, their gender, or their economic class. At a time when COVID-19 has disproportionally affected African Americans, the chant of Black Lives Matter is all the more vital. 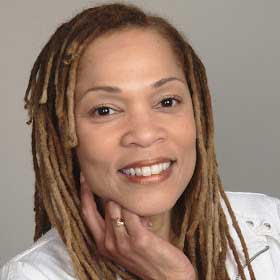 Julia Robinson Moore, Ph.D., is an associate professor in the UNC Charlotte Department of Religious Studies. She teaches courses in African American religion, religions of the African Diaspora and racial violence in America.

[1] Kali Nicole Gross, “By Remembering Our Sisters, We Challenge Police Violence Against Black Women and Legacies that Eclipse these Injustices,” (May 31, 2020), Association of Black Women Historians (accessed June 1, 2020).

[2] Evelyn Brooks Higginbotham, “From the ASALH President on the Killing of George Floyd”, Association for the Study of African American Life and History, Inc., (May 31, 2020), (accessed June 1, 2020).