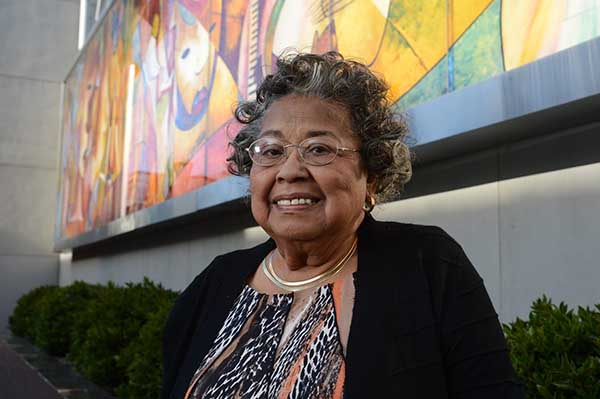 Mary T. Harper, Ph.D., who played an important role in mentoring and teaching students at UNC Charlotte, developing African American studies at the University and in preserving the African American story in the Charlotte community, died on Oct. 1, 2020.

Perhaps Harper’s most visible legacy is the Harvey B. Gantt Center for African-American Arts + Culture, originally called the Charlotte-Mecklenburg Afro-American Cultural Center. She co-founded the center in 1974 with Bertha Maxwell-Roddey, Ph.D., also of UNC Charlotte. Their research uncovered a need to preserve history and landmarks of significance to African Americans in Charlotte, particularly as urban renewal projects demolished Black neighborhoods. The two received the prestigious Order of the Long Leaf Pine in 2014 in honor of their work.

Harper also spent untold hours as a member of UNC Charlotte’s committee to form and develop curriculum for the Black Studies program, which led to today’s Africana Studies Department.

While Harper’s influence changed institutions, her legacy also can be found at the personal level among students and colleagues at UNC Charlotte. She mentored scores of students through the years, particularly providing a touchstone for first-generation college students for decades and maintaining her interest following her retirement in 1991.

In recognition of her dedication, and that of fellow faculty member Herman Thomas, alumni and friends created the Harper-Thomas Legacy Endowment Fund for Study Abroad.

“When we came to UNC Charlotte, we were on a journey, and a lot of us really didn’t know where we would end up,” said Robyn Massey, ’81, who helped form the endowment. “What Dr. Thomas and Dr. Harper provided us was a roadmap to help us understand who we were as individuals and also how to best navigate the course here at UNC Charlotte.” 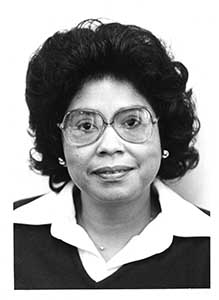 Harper described it this way. “There was an opportunity to help them to develop self-confidence, to feel equal, to learn how to function in a multicultural society, to develop a sense of pride, to help them develop leadership abilities. Some of these students came not realizing the potential that they possessed, and it was as if we were the key that unlocked this door to their potential.”

Colleagues Boyd Davis and Ann Carver recall their years of collaboration in the Department of English with Harper, who was known as a masterful teacher.

“Mary was one of the most elegant ladies I’ve ever known,” Carver said. “She was also one of the most formidable. She held her students to the highest of standards and, at the same time, accepted each student at the student’s level of knowledge and skill in order to guide that student to his or her highest potential and meet her standards. If a student would work, Mary was there to help the student progress. If a student refused to work, woe unto that student. Mary is the only person I know who elicited admiration, affection, and terror in equal amounts and all at the same time.”

Davis recalled a time when this unique approach came to life in the classroom.

“She and I were team-teaching one of the 101 sections and the students were having some problems early in the fall semester with an excerpt by James Baldwin from ‘The Fire Next Time,’” Davis said. “Mary Alice asked them to look at the rhetorical style Baldwin was using. Eventually everyone confessed that they had no idea what ‘rhetorical style’ might be.”

When the students arrived for class the next time, they noticed the department record player and speakers set up on the desk. In her most regal manner, Harper told the students that on this day, they would learn what rhetorical style can mean, and do, and be.

“She played Jimi Hendrix’s Woodstock performance of the national anthem, and not softly, either, to a dumbfounded audience,” Davis recalled. “And then she preached Hendrix. She preached the chords and the glissandos, the clashes in the chords, the shifts in rhythm and speed, she preached the rock, the roll and their roots in the blues. She preached the promise and the heartbreak of the American dream. ‘Now,’ she said, ‘now that you know rhetorical style, tell us what Baldwin is saying and how he is telling it’ ”

“She helped me understand and appreciate the history of the English Department, and she provided me with insights into the nature of our students, especially our first-generation college students,” West said. “I remember her talking about these students' academic potential, and I remember her encouraging me to help these students realize their potential.”

Harper joined UNC Charlotte as the first Black full-time faculty member in UNC Charlotte’s English Department in 1971, after teaching at Newbold High School in Lincolnton, North Carolina, the Charlotte-Mecklenburg Schools, Barber-Scotia College and Johnson C. Smith University. She earned a bachelor’s degree in English from Livingstone College in Salisbury, North Carolina, a master’s degree in education from UNC Greensboro and a doctoral degree from the Union Institute in Cincinnati, Ohio.

For those who wish to support Harper’s legacy at UNC Charlotte, memorials may be made to The Harper-Thomas Legacy Endowment for Study Abroad, found via the search box at giving.uncc.edu. This perpetual merit-based award supports students’ international educational experiences with preference given to self-identified first-generation college students from underrepresented populations.

Image courtesy of Harvey B. Gantt Center for African-American Arts+Culture