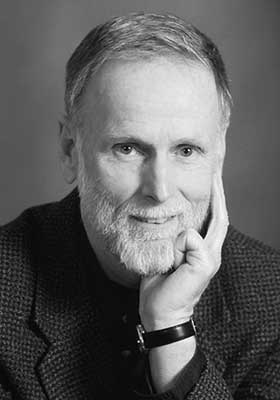 "Jeff was the epitome of an outstanding professor: a master teacher, a nationally recognized scholar, and a colleague who made major contributions to the development of international studies at the University,” a former chair of the department said. Others in the department described him as a wonderful teacher, colleague, and human being.

A celebration of Meyer’s life will be held at a later time. The family has indicated that memorials may be given to the UNC Charlotte Botanical Gardens or Charlotte Friends Meeting.

In an interview, Meyer described where he has found joy in life, including exploration and travel, learning about nature (in the manner of poet Mary Oliver) and exploring foreign lands and people.  “I’ve spent, for example, about three years of my life in Asia, mostly China and Taiwan, amazed and intrigued at times at how different these cultures are from my own, and at other times marveling at how much alike all of us are, from the east or west, as human beings,” he said.

Meyer’s scholarship and teaching focused on Daoism and Buddhism, drawing from his proficiency in ancient and contemporary Chinese. He was honored and recognized for his work, including his selection to receive UNC Charlotte’s Faculty International Education Award in 2005. He also taught for a year at Kingston University in London and for a semester at Beijing Normal University, furthering his scholarship and sharing his expertise.

His books include “Myths in Stone: Religious Dimensions of Washington, D.C.” (University of California Press) and “The Dragons of Tiananmen: Beijing as a Sacred City” (University of South Carolina Press). In retirement, Meyer turned his writing interests to fiction. His first novel, “A Call to China,” published in 2016, won the IBPA Benjamin Franklin Silver Award for excellence. His second novel, “Crooked Lines,” was published in fall 2020.