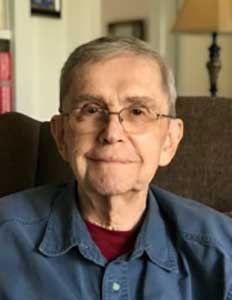 Bonnie E. Cone Distinguished Professor of Teaching Emeritus John Lincourt died Dec. 14, 2020, at the age of 79. Described as a gifted teacher dedicated to helping students grasp complex concepts, Lincourt was a faculty member in the UNC Charlotte Department of Philosophy for 33 years until his retirement in 2006.

Lincourt was the founding director of the Center for Professional and Applied Ethics in 1996 and served in that role until 2002. Under his leadership, the center emphasized ethics-related services to local and regional professionals, including ethics audits, seminars, in-service ethics education, individual case consultations, and speaker series.

In 1994, Lincourt was the second Bonnie E. Cone Distinguished Professor for Teaching. He received the NationsBank Award for Excellence in Teaching (now the Bank of America Award for Teaching Excellence) in 1985. In 1982, he received the North Carolina Carnegie Professor of the Year award, presented by the Council for Advancement and Support of Education and sponsored by the Carnegie Foundation for the Advancement of Teaching.

Read Lincourt’s obituary on the Tribute and Tallent Funeral and Cremations website.