Why We Need Africana Studies

Toward a more just future

Ida B. Wells Barnett, under the threat of death, chronicled lynching in the United States. Septima Clarke through the Highlander School and the literacy and citizenship schools taught political literacy to oppressed Black individuals in the United States. Amílcar Cabral, a leader in the liberation movements of Guinea-Bissau and the Cape Verde Islands, resisted colonialism as a means for achieving freedom for African peoples and nations. Across time and space, these individuals and countless others valiantly fought for the liberation of African and African descended peoples. They were willing to risk their lives in their challenges of what we now call systemic racism and other power structures that limited the freedoms and life options of African and African descended peoples. This fight for liberation and an imagination for a more just future influenced what we now know as Black Studies.

Liberation is the foundation of Africana Studies (also known as African American, African and African American, African Diaspora, and Africology). Born out of the U.S. 1960s freedom struggles for Black liberation, higher education began the process of institutionalizing the study of Black peoples and Black liberation. In 1968, the first Black-studies department was started at San Francisco State College. Shortly after that UNC Charlotte saw its first iteration of Black Studies.

A History of the Department

A student organized movement at UNC Charlotte led to the establishment of what we now refer to as Africana Studies. This student-led movement to establish Black Studies began on Feb. 27, 1969 when approximately twenty Black identified students walked into the office of the Vice Chancellor for Student Affairs, Professor Bonnie Cone. Steered by Ben Chavis and T. J. Reddy, the student group presented the University administration with 10 demands. Included in these demands were:

On April 17, less than two months later, the University established the Black Studies Program Creation and Institutionalization Committee. This committee consisted of chairs and faculty of several departments in the Division of Humanities and several Black students, including Ben Chavis and T. J. Reddy. Dr. Ann Carver, an assistant professor of English, was appointed chair of the committee.

In September 1971, the committee strongly recommended that establishing a Black Studies Program be a priority of UNC Charlotte, and they suggested that this program be led by a Black director. That same month, Chancellor Dean Colvard appointed Professor Bertha L. Maxwell (later, Maxwell-Roddey), a retired school principal and recently appointed professor in the School of Education, as the first director of Black Studies. Professor Maxwell-Roddey in collaboration with varied stakeholders, including Charlotte community members, worked to delineate the intellectual mission and curriculum for the program. Under her tutelage, the program evolved into the Department of African-American and African Studies in 1982, when it also developed a bachelor’s degree program. Four years later the minor in African-American and African Studies was organized and offered. In 2006, under the direction of the Department’s chair Dr. Mario Azevedo, the Department’s name was changed to the Department of Africana Studies as a means to emphasize the comparative African diaspora paradigm.

Africana Studies in the 21st century

The Africana Studies Department at UNC Charlotte, similarly to other first-generation Black Studies programs and departments across the United States, evolved from the needs of the community and students. As such, we organize ourselves to be grounded and responsive to the community as opposed to simply an academic effort. Through this lens, we are better able to understand our positionality both in relation to the College and the University. What this means is that our, and the Black Studies field in general, pedagogical and epistemological approaches are rested in a socially functional approach that advocates justice for our community and recognizes the full humanity of our students and faculty.

I reflect on the disproportionate impact of COVID-19 and related longstanding disparities, the current economic crisis and the seemingly rise in racial violence and unrest that result, in part, from police brutality as a way of understanding the value of Africana Studies. The interdisciplinarity of Africana Studies affords us with varied vantage points, theories, methods, etc., within which to not only understand systemic racism, but more importantly with an opportunity to chart a different future — this is what we mean when we say that Africana Studies is socially functional.

The Africana Studies Department at UNC Charlotte, with its emphasis on community engagement, scholarly activism and deep mentoring of students, has addressed racism and inequality since 1971. Driven by the “big problems” such as anti-Black racism and equity among others, Africana Studies at UNC Charlotte is driven by our commitment to challenge oppression AND create positive change. We continue to do the work of Ida B. Wells Barnett, Septima Clarke, Amílcar Cabral and countless others who tirelessly worked for freedom and justice. 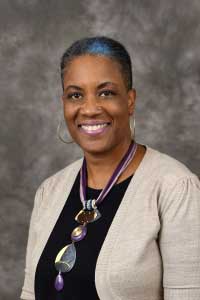 Julia Jordan-Zachery, Ph.D., is professor and chair of the Africana Studies Department, and the author of the award-winning book “Black Women, Cultural Images and Social Policy” and “Shadow Bodies: Black Women, Ideology, Representation and Politics.” She also serves as president of the Association for Ethnic Studies.