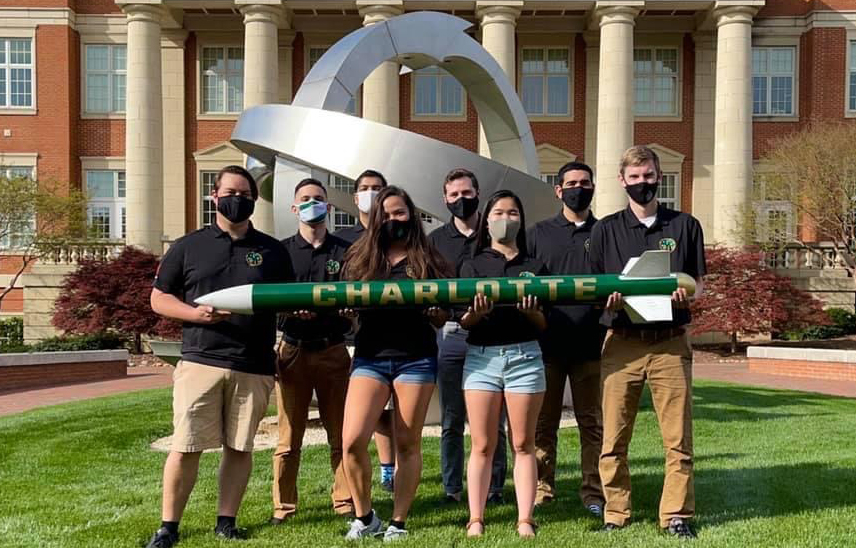 For the 2021 competition, teams competed remotely and submitted their designs, papers, finding and test results to NASA. Judges reviewed all of the data from the 46 teams and announced winners during a virtual ceremony.

"This season wasn't easy. It wasn't normal. But you all succeeded despite the challenges. So, congratulations to all of you for seeing this mission to completion,” said Sen. Bill Nelson, NASA administrator, during the ceremony. "This year's challenge will hopefully serve as an inspiration for a lifetime of learning," he said. "Someday it may be you designing a new spaceflight system or spacecraft or even a vehicle to land on another planet."

Riley McBride, a Mechanical Engineering major, served as the team lead for the 49ers. “This was the smallest team we ever had,” he said, “so we all played a lot of different roles. But everyone worked well together, and obviously things worked out in the end.”

In the past few years, the 49er team finished second in the overall competition, always behind Vanderbilt.

“It was a very good feeling to finally win the entire thing,” McBride said. “We put in a lot of hours this year, and it ended up being worth it.”

In addition to McBride, the other student team members were: