Welcome to "The Oh Show"

From homeless to rising media maven, Ohavia Phillips ’15 is on a personal quest to find her voice while transforming media for the next generation.

But what do you do when your route isn’t marked? According to Phillips's mother, "You don't make excuses, you make it happen."

So, Phillips is blazing her own trail in the media industry, charting a path she hopes will teach the next generation of aspiring minority journalists that positive news is its own beat while inspiring them to be the representation the industry currently lacks.

For Phillips — a mass media major with a minor in journalism — that meant launching her own talk show, “The Oh Show,” created to be a beacon of positivity within a sea of negativity. It's a platform that shines a light on upbeat news taking place across the city of Charlotte — and features a proud Afro-Latina who always shows positivity on the air. 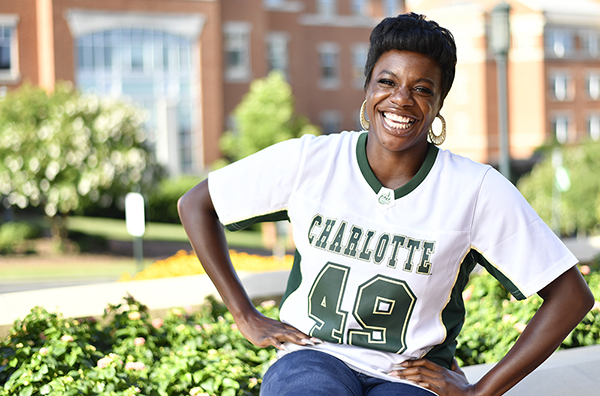 While Phillips found her voice through positivity, her journey is not without challenges. She was born in Brooklyn, New York, to a single-parent household, the oldest of five children. Despite the hardships she faced while growing up — including living in a shelter with her family for some time — the premium her family placed on hard work and happiness prevailed.

“I learned at a young age, from my mother’s example, to always ‘make it happen’ despite the challenges — and to lead with love in all things because love is more powerful than hate.”

WELCOME TO ‘THE OH SHOW’

For Phillips, “The Oh Show” is her opportunity to pay forward all the love and support that’s been poured into her over the years. She acknowledges that without the backing of her friends, family and community, she wouldn’t be where she is. She credits her time at UNC Charlotte as essential to her development.

“UNC Charlotte has been nothing but a blessing to me. It’s everything to me. It’s more than a campus, it’s a community,” said Phillips. “Education had a lot to do with not only my journey but my healing. So many people pulled up for me, so I want to pull up for them. Remember, we don’t make excuses, we make it happen!”

Like any good talk show host, Phillips has a lot to say and her own way of saying it. She shared some insight into her background, “The Oh Show” and the special place UNC Charlotte has in her heart.

You started your career as a TV reporter but left the industry to launch “The Oh Show.” What inspired the career change?

I worked as a reporter during the Keith Lamont Scott protests but hated the way the networks covered it. But I stayed to cover that important community event, to do right thing for Black and LatinX stories. I knew the best way to bring truth to issues and stories that plague those who look like me was to do it myself.

I pushed to cover the positive stories taking place during that time across the city, but my boss never saw the value in the stories. That was honestly the final straw for me.

I resigned from my job as a reporter to focus solely on launching “The Oh Show.” This show is near and dear to me because I’ve been told that because of my accent, my look and my ‘Blackness,’ something like this couldn’t be done. But it can, and you don’t need a major network to make it happen. Serve where you are, lead with love and make an impact there. If you remember your people, your people will always remember you.

You say you want to inspire the next generation of journalists. What inspired you to pursue this career path? 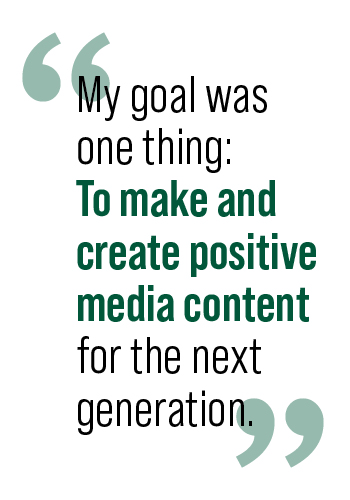 I’ve wanted to be a journalist since I was a kid because, for one, I didn’t see any Afro-Latin people behind the news desk. That always bothered me. But I was also very inspired because I knew not all news was bad, yet all I saw was bad news. There are amazing people in the community who are making amazing sacrifices for the good of others — where’s their highlight? When do we put the spotlight on those people who are pulling up for others and tackling community issues?

The first time I engaged with somebody from news was when I was in middle school. I was being interviewed for a story, and I was captivated. I was like, “What is this called?” He said it was journalism, and I was hooked. I kept in contact with that reporter, and I’m so grateful because by the time I got to UNC Charlotte I was certain of my passion.

I knew I wanted to tell positive media stories, and I knew I no longer wanted to complain about who I didn’t see on TV or the lack of representation, I was just going to be it. My goal was one thing: to make and create positive media content for the next generation, and to be that Afro-Latina who always shows positivity on air.

You’re a vocal supporter of UNC Charlotte. What does the University mean to you?

UNC Charlotte has been nothing but a blessing. It’s everything to me. It’s my heartbeat. It’s more than a campus — it’s a community. It’s truly a home for me.

This campus and its community have supported me so many times. I am literally a Picasso of people who have poured into me with their service and support.

I remember when I ran out of declining balance swipes and had to go to the student pantry. I found support there.

I remember when I transferred to this big, beautiful campus not knowing where anything was. In Fretwell (building), I found support there.

I remember going through each major trying to figure out what my voice was. In Colvard, in the advising center, I found support there.

UNC Charlotte not only meets you right where you are, but edifies you in so many ways. There were so many resources, so many opportunities for me to not only better myself but take what was given and take it as far as I could. I am so grateful to UNC Charlotte, to all the administrators — they know who they are — who helped me along my journey and helped me find my voice. 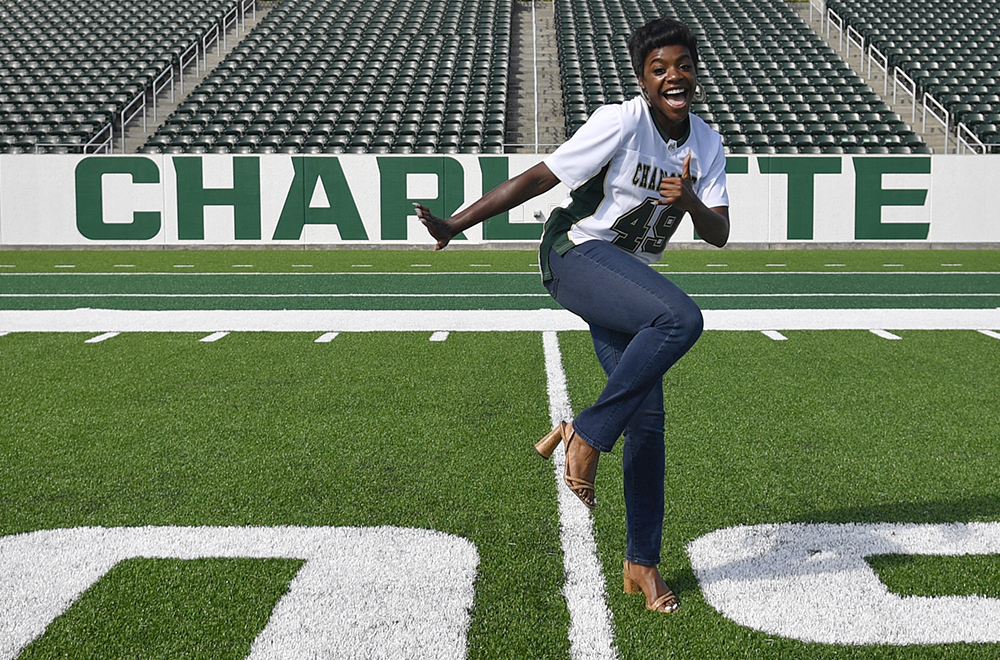 What advice do you have for current and future students?

It’s so important to create space for people to share their truth rather than stifle it, especially to help them, serve them and remind them of their value.

So, I would say to create spaces for people to tell their truth and share it. But also, take their truth and unlearn some things that you might have held on to — that implicit bias. Those things you’ve thought for so long, that you thought were right but learned otherwise.

That creates a space where everyone can come together, to have authentic conversations, so we can link up, do better together and make a meaningful impact. Because that’s the true essence of community.

CONNECT WITH ‘THE OH SHOW’ 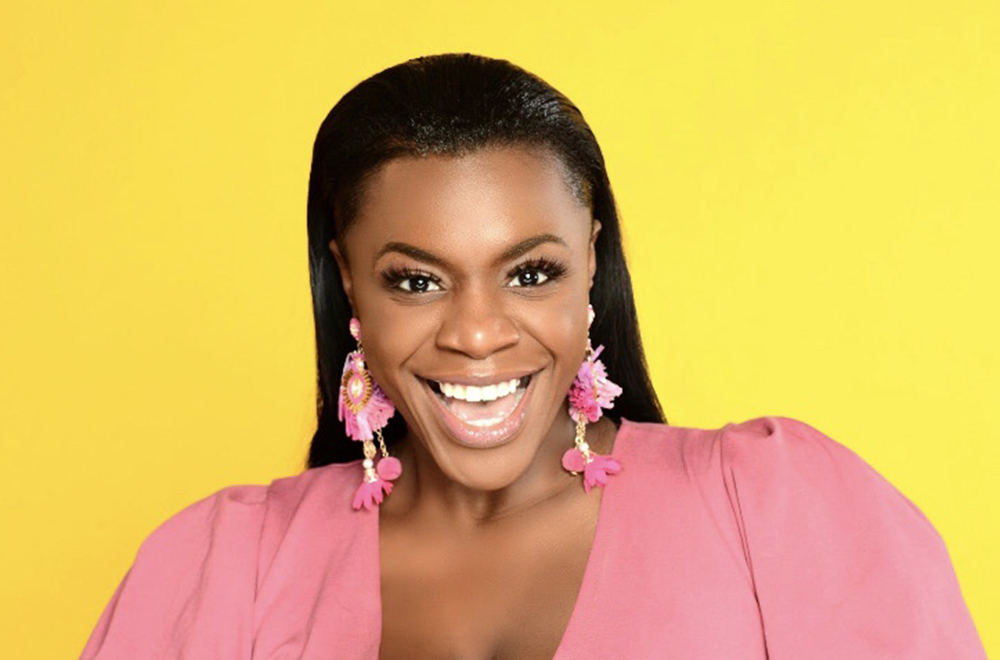