From easing congested weekday commutes by optimizing traffic light signals to increasing health in impacted communities by creating greenways, transportation engineers improve individual lives and communities every day. To learn more about the field that addresses these issues in Charlotte and cities across the country and globe, North Carolina middle school and high school students come to UNC Charlotte for a week of hands-on learning on campus as well as field trips to transportation museums and Charlotte-Douglas International Airport. 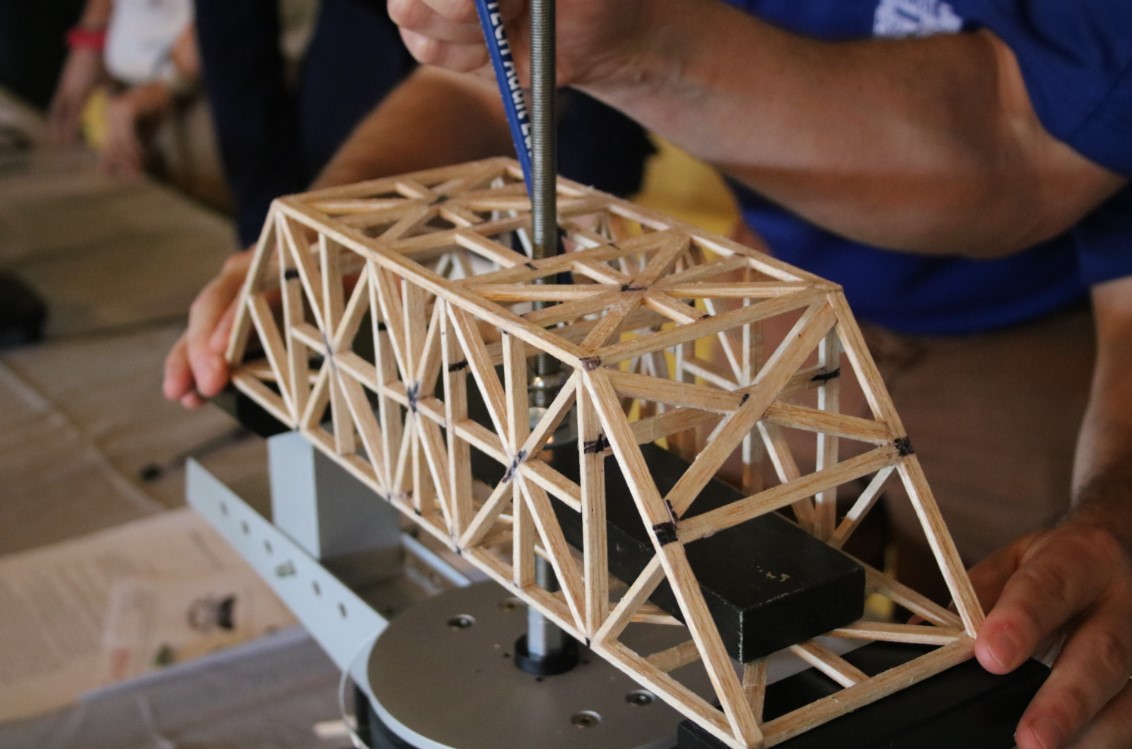 “It was fun to cut the wood into pieces that could fit and try not to burn yourself on the hot glue gun,” Avery said. “You could see that as you went on, you could place the things more stably and you and your teammates had better control.”

Tinkering, experimenting, working as a team: that’s exactly what transportation engineers do, and exactly what Avery was supposed to experience.

“When those kids grow up, hopefully, they’ll choose to major in transportation or civil engineering,” said Wei Fan, a civil & environmental engineering professor and the head of CAMMSE. “We want to get more people interested in this field, in particular people from diverse cultures, races and genders. We have a shortage of engineers as our salaries cannot compete with companies in Silicon Valley, so we have to act proactively to bridge the gap.”

It’s a big step from balsa wood bridges to real-life steel-and-concrete structures, which is why outreach, education and research are the three pillars of CAMMSE, a consortium of five universities led by UNC Charlotte. CAMMSE is one of 22 University Transportation Centers (UTCs) funded by the U.S. Department of Transportation. Besides UNC Charlotte, CAMMSE includes researchers at the University of Connecticut, Washington State University, Texas State University and University of Texas at Austin to cover a broad geographical area of the United States.

Since 2016, when CAMMSE was first funded by the U.S. Department of Transportation (DOT) as part of an act focusing on the research priority area “Improving Mobility of People and Goods,” the program has produced 65 papers and funded between 10 and 20 research projects each year, taking advantage of the massive amounts of available data and new data analysis tools.

Outside of UTCs like CAMMSE, transportation research projects are usually commissioned by DOTs or other stakeholders. CAMMSE funding allows researchers the freedom to follow a variety of interests, weaving in research and tools from economics, operations research, finance, geography, computer science, statistics and urban planning.

For instance, Fan created a case study on “transit equity,” measuring the gap between supply and demand for transit in different areas across Charlotte. He found that people who rely more on transit often live in areas with fewer bus stops and no light rail stations. Fan then made recommendations to Charlotte Area Transit System (CATS). Although researchers often work on local case studies, Fan said “the models we develop are pretty general and can be applied anywhere in the country.”

In another project, one of Fan’s doctoral students, Zijing Lin, figured out the routes Charlotte bicyclists take by using data from Strava, a social cycling app. This work led to collaborating with North Carolina DOT on suggestions for cycling infrastructure: greenways, bike lanes and lights. 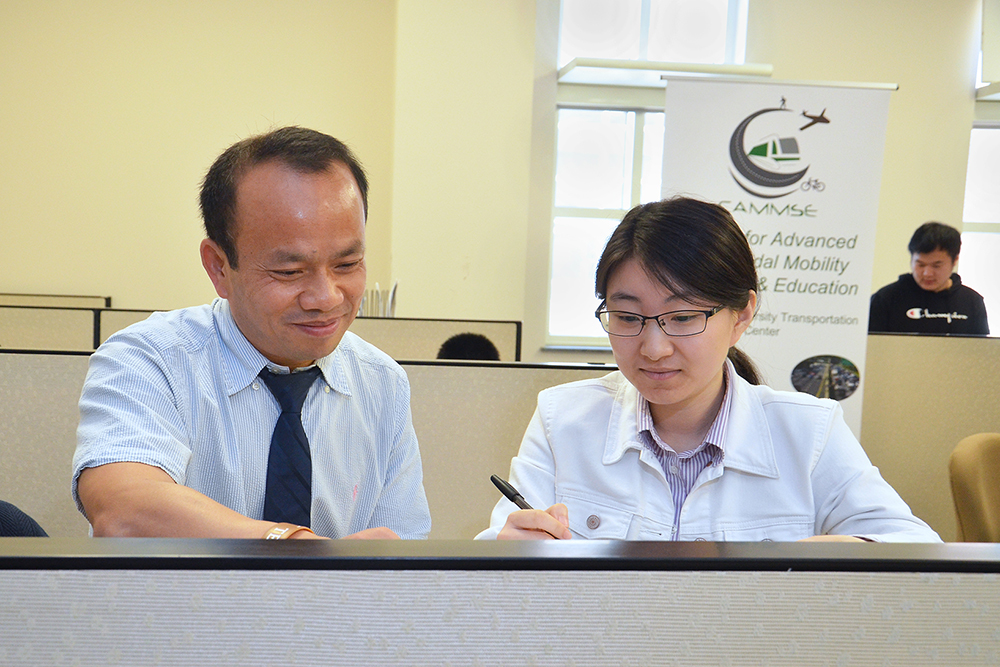 With data from private companies and federal government surveys and transit systems, transportation engineers can tackle more complex projects. Nicolas Lownes, a civil engineering professor at the University of Connecticut and a CAMMSE partner, recently wrapped up a project on how transit connects affordable housing units to schools, health care, grocery stores, government services and jobs in Hartford, Connecticut. A nonprofit partner will use his results in their lobbying and policy-making efforts.

“It would have taken years of lobbying to get funding for this project otherwise,” Lownes said. “CAMMSE allows us to partner with organizations that don't have a big research budget. They don't have $100,000 to spend on a research project, but they do have research needs.”

The next generation of transportation engineers

Informed by CAMMSE research, faculty from UNC Charlotte and its CAMMSE partners have taught scores of undergraduate and graduate students and introduced cutting-edge research to the next generation of transportation engineers.

For example, Fan teaches a graduate course on connected autonomous vehicles. Now over two dozen students know the latest developments on cars that “talk” to one another and to roadway infrastructure. Such cars can lower emissions by eliminating stop-and-go traffic and could potentially more than double freeway capacity. 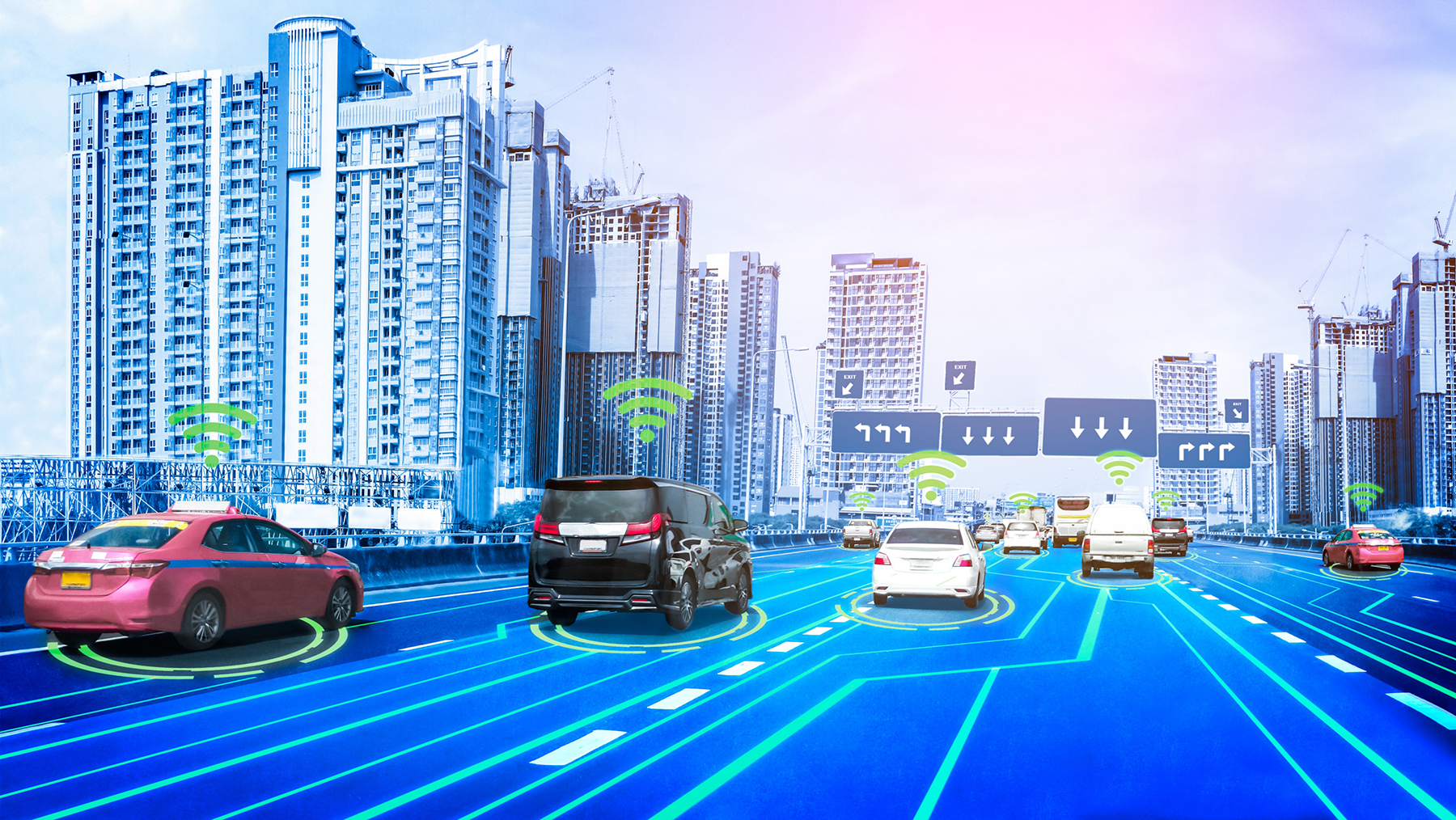 CAMMSE research students learn to present to stakeholders, write programs to work with data and use geographic information systems (GIS). Fan said “This tool set will be extremely helpful when they enter the workforce to develop innovative and interdisciplinary engineering solutions to challenging transportation issues in the real world.” Two of Fan’s graduate students, including Lin, entered academia, passing on the knowledge they’ve gained from CAMMSE to their own students.

Many of the dozens of CAMMSE student researchers have earned numerous awards for their work and presentations, including at the annual CAMMSE research symposium. The symposium brings researchers and students from all five universities to The Dubois Center at UNC Charlotte Center City as well as other stakeholders such as CATS representatives.

From the basics of balsa wood bridges to the latest research on futuristic vehicles, the nuts and bolts of transportation engineering are passed to the next generation via CAMMSE’s outreach and education.

“When I attended high school, I didn’t know what major I was interested in,” said Lin, who graduated in December 2020 and is now a member of the faculty at Dalian University of Technology in Liaoning, China. “So that's quite important for us to guide students to what they are going to achieve in their lives, what kind of aspects they're really interested in, what they want to do.”

Yen Duong is a freelance science writer based in Charlotte.