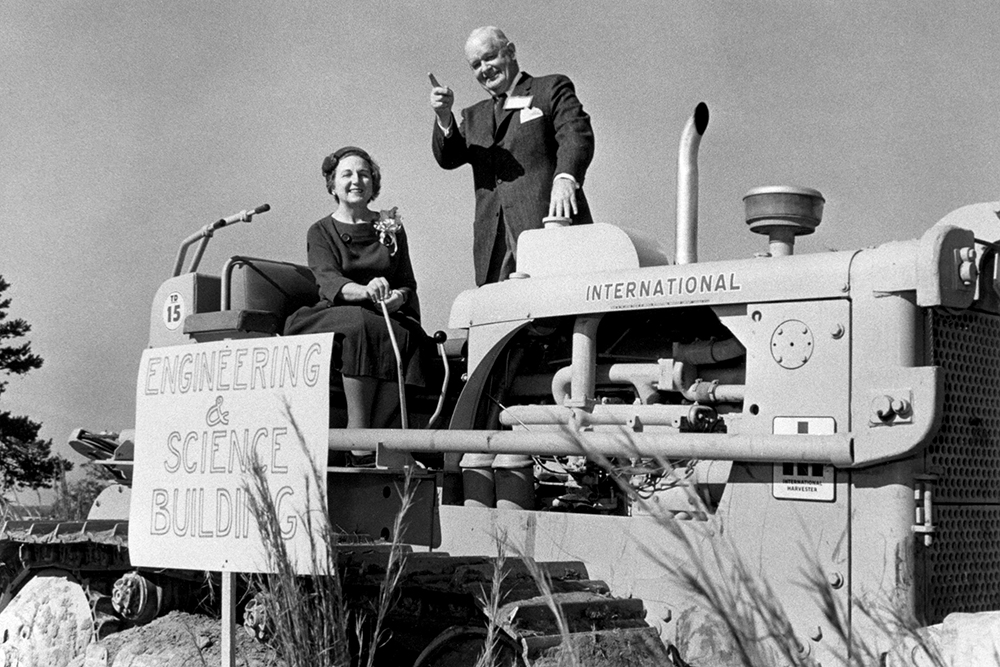 Seventy-five years ago, a group of trailblazing leaders had a bold vision to transform an evening college center with just 278 students into a thriving research university of more than 30,000 students, making it one of the great success stories of American higher education.

Learn more about one of those early trailblazers, our founder  — Bonnie E. Cone. 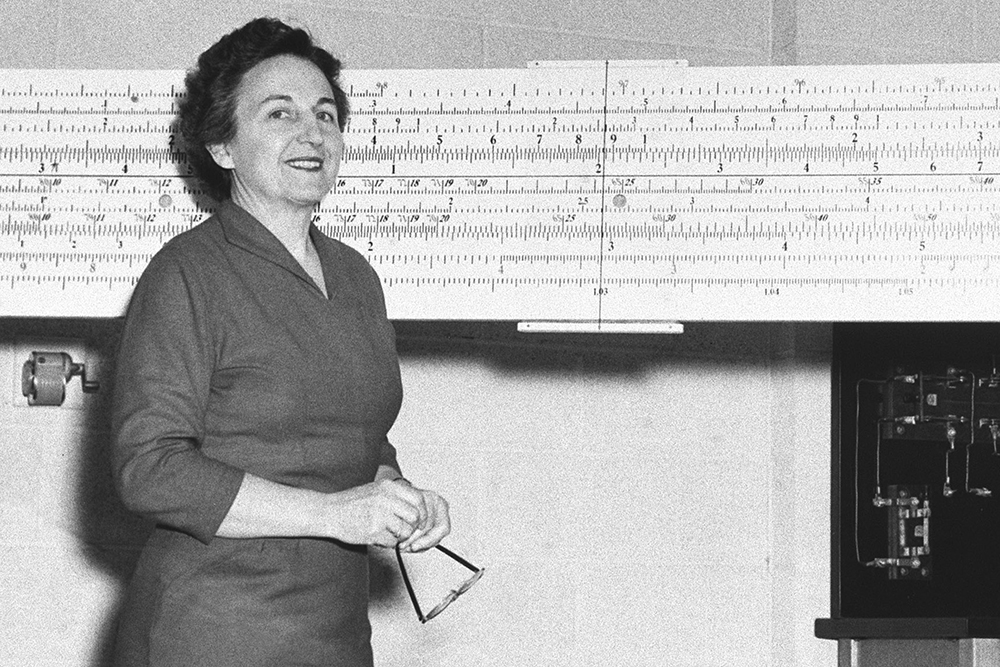 She majored in math and earned a scholarship to Coker College by grading math papers. She earned her master’s degree in mathematics from Duke University in 1941. She also taught math in the armed forces’ V-12 program at Duke University and was the only woman teaching on Duke's all-male West Campus.

Edward Everett Hale wrote the motto that was engraved on a ceramic tile that was always on her desk: "I am only one, but I am one. I cannot do everything, but I can do something. What I can do, I ought to do, and what I ought to do, by the grace of God, I will do."

Bonnie Cone and UNC Charlotte were featured in the July 16, 1965, issue of Time magazine, which highlighted the elevation of Charlotte College to the University of North Carolina at Charlotte in the UNC System.

The Bonnie E. Cone Society honors those who have made a planned gift to UNC Charlotte. Miss Bonnie herself bequeathed 60% of her estate to the University that she built. 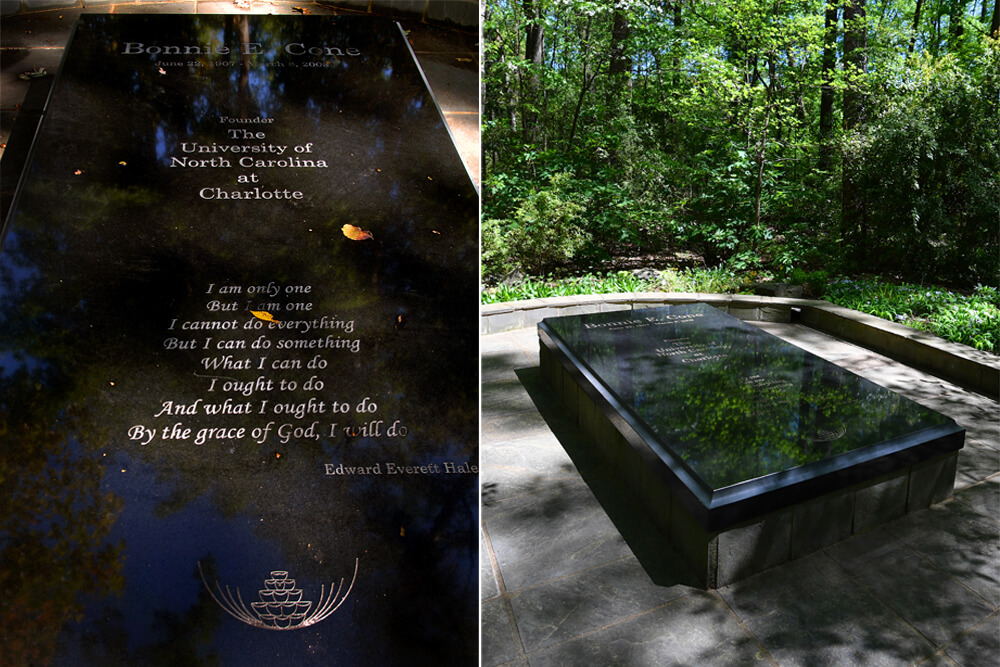 Bonnie was inducted posthumously into the Order of the Long Leaf Pine Order in recognition of her contributions to North Carolina history. She was also the recipient of ten honorary degrees, including two on the same day from Davidson College and Coker College. Others came from Belmont Abbey, Queens, Wake Forest, Pfeiffer, UNC Charlotte, Duke, Mount Holyoke and Lander.

Miss Bonnie was the director and president of Charlotte College (the forerunner to UNC Charlotte) and the acting chancellor in 1965 until the university’s first chancellor, Dean W. Colvard, was appointed in 1966. She served as Vice Chancellor for Student Affairs until her official retirement in 1973.

In 2004, the stretch of U.S. Highway 29 near the main campus was officially renamed the "Dr. Bonnie Cone Memorial Highway."

Miss Bonnie was the first female chair of the Board of Deacons at Myers Park Baptist Church in Charlotte. She also served as a trustee at Coker College, and Belmont Abbey College and as a member of the Board of Visitors at Davidson College and Johnson C. Smith University.

Miss Bonnie attended every commencement at UNC Charlotte until well into her 90s and often signed autographs for graduates who had only heard of her, but seeing her smiling eyes, wanted to be part of her legacy. 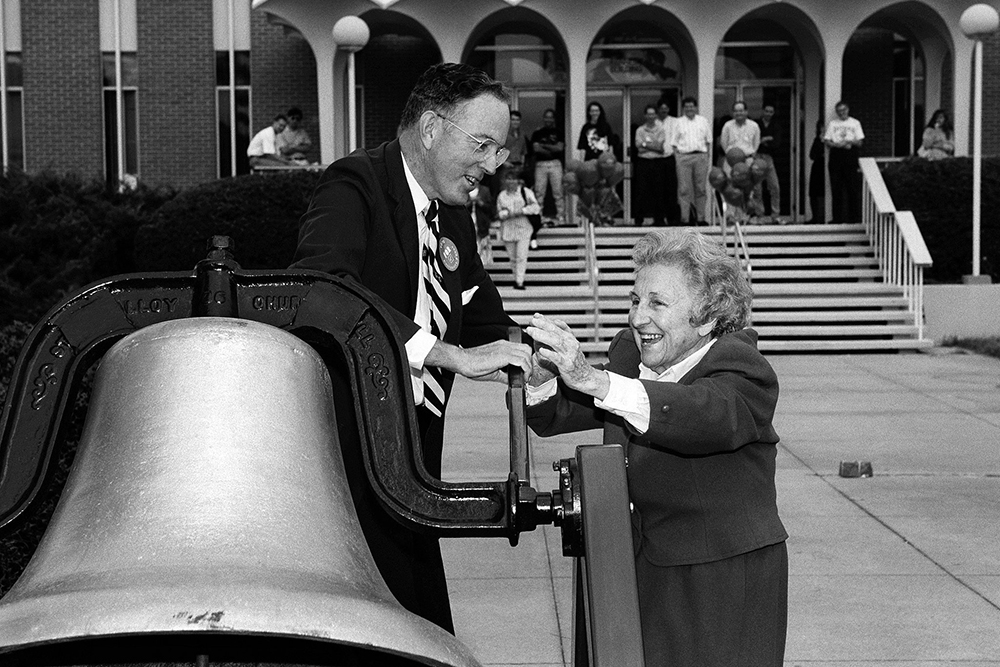 Want to learn more? Check out these articles: