National Coming Out Day: ‘A part of who I am’

"While striving each day to change perceptions of the LGBTQIA+ community in the media, Danny Tulledge ’15 reminds us on National Coming Out Day that being transgender is a part of who he is."

“If freshman Danny could have seen a picture of the future, that would be enough. I would tell him that it gets better, you may not be able to grow a full beard, but life will get better.” Ten years later, he is a senior designer for ABC 11 in Raleigh-Durham, an Emmy award winner and he is working toward a life he once only imagined.

Still, for Tulledge, it can be hard getting out of bed when he feels like he can’t make similar positive changes for others. Working in the media makes it even harder to get away from emotionally heavy news and constant misrepresentation of the trans community. So what keeps him going? 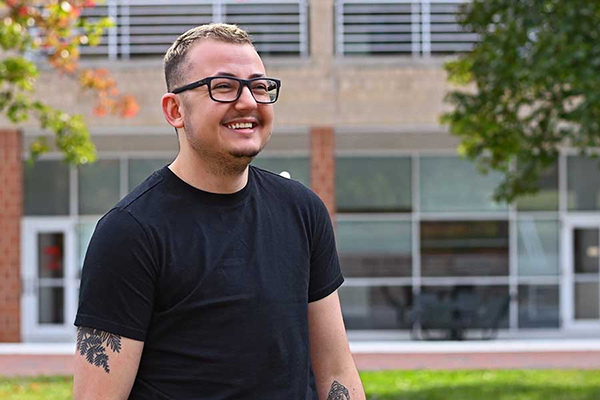 ‘I do what I do because the smallest change can make a difference.’

Whether he’s speaking up about misrepresentation in images or consulting on content for Disney, Tulledge is committed to doing what he can to make sure LGBTQIA+ people are seen as human. “The media often skews our perception of trans people. I think lots of times the reason people change when they meet me is that they realize I’m just a normal person.”

His most recent project, now streaming on Hulu and ABC, aims to show the relatability of the trans community by diving into the normality of day-to-day life for eight trans folks across the country. He hopes its quality will match that of his first Emmy for Storm Ready 2020: Preparing in a Pandemic. 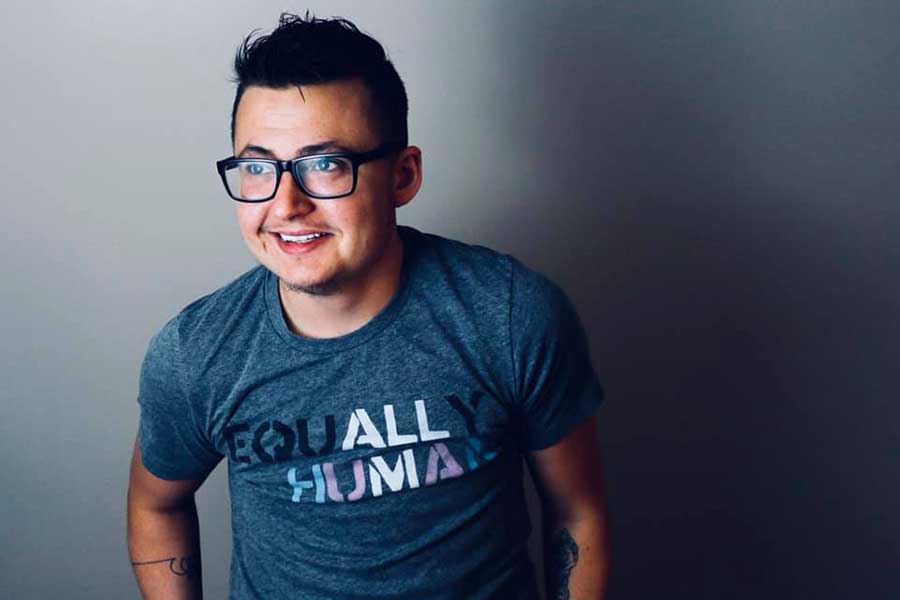 ‘I think at some point you just dive in because you're tired of not being your authentic self.’

Tulledge started transitioning toward the end of his time at Charlotte. As a digital media major with minors in theatre and art history, he found a safe space in the College of Arts + Architecture and met people who remain his friends. “I had one professor say, ‘Your hair kept getting shorter and shorter, and you kept getting happier and happier.’” Despite a lack of support from his family, he found what he needed at Charlotte: resources and a community to be there through it all.

What would you say to a student on National Coming Out Day?

Know that Charlotte is a safe place, do not be afraid to explore your identity and the University’s resources. Remember though, there is a lot of privilege in coming out. If you cannot come out, know that you and your identity are no less valid.

What was your biggest struggle coming out?

My family wasn’t very supportive at first. I also got very sick after my top surgery. I’m grateful to have had a “found family” there for me. Many people in the LGBTQIA+ community talk about the family that you find, those friends who support you no matter what. I wouldn’t have been able to transition without them.

What was your biggest blessing coming out?

Everyone around me is trying to figure out who they are right now. I feel a sense of calm because I’ve already explored my identity. I am now able to truly own all the parts of me and simply live.

What does UNC Charlotte mean to you?

I have the fondest memories of Charlotte. I wouldn't have been able to transition without my friends and the encouragement of amazing professors, Heather Freeman and Jeff Murphy.

Charlotte had the free supportive resources I needed to begin my transition. Dr. Erica Lennon in the Center for Counseling and Psychological Services was also able to write my hormone replacement therapy letter. She was amazing.

You’ve worked for several major companies. What do you love most about what you do? It’s not really the day-to-day news that I love but rather creating animations and having the freedom to create fun stuff. I used to make stop motion videos when I was a kid with a video camera. I now get to do what I love every day.

I also love providing support for Pride content. As part of Disney PRIDE’s creative content review committee, I get to quality control content before it is released. It’s funny to watch the rough cut of movies and see them without all of the FX and sound editing. It allows me to make small changes to content that helps LGBTQIA+ representation.