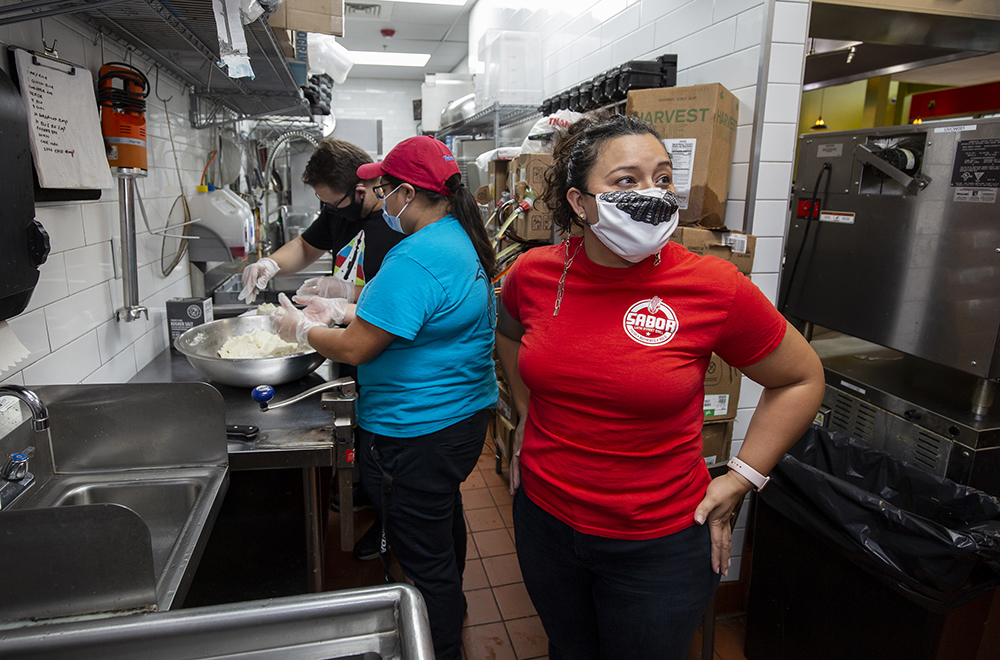 As the sun rises each morning all across Charlotte, chefs are chopping vegetables at Sabor Latin Street Grill. The crunch of sliced onions snaps across small kitchens, tomato juice runs off the side of cutting boards and mountains of cilantro disappear under expert knife work.

With a growing empire of 22 restaurants, co-founders Miriam ’13 MSW and Dalton ’07 Espaillat  know what they’re doing when it comes to cooking. Sabor and its sister restaurants make some of the most popular and accessible Latin American food in the city, but the company culture and stories of its staff are as special as what’s happening on the plate.

After opening the first Sabor a few years earlier, in 2016 Miriam watched in horror as the immigration crisis unfolded with thousands of people detained and children separated from their parents after attempting to cross the southern border. The UNC Charlotte social work alumna and El Salvador native whose family immigrated when she was a child felt called to contribute.

“​​It was kids from my country. I was like, I can't just watch this happen and not do anything about it,” she said.

Looking for Ways to Help

Frustrated by the logistical limitations on her ability to help those suffering at the border, Miriam looked closer to home. After learning about the Harvard study that found Charlotte was the last of America's 50 largest cities in economic mobility – or the opportunity for a person to improve their financial well-being over time – Miriam had an idea.

“I started talking to people and organizations working in the community about how we could create career pathways for people who have a hard time finding work because of their backgrounds – whether it be language barriers, education or mental health. We wanted to find a way to provide opportunities.”

Through personal connections and in collaboration with groups like NC Works and Charlotte-Mecklenburg Schools, Miriam gradually created a grassroots network focused on offering internships and jobs at her restaurants to vulnerable, underemployed people in Charlotte. 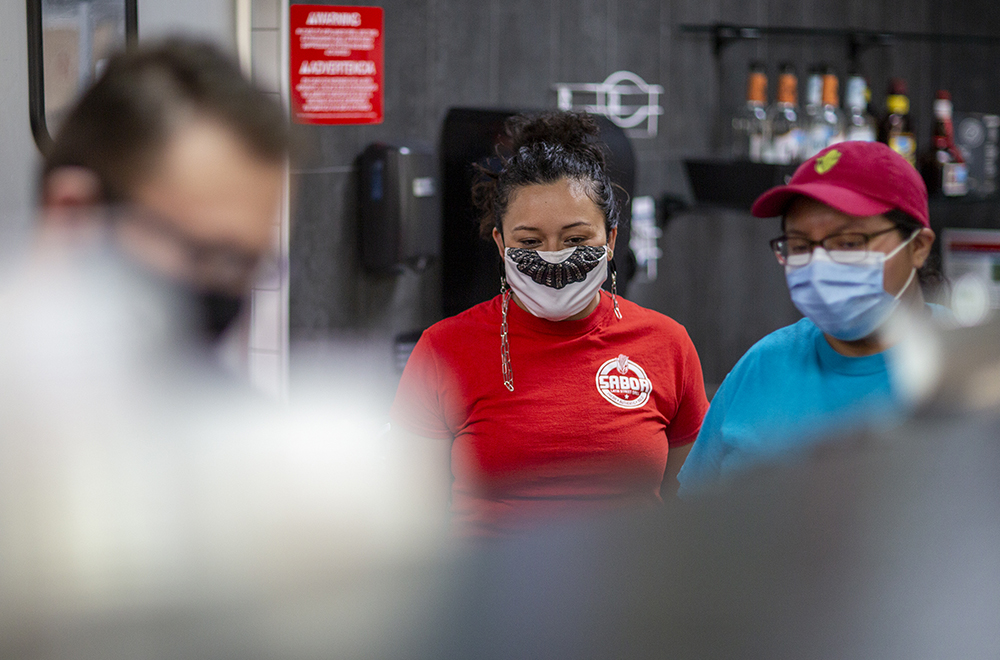 She credits her experience at UNC Charlotte for helping her build the skills she needed to become a community leader.

"You have a toolbox when you come out of the program." - Miriam Espaillat '13 speaking about the Master of Social Work program at UNC Charlotte.

Ada Sanchez had always struggled with school and wasn’t sure what she would do after graduation. That’s when she heard about the Sabor internship during a culinary class her senior year at Garinger High School, a Title-I school whose four-year graduate rates are 20% lower than the state average. Ada was looking for a way forward.

“I didn’t have a job at the time, and I just decided to go for it,” she said.

What started as a six-week internship motivated by the chance to make a few dollars has become a year-and-a-half on the job and possible career path for Ada, who worked her way up from washing dishes to supervising a Sabor location. She hadn’t been considering college when she graduated from high school, but is now thinking of applying to culinary school. 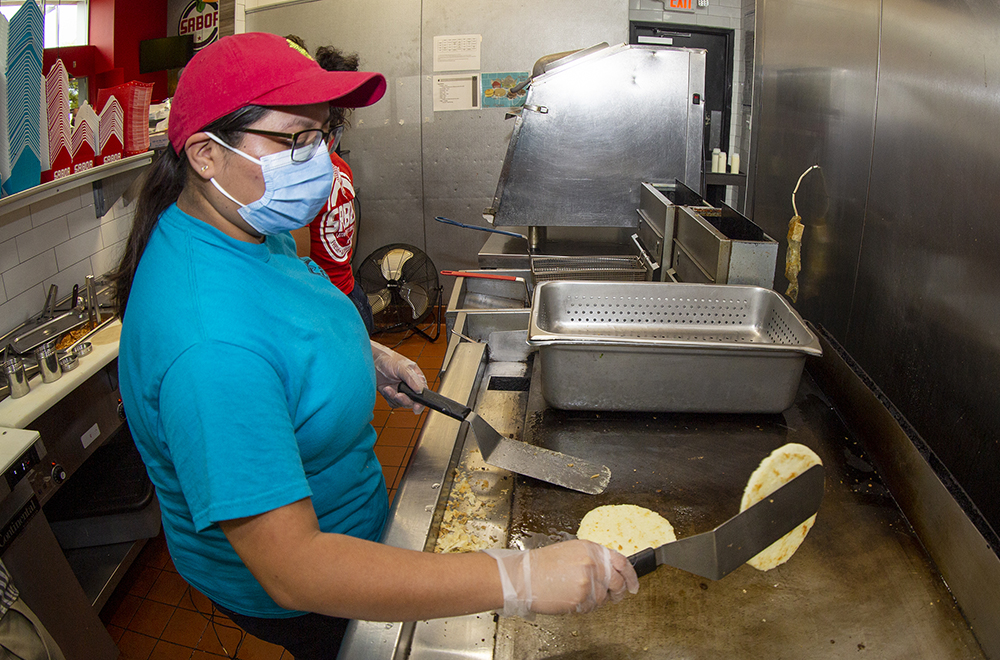 Ada Sanchez worked her way up the ladder from dishwasher to line cook to supervising a Sabor location.

Ada’s story is like that of many of the more than 50 employees Sabor has hired through its outreach programs. It’s also the story of many people in Mecklenburg County, where the Hispanic population has grown by 52% over the past 10 years, and faces disproportionately lower access to healthcare, housing, employment and other critical services.

Reflecting on her own experience being encouraged and supported by her community and its contribution to her success, Miriam says it's about creating social capital.

“I grew up with a lot of love and hardworking parents, but I didn't have a lot of guidance on what to do after I graduated from high school. The people I have met now that I'm in the community with have also played a role in helping me connect to other people.” 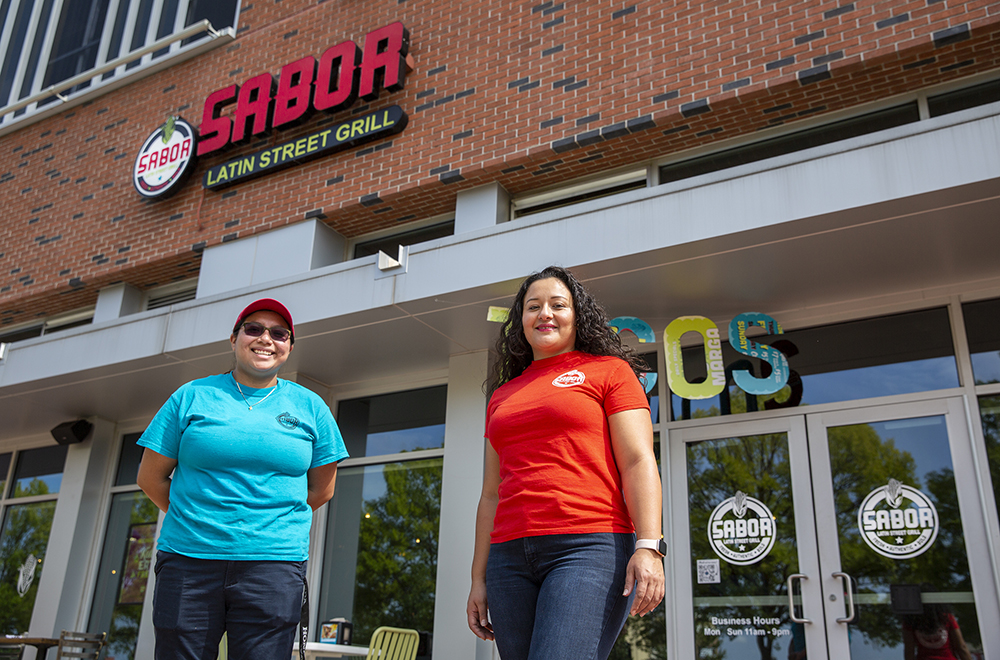 The success of Sabor’s outreach and accompanying focus on their employees’ mental health illuminates the growing role of health and human services professionals in business.

“Social workers can matter in any company or any corporation or industry. Whether it's restaurants, whether it's the banking world, we can help reduce the stigmas and increase sensitivity and awareness that as human beings, we're all dealing with something at some point,” Miriam said.