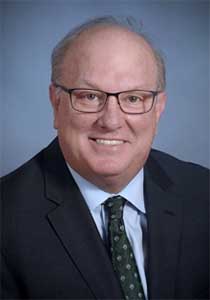 Niles F. Sorensen, vice chancellor for the Division of University Advancement and president of the UNC Charlotte Foundation since 2006, will retire in December 2022.

Sorensen leads development, alumni engagement, advancement operations, constituent relations, community relations, university events and university communications, overseeing UNC Charlotte’s fundraising efforts and related activities. In 2020-21, in the midst of the COVID-19 pandemic — as he completed a Master of Arts in History from UNC Charlotte — the division launched an updated University brand and rollout while raising a record-breaking $38 million overall, with $2 million raised for Niner Nation Gives. Fundraising totals for 2021-22 are projected to exceed that total.

Under Sorensen’s leadership, Exponential: The Campaign for UNC Charlotte, the largest capital campaign in UNC Charlotte history — which spanned 2016 to 2020 — surpassed its ambitious fundraising goal of $200 million. Support from record numbers of alumni and new and established friends of UNC Charlotte made possible the addition of more than 200 scholarships, including the Albert, Martin, Johnson and Freeman Scholars programs, and expansion of the Levine Scholars program.

“Niles has been a driving force behind UNC Charlotte’s success during a time of dramatic institutional growth,” said Chancellor Sharon L. Gaber. “As awareness has grown for the University’s enormous impact on our region, so has engagement with key business, community and civic leaders who understand what it means for us to be North Carolina’s urban research university. As a result, UNC Charlotte is well-positioned to continue an upward trajectory of external support.”