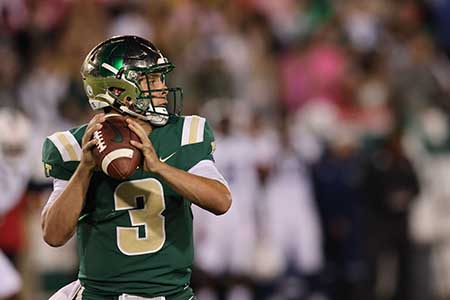 Hosted by the Manning family, the academy will be on the campus of Nicholls State University in Thibodaux, Louisiana, June 23-26. Archie Manning serves as executive director while his sons Peyton, Eli and Cooper are senior associate directors.

Reynolds was a camper at the Manning Passing Academy when he was in the eighth grade and received instruction from then-college-aged counselors Dak Prescott and Jameis Winston, among others. Now, Reynolds will serve as one of the college counselors while working alongside NFL greats, Peyton and Eli Manning.

“I'm extremely grateful for the Manning family for inviting me to a great event," Reynolds said. "I have so many childhood memories of being a camper and learning from counselors like Dak Prescott and Jameis Winston. I can't wait to be in their shoes and teach young quarterbacks around the country while working with the best of the best,” said Reynolds.