Karen Popp ’80 and Joe Price ’83 will be awarded honorary Doctor of Public Service degrees in recognition of their service to UNC Charlotte and the citizens of the city, region and state during Charlotte’s Spring Commencement, Friday and Saturday, May 13-14.

The University will hold three ceremonies to honor the nearly 5,000 undergraduate and graduate degree recipients. Popp will be recognized at commencement exercises Saturday; Price will be honored at the Friday morning ceremony. Faculty member Anabel Aliaga-Buchenau from the Department of Languages and Culture Studies will be recognized as one of the 17 recipients of the 2022 UNC Board of Governors Award for Excellence in Teaching at Saturday’s ceremony. This past fall, she was honored by Charlotte with the Bank of America Award for Teaching Excellence.

At 9:30 a.m., Friday, May 13, undergraduate students from the Belk College of Business, College of Health and Human Services and The William States Lee College of Engineering will have their degrees conferred.

That evening, at 6 p.m., the Graduate School will honor students receiving doctoral and master’s degrees and recipients of graduate certificates from all programs.

The College of Arts + Architecture, College of Computing and Informatics, Cato College of Education and the College of Liberal Arts & Sciences will confer undergraduate degrees Saturday, May 14, during a ceremony starting at 9:30 a.m.

All Spring Commencement ceremonies will be held in Richardson Stadium; tickets are required for admittance. The UNC Charlotte Office of University Communications will live stream the ceremonies, too.

Prior to Spring Commencement, in what has become a 49er tradition, the Alumni Association will hold its 49er Ring, Donning of the Kente and Legacy Draping ceremonies Thursday, May 12. The Office of Identity, Equity and Engagement held its Lavender Graduation event celebrating graduating LGBTQIA+ and allied students and their accomplishments Thursday, April 28. 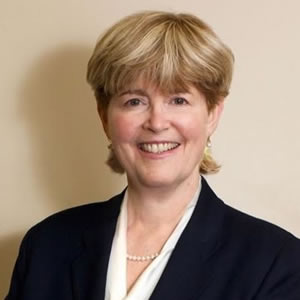 Alumna Karen Popp is global co-leader of the White Collar: Government Litigation and Investigations group at the law firm Sidley Austin LLP. Her work as an internationally recognized attorney focuses on issues of national and global importance. During her four decades of leadership and service to the University, Popp contributed significantly to Charlotte’s exponential growth. After completing a bachelor’s degree in political science, Popp attended the UNC School of Law. Upon graduation, she clerked for Sam J. Ervin III on the U.S. Court of Appeals for the Fourth Circuit and began law practice on Wall Street at Sullivan and Cromwell. She also served as an assistant U.S. attorney and an attorney advisor to U.S. Attorney General Janet Reno. Prior to returning to private law practice, Popp was associate White House counsel for President Bill Clinton.

The first woman in the UNC System to be elected student body president, Popp founded the University’s Student Alumni Ambassadors Program, which continues to provide opportunities for students to connect with community and alumni leaders. She served a three-year term as chair of the University’s Board of Trustees, followed by a three-year term as chair of the UNC Foundation Board. In 1997, Popp received the Bonnie E. Cone Lifetime Achievement Award, the highest honor bestowed by the UNC Charlotte Alumni Association. A generous financial contributor to the University, Popp shares the honor of having the Student Union named for her, and the North Tryon Street campus entrance at Institute Circle was dedicated to her parents, Peggy and Coach Joe Popp. 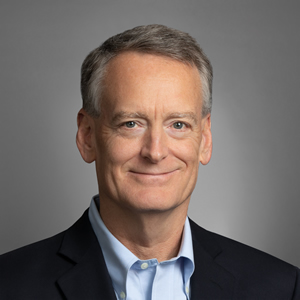 Starting in 2007, Price served 12 years on the University Board of Trustees, including chair from 2016-19. He was an integral member of the Campaign Executive Committee for Exponential: The Campaign for UNC Charlotte and served on the Football Feasibility Committee that ultimately led to the establishment of 49ers football. Currently, he is a member of the Athletics Facilities Master Vision Fundraising Committee.

Price and his wife, Christine ’82, have provided financial support to a number of campus programs, particularly mental health needs of students. In recognition of the Prices’ financial support of Charlotte, the building housing the Center for Counseling and Psychological Services is named for Christine Price.  Local organizations are beneficiary of support from the Prices, among them the United Way of Central Carolina, Central Piedmont Community College, Arts & Science Council and the local Habitat for Humanity chapter. The couple has backed the annual UNC Charlotte Habitat for Humanity build, held during Homecoming prior to COVID. Currently, they are supporting Habitat for Humanity affiliates bordering Ukraine in assisting Ukrainians displaced by the war with Russia.