Following the war in Ukraine with Professor Steve Sabol 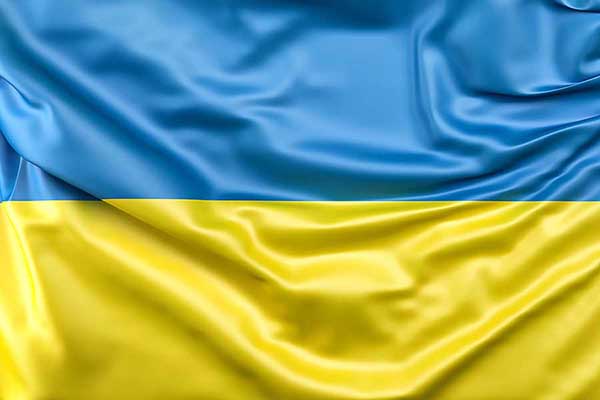 As Russia’s war in Ukraine continues, Professor of History Steven Sabol, an expert in Russian history and Soviet and Post-Soviet nationalities policy, provides additional insight into a conflict that has now stretched into its fourth month with no visible end in sight. 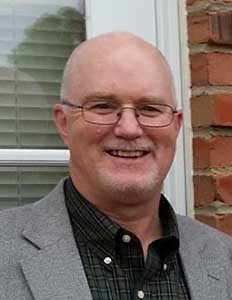 Last week, Russia appeared to be attacking Ukraine from all sides. This included in Kyiv, where they had previously largely retreated, while the head of the U.N. was visiting the capital city. What does this signal about Russia’s strategy?

It is very difficult to determine what Russia is trying to accomplish at the moment. As Frederick Kagan and Mason Clark noted in a recent opinion piece in “Foreign Affairs,” Russia’s “stunning failure to achieve its initial objectives” was due to its “invasion plan [being] shockingly bad.” Russia does seem to be regrouping, yet it also seems to be trying to fulfill the original plan that committed all of its forces to achieve all of its objectives simultaneously. The appearance of “attacking Ukraine from all sides,” might also suggest that Russia is trying to prevent Ukrainian forces from strategically reinforcing weakened areas, such as Mariupol, although that is my speculation (I am not a military historian). Keeping Ukraine fighting on multiple fronts, along multiple sectors, prevents Ukraine, possibly, from consolidating and regrouping. It keeps Ukraine defending along a broad line. I do not think it’s boldness by Russia, but almost a strategic paralysis and uncertainty about what to do next.

According to media reports, Russia is quickly making progress at the last holdout in Mariupol — the steel factory — and it appears the city will soon fall. What does this mean for both sides in the war?

Mariupol is a strategically important city for Russia. According to “Janes” defense intelligence weekly, Mariupol’s deep-water berths make it particularly attractive for maritime support, meaning Russia could strengthen its positions considerably in the south and east of Ukraine. Taking the city would connect Russian forces with the separatist regions in Donetsk and Luhansk to its Crimean interests. It would also give Russia control of the various coastal regions along the Sea of Azov. Ukraine would, as some military commentators have suggested, either need to withdraw its forces or risk encirclement, perhaps, and their complete isolation.

Putin is quickly running out of allies. Why is Belarus continuing to stand with him?

Quite simply, Belarus is governed by a petty, corrupt and sycophantic tyrant, seemingly completely dependent on Putin and Russia to keep his regime in power. I was disappointed, actually, that the American administration waited to impose stiff sanctions on Belarus; it should have happened the moment Russian forces, encamped in Belarus, launched the invasion from there. Belarus was absolutely complicit in the invasion and ought to be held equally accountable.

During his 20 years in power, Putin has demonstrated time and again that he will persecute oligarchs who cross a political line; many have been arrested or forced into exile. Putin controls that relationship. Given the vast wealth the various oligarchs have accumulated over the years, and the demonstrated support many have shown to the authoritarian regime, sanctioning them as fully as possible was an important component; what short-term effects will be is difficult to determine. That it will be enough to compel some sort of opposition that manifests publicly is doubtful, but it might have the corrosive effects the U.S. and Europe desire to bring about some sort of conclusion.

Do you think anything can stop Putin or get his attention? The U.K. has instituted sanctions against Putin’s daughters. Do you think targeting his family will have any impact on his intentions?

I don’t believe that Putin will be persuaded by sanctions against his daughters or targeting his family; those actions seem largely symbolic to me and unlikely to deter the aggression. As to getting his attention, I suspect only military defeat will accomplish that goal. As long as Russia remains strategically entrenched in Ukraine, particularly in the eastern provinces, Putin has not lost; he simply hasn’t won. He can, and likely will, play a longer-term game, waiting out the U.S. and Europeans arrayed against Russia. In the end, unless forced to retreat from the eastern provinces, he might actually strengthen his position there, if some sort of armistice is reached.

Putin has been quoted as saying peace talks were dead. Do you think Russia ever entered those peace talks with sincerity?

I doubt it. As long as Russian forces remain in occupation, there’s truly no incentive, yet, for Russia to negotiate a settlement that it believes negates its gains. It was completely predictable that Russia would make settlement demands that it knew Ukraine would reject. Ukraine faced the same issue. I do believe Ukraine entered the negotiations faithfully and sincerely, but its leaders also understood that its proposals would likely be rejected by Russia, and perhaps as importantly, that Ukrainians desire peace but only at the right price.

Do you think there will be a time when the Russian people say “No. Enough. We’re done.” and rise up to stop Putin?

Yes, I do, but not in weeks, more likely several months from now. I’ve been heartened by the various protests and utterly dismayed (not surprised) by the regime’s response. But the protests are sporadic and disconnected … unified more by opposition to the conflict than by a shared belief or agenda about what should happen next. Moreover, any popular uprising that might lead to Putin’s downfall will likely have serious, unforeseen consequences. We have to be careful about what we hope for; it’s easy to let the euphoria associated with Putin’s removal mask more serious geopolitical consequences.

Putin recently appointed Gen. Alexander Dvornikov as the new commander over the war. He is known as the Butcher of Syria for his ruthlessness. What does his appointment say about where Russia is in this conflict? Is it a sign of strategy, desperation or something else?

It’s a great question. Initially, my reaction was not surprising at all. As the conflict failed to end quickly in Russia’s favor, it’s easy to see any change (tactic, strategic, leadership, etc.) through the prism of failure or dissatisfaction by Putin with regard to his objectives. Putin, simply stated, wants to end this conflict, but on his terms. The changing of military leadership or his tactical measures to achieve that end was always, it seems to me, going to result in a brutal and horrific fight. As we witness the recovery of the victims of this brutality, we are shocked, of course, but we should not be surprised. Putin demands that his generals win. Even President Lincoln frequently changed his generals in order to win the Civil War, until he found Grant (and I am in no way equating Lincoln with Putin). The point being that Putin will use every tool in his arsenal to win this war.

There is speculation that chemical weapons have been deployed in Mariupol. Do you think Russia would engage in such dangerous methods, knowing the response it would most certainly bring from other countries?
I think it is very possible chemical weapons were used, but like many, I need more evidence to be convinced. Nonetheless, as the conflict continues, Russia will conduct it in a brutal fashion. That’s more a comment about the nature of war than Russian tactics or sensibilities. I do not think, if chemical weapons were used, Russia worried about the global response, as there was little reaction by the U.S. or Europe when evidence emerged of similar usage in Syria.

Quite simply, I would suggest imperial hubris, the arrogance of a bully, accounts for Russia’s miscalculations at the start of the conflict. I also think it is very easy to critique Russia’s lack of success, which does seem rather surprising. Many observers suggested Kyiv would fall in 48 hours. It didn’t. That notion, however, fails to account for Ukraine’s determination and incredible acts of courage and resistance. Following the U.S. withdrawal from Afghanistan in 2021, one observer noted that a difference between the Afghan army’s willingness to fight and the Taliban’s was that one side was fighting for a paycheck and the other for an ideology. I think there is a comparison here. Ukrainians are fighting for their sovereignty, whereas Russian troops are perhaps fighting for the paycheck. Failures in this conflict might not lead to a downfall of the regime in the short term (one year, for example). But internal dissatisfaction and economic dislocation will erode support inside Russia and force either a negotiated settlement, or, perhaps less appealing, a stalemate that stagnates into a status quo situation without any resolution.