After hundreds of submissions from UNC Charlotte students were narrowed down to two, the students voted “The 49th Acre” as the new name for the Student Outdoor Event Venue and Tailgate Park.

The 49th Acre is a three-acre outdoor complex and will provide year-round opportunities for informal and organized student gatherings, including tailgating prior to football games. It is scheduled to open in time for the 2022 football season.

In March, students were invited to submit names for the new venue for a student-only vote in April. Ethan Hayes, a first-year graduate student, was the winner of the naming contest. Hayes is a kinesiology major from Cedar Falls, Iowa, and is set to graduate in 2023.

Hayes said he was inspired to enter the contest after receiving the email; his reward was a $249 Amazon gift card.

The name incorporates “49,” a nod to the Charlotte 49ers athletics program and Niner Nation in general. Hayes noted that “acre” was inspired by a time when his hometown rallied together under difficult circumstances and built community through an outdoor space.

Hayes said it’s exciting to leave a lasting impact at the University.

"That's definitely the coolest thing about it,” Hayes said. “This is a long way away from home, you have to take a plane or drive 18 hours to get back. To leave a mark at a place this far away from home that still reminds me of home is a pretty cool thing."

With a year left at Charlotte and a passion for sports, Hayes said he will be attending “The 49th Acre” when it opens in the fall.

The completed venue, possible through a $10 million anonymous donation, should accommodate more than 2,500 students. Construction begins this summer on the 8,000-square-foot entertainment pavilion. Plans include power pedestals to support individual tailgating areas, a signature gateway portal and landscaping. 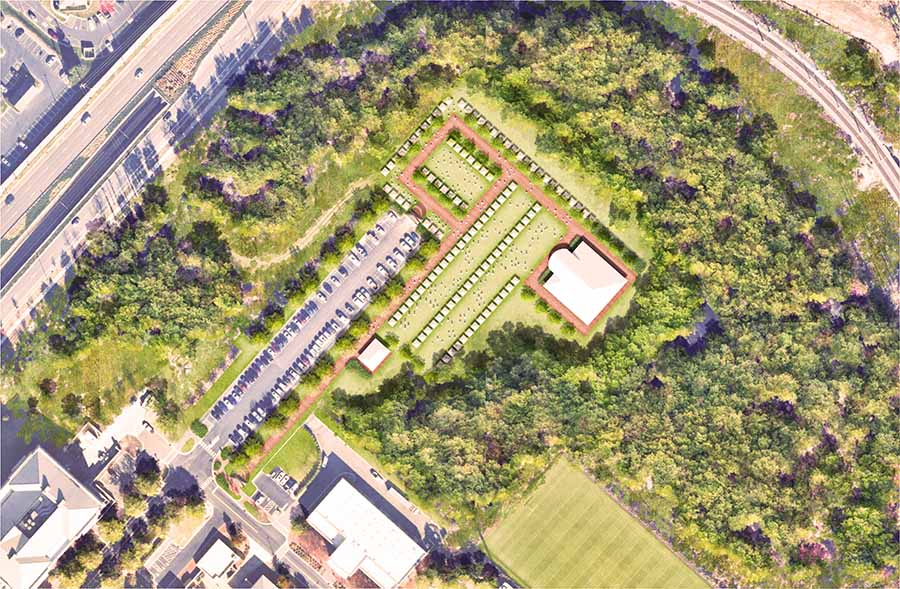