Bell ringers for the 2022 Spring Commencement were Samantha Shefte, Kiran Budhrani and Ryen Boleware; the trio were outstanding student leaders who demonstrated exemplary 49er spirit within organizations, volunteerism and service to others.

A civil engineering major with a minor in mathematics, Shefte was a member of the Pride of Niner Nation marching band. She also served as president of the Sigma Alpha Iota chapter, which came to campus in December 2020.

In her bell ringer application, Shefte wrote, “I feel the balance of academics, extracurricular activities and internship opportunities shows exactly what it means to be a fellow Niner: willing. Giving freely of time to assist in creating an environment where students support students and where no one is limited to one specific area of involvement. Showing to other students that you can be involved and still keep afloat of studies. Showing that the 49er experience is a ‘you get what you give’ atmosphere conducive to learning and the uplifting of others. Being a part of the UNC Charlotte community taught me that home can be people and not just a location.” 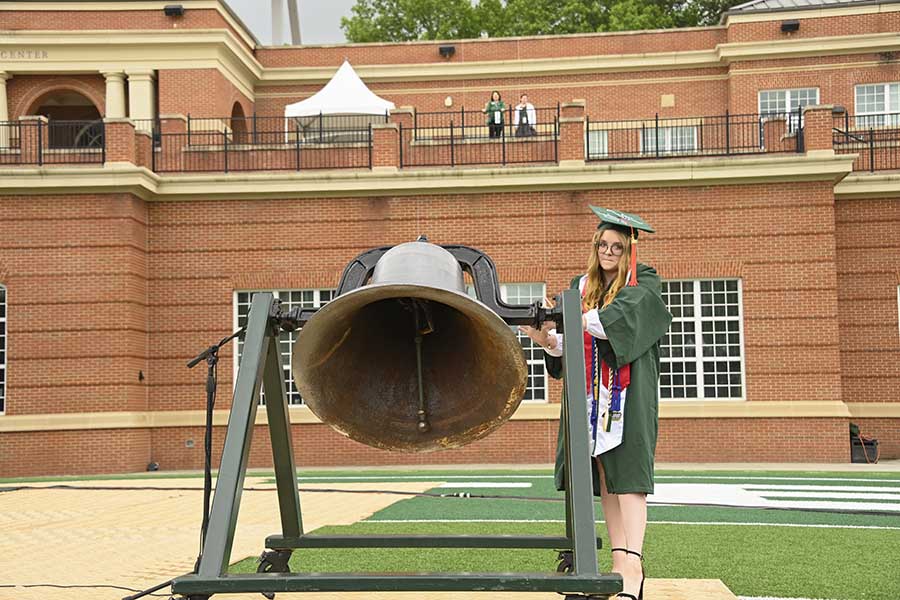 “I am proud to be a doctoral graduate of the Cato College of Education for its commitment to preparing professionals who can positively impact organizations and be a leader in education. I am grateful for the faculty who have built a program that is flexible and meets my needs,” Budhrani wrote in her bell ringer application. “The last five years was no ordinary time for universities, and no ordinary fight for me. But I look forward to further my leadership role as one who brings about transformative change in higher education.”

Budhrani, who received a doctorate in educational leadership, has received various honors during her time at Charlotte, including being named a finalist for the K. Patricia Cross Future Leaders Award by the American Association of Colleges and Universities.

Associate director of personalized and adaptive learning at the University’s Center for Teaching and Learning, Budhrani was one of this year’s recipients of the Staff Employee of the Year Award. She holds a master’s and a bachelor’s degree from De La Salle University in Manila, Philippines. 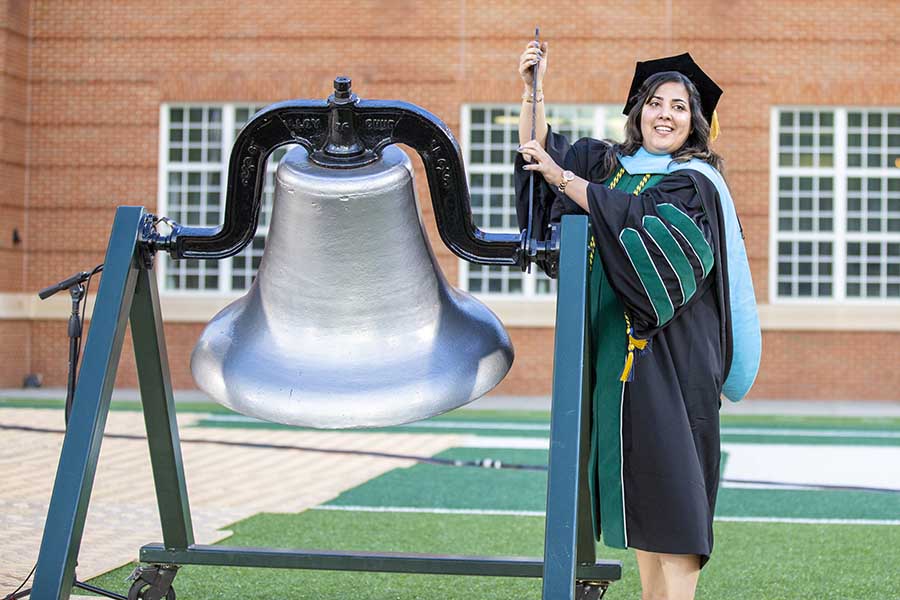 Boleware, a criminal justice and psychology major, served in the Student Government Association as the chief justice of the judicial branch and was Charlotte 49ers Cheerleading co-captain. She was part of the Leadership Education and Development team and was vice president of the Delta Sigma Theta Sorority. She also was the inaugural Homecoming Golden Niner, selected from among the Niner 9 in a new tradition that replaced Homecoming Court.

“I've grown immensely. My best friend and I went to high school together, and I remember she was telling someone: ‘Ryen is a completely different person in an amazing way,’” said Boleware. “I think when people talk to me, they sense my confidence. I've always been a confident person, but it's more so understanding and standing in my own womanhood that has changed. I know I'm powerful, and I know my worth, and it radiates in everything that I do and everyone that I'm with.”

The Golden Niner will now be one of the University’s bell ringers every academic year. 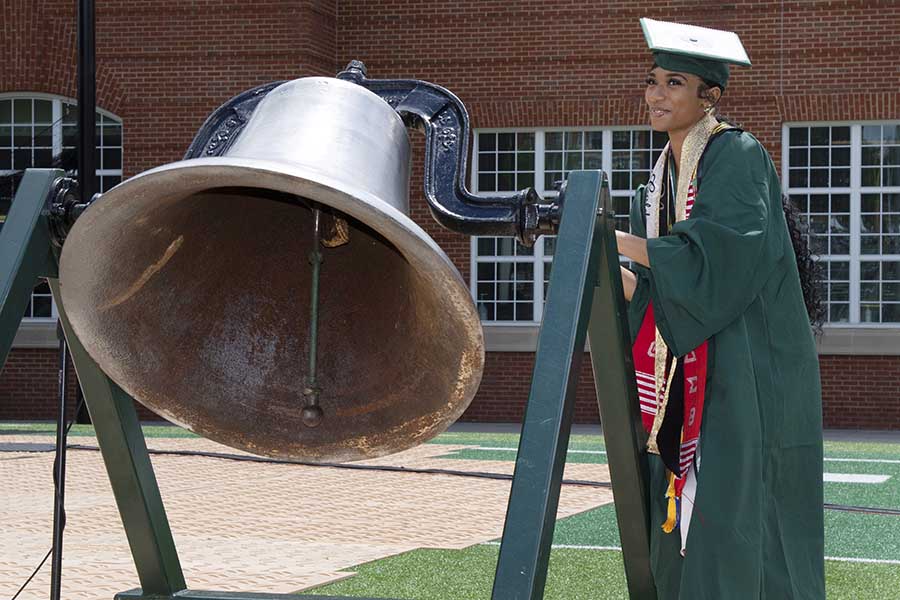 The bell ringer is a long-standing tradition for UNC Charlotte; students ring the Victory Bell. Originally known as the Old Bell that summoned children to Elizabeth Elementary School, the Victory Bell was given to Miss Bonnie Cone, Charlotte College president, in 1961 when the college moved from its founding location, Central High School, to its permanent campus in what is now University City.