Warmer weather is finally upon us — the perfect time for relaxing on patios, sipping cocktails and enjoying good eats. As we head into summer, check out these alumni-owned pubs and taverns for flavorful fare while supporting Niner Nation.

Are you a UNC Charlotte alum who owns a business? If so, register with Niner Business Network, an initiative from the UNC Charlotte Alumni Association to support and connect with fellow alumni in the business community. 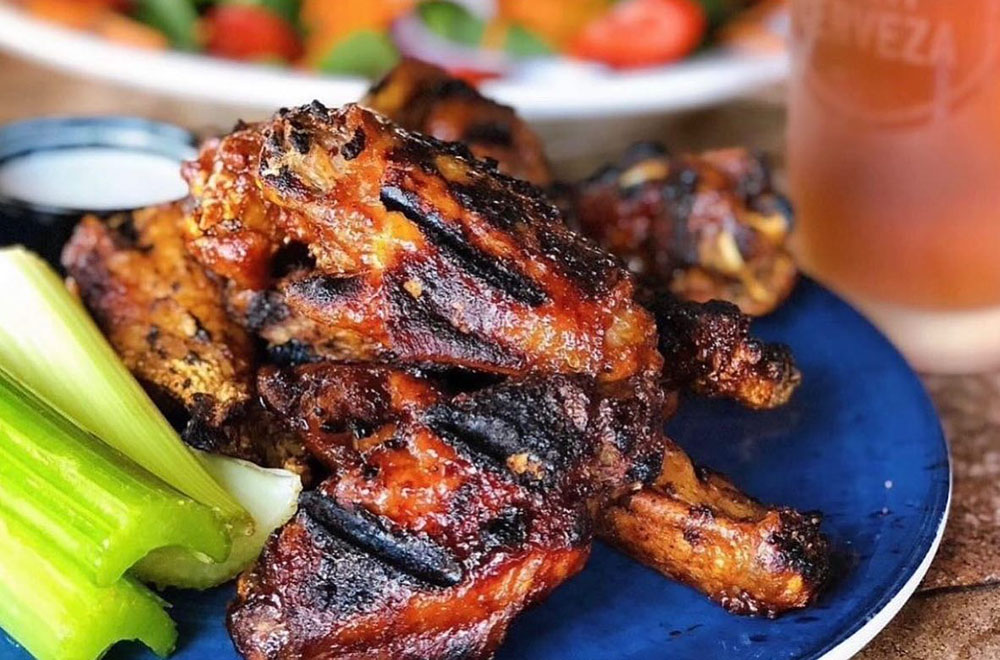 Since 2004, Matt Wohlfarth ’92 has been serving up the perfect blend of southern goodness with a touch of northern flare at Dilworth Neighborhood Grille. Originally from Florida, Wohlfarth teamed up with buddy Norm Randall from New York and the two met in the middle, creating some of the best American cuisine in Charlotte. Offering a gluten-free menu as well as a large selection of hearty dishes, Dilworth Neighborhood Grille is a beloved hangout, highly rated by Charlotte Magazine and Charlotte Culture Guide. The warm and inviting atmosphere makes the restaurant the perfect place to relax on the outdoor patio and enjoy some pub favorites while cheering on your favorite sports team. Dilworth’s half-off Happy Hour is one of the best in town with enticing appetizers, amazing drink specials and delectable pizzas and flatbreads.

Their most popular dishes include fresh wings, craft burgers and loaded tots. However, be sure to save room for their spicy crab cakes, the three-time Taste of Charlotte winner. Dilworth Neighborhood Grille is just around the corner from Bank of America Stadium, Spectrum Center and Truist Field in Uptown Charlotte, making it the perfect venue for sports fans and after work hangouts. 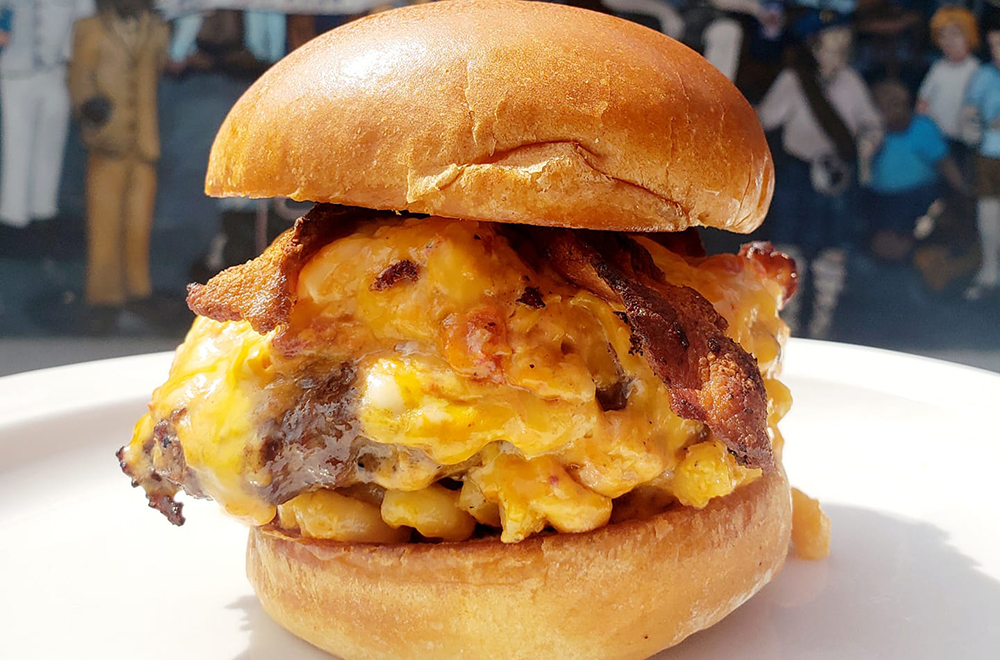 Welcome to JackBeagle’s, a laid-back tavern with a little bit of attitude and a whole lot of flavor. In 2012, co-owners Mike Crowley ’92 and Chris Ingram opened the first location in Charlotte’s trendy NoDa district with one goal: make everything on the menu the “best I’ve ever had.” Serving up scratch pub favorites, draft beers and craft cocktails, JackBeagle’s quickly gained in popularity and became a neighborhood hot spot. Business was so successful, Crowley and Ingram brought in third partner (and fellow 49er) Mike McGuire in 2019 and added a second location in Mount Holly followed by a third on W. Morehead in 2021, just blocks away from Bank of America Stadium.

Named for Ingram’s rescue dog, JackBeagle’s is known for its burgers like the Jack Mac with pimento cheese and smoked bacon (pictured above) and the Big Bear, a two-patty custom blend of chuck, sirloin and round with american cheese, jalapenos and chipotle aioli. The menu boasts more than 10 varieties of mac-n-cheese including Buffalo Daddy Mac with buffalo chicken tenders and blue cheese, and the Ripper Mac with a grilled hot dog, beer wiz and pretzels. They also offer fresh sandwiches and salads, veggie fries, nachos and some of the most incredible waffle fries (including sweet potato) you’ve ever had.

All locations have daily specials and regularly host live music and open mic nights. Follow on Facebook to stay up with the latest. 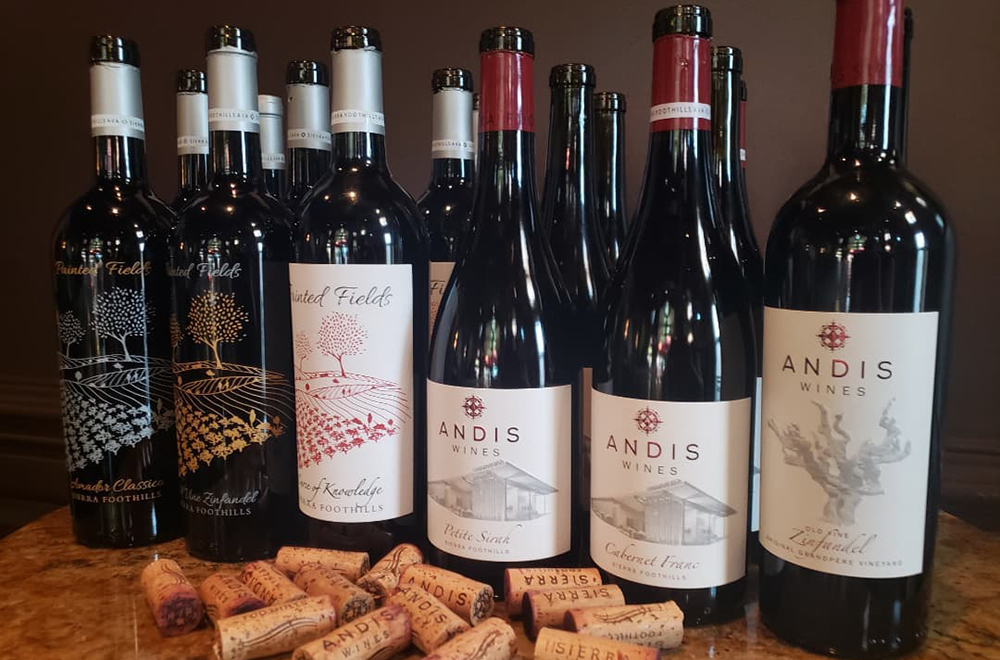 Tim Wallace ’99 took over University City’s Wine Vault in 2002 and with his touch the charming wine bar has become an area favorite. Wallace started working for the Wine Vault in 1996 and it was such a natural fit, he was approached by the original owners to purchase the store and the rest is history. University City Partners has compared the popular spot to the wine lover's version of a comforting and laid back coffee shop.

But don’t let the name fool you — in addition to wine, they also serve up an impressive assortment of beers, cheese, crackers and other goodies. They have cozy nooks for casual indoor gatherings as well as an outdoor dog-friendly patio. They regularly offer up live music and boast some great specials — join Wednesday Wine Tastings where you can sample six wines for just $5. And they’re available for private bookings, perfect for intimate parties.

Wallace is expanding the good times … he plans to open a second location this summer at the corner of Hawthorne Avenue and 7th Street in the Elizabeth neighborhood near Uptown. 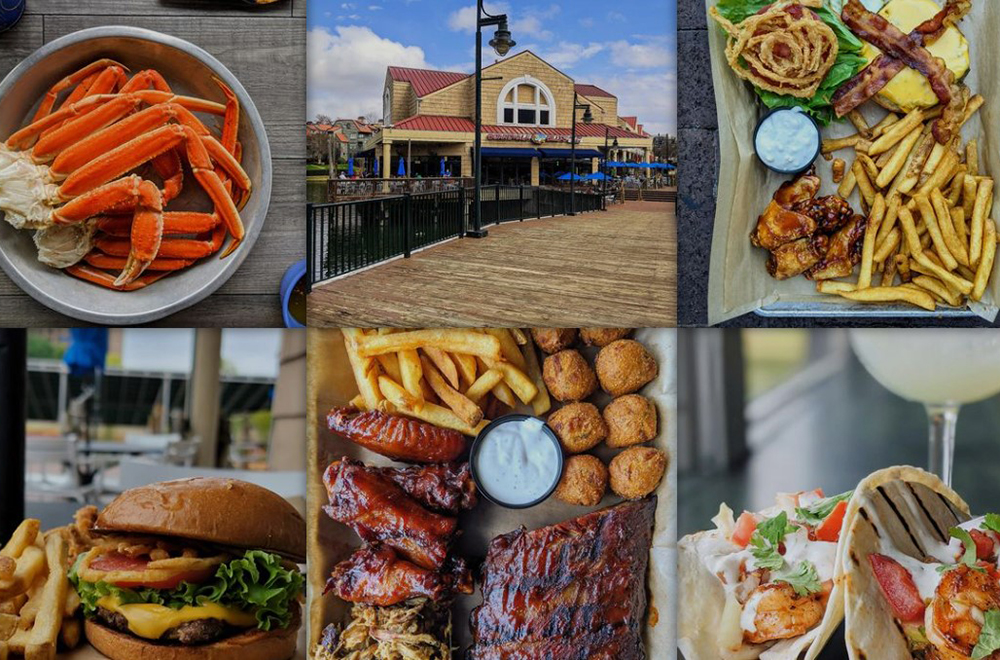 Boardwalk Billy’s Raw Bar and Ribs opened in 1998 and it has been a University City landmark ever since. It’s famous for fresh seafood, award-winning BBQ and southern hospitality. Its kitchen has an in-house smoker so their pork, ribs and wings are smoked fresh every day. With a killer outdoor patio overlooking the lake at the Shoppes at University Place, you’ve got the perfect spot to enjoy the popular Crab con Queso or oysters on the half shell. Business was booming and in 2000 a second Boardwalk Billy’s opened on Sardis Road in Crown Point. Jamie Jenkins '97 and Darnaye Black '99 have been with Boardwalk Billy's almost since the beginning and have been owner operators for most of that time.

Along with amazing food, Boardwalk’s has a full bar and serves up signature drinks, including margaritas, mules and other captivating cocktails. They take special pride in their craft beer selection and have 30 brews on tap. With tons of flat screen TVs throughout, both locations are a perfect place to watch your favorite sporting event. They are dog friendly and have plenty of space for large groups. Stop in and visit Boardwalk Billy’s — you’ll be glad you did. 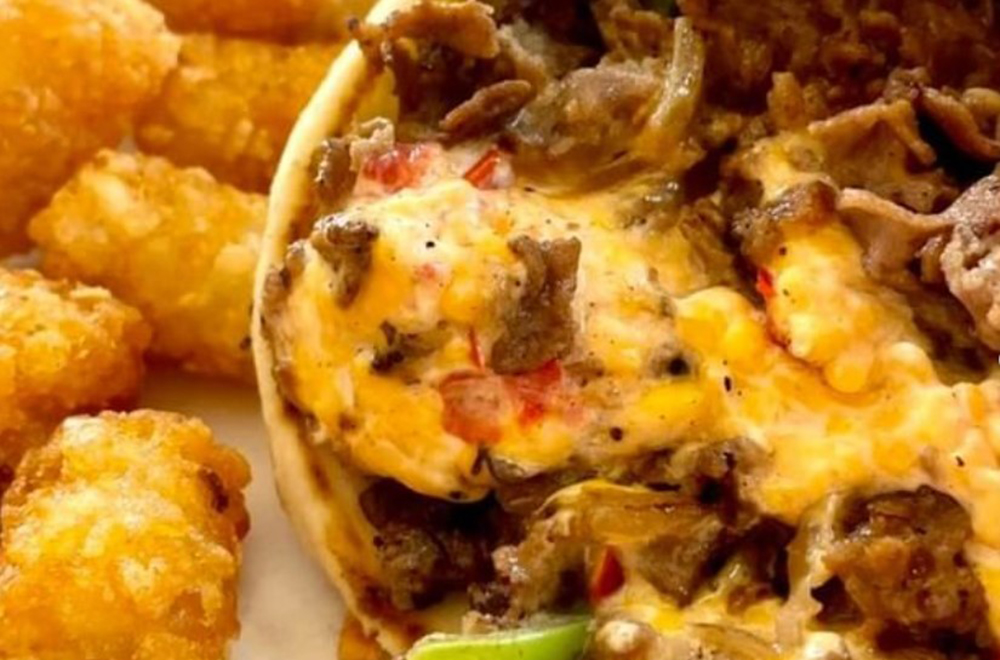 Originally opened by Sammy Balatsias in 2005, John Bailey '94 purchased Sammy’s Neighborhood Pub in 2016 and has been keeping the gathering spot hopping ever since. Frequently referred to as the “Cheers” of town with its relaxing atmosphere, delicious food and plentiful cocktails, Sammy’s is credited with helping revive Belmont’s Main Street. Serving up casual fare, the menu boasts award-winning fried pickles, wings and sweet tea — quite a feat in the south. In fact, the pub became so popular that in 2020 a second location opened in Dallas, N.C.

Bailey keeps things interesting with specials like the Big Mack angus burger bowl, blackened chicken and bacon mac-n-cheese, and loaded Greek fries. Keep Taco Tuesdays open to sample the pork, shrimp or steak tacos or try the $5 taco nachos washed down with a mango mojito. They also offer daily lunch specials like the Philly cheesesteak pita and fish-n-chips. And then there’s the peanut butter and chocolate chip cookie sundae … Sit back, relax, and enjoy a pint or two where everybody knows your name.