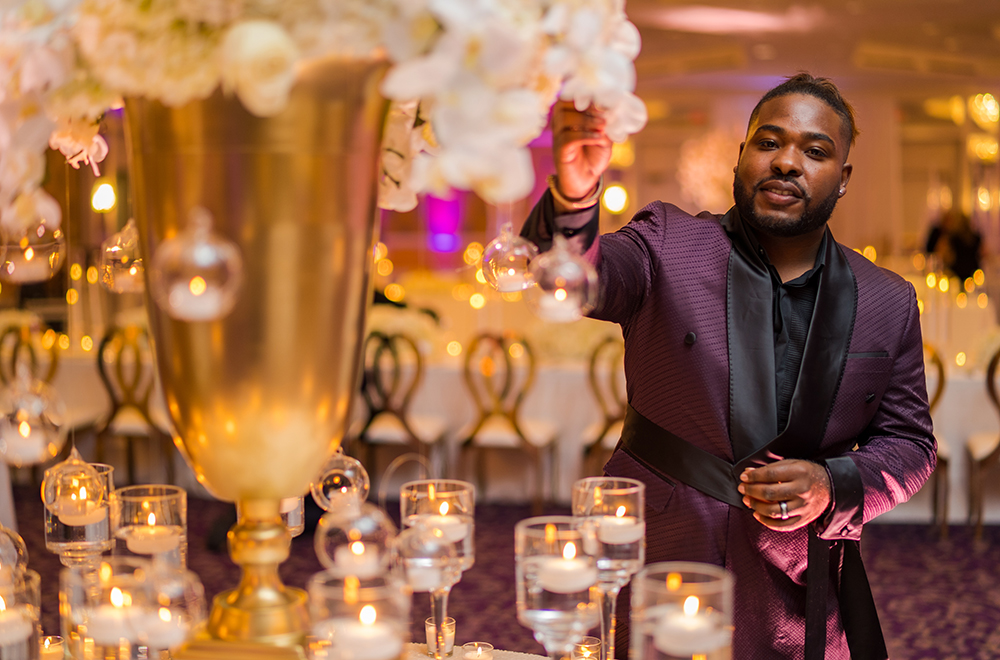 Lance Devereux ’10 always dreamed big, yet even his childhood imagination in Burlington, North Carolina, couldn’t foresee the journey he'd ultimately take. Today, Devereux is an award-winning floral and event designer and one of the most sought-after celebrity planners in the business.

He’s also the face of VH1’s hit reality series “My Celebrity Dream Wedding,” where he competes against other in-demand planners to give ordinary couples their celebrity-inspired dream nuptials.

Devereux still can’t believe this is his job, especially considering he struggled with feeling it wasn’t a legitimate path. As a kid, he didn’t know any professional event planners and admits he thought it was only something people did to help friends and family. But one look at his calendar – currently booked through the middle of next year – and it’s safe to say he’s made quite the career of it. 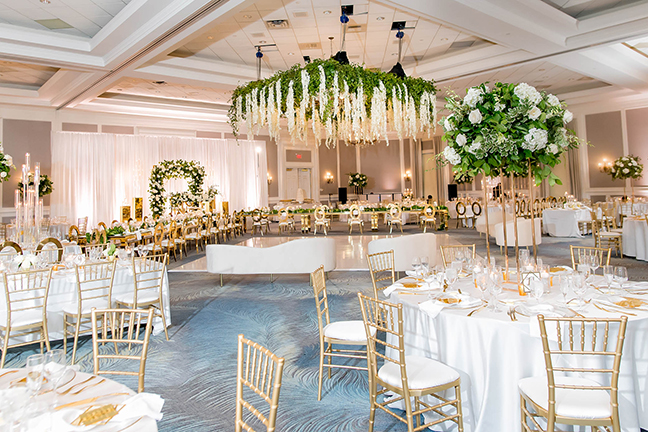 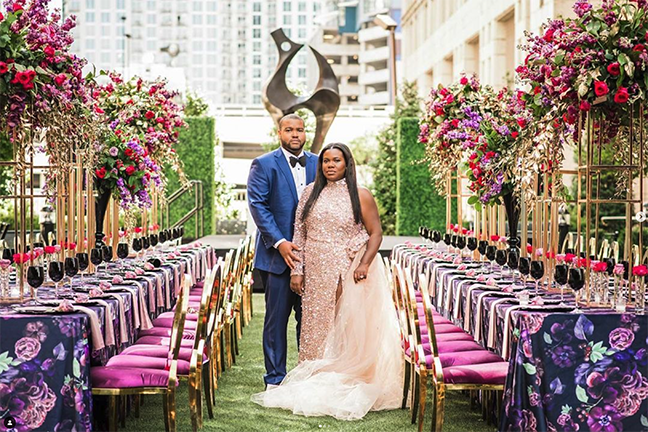 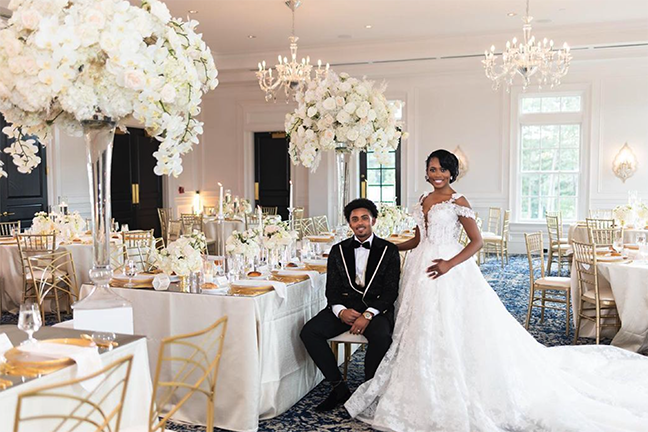 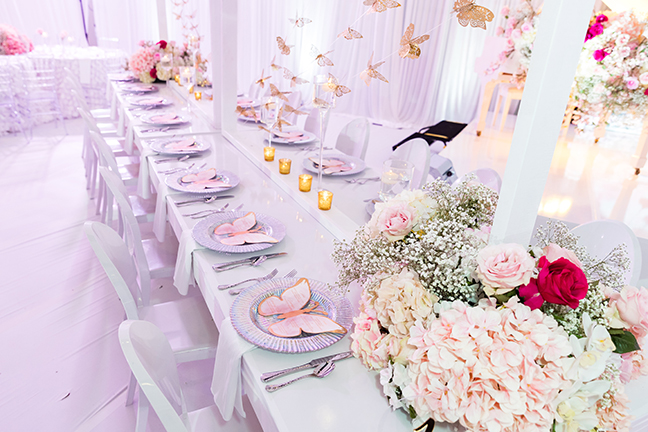 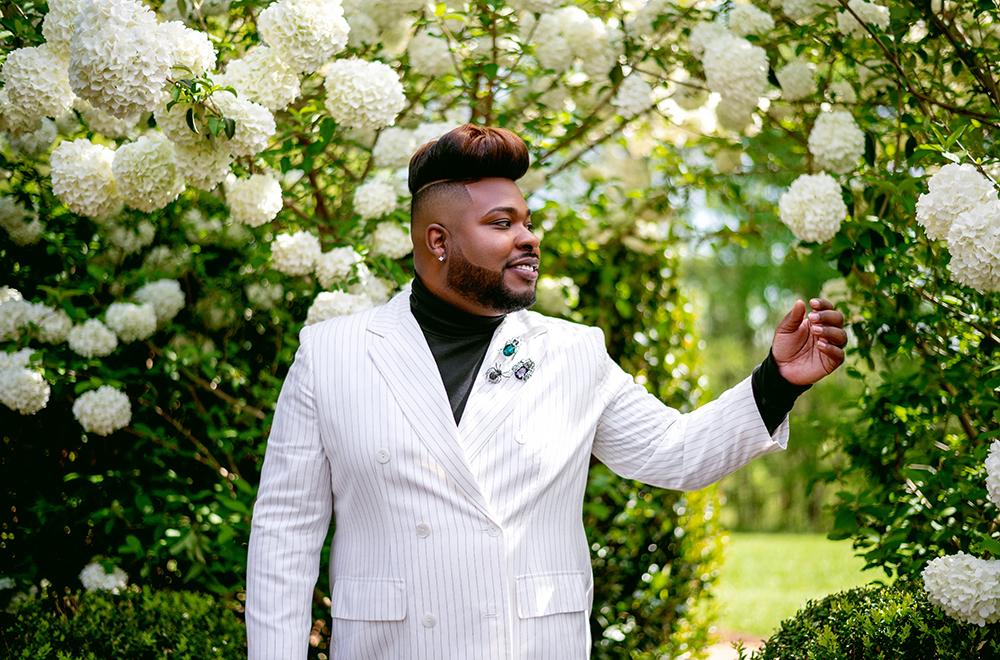 Devereux founded Designs by Devereux, a full-service wedding, special event and floral design firm based in Charlotte that's making waves throughout the South with a client list full of celebrities – including rappers Quavo and Da Brat as well as Cynthia Bailey of “Real Housewives of Atlanta” fame. As lead designer, his work has been featured on “The Real Housewives” and “Love & Hip Hop” as well as numerous publications, including The Knot and Black Bride. 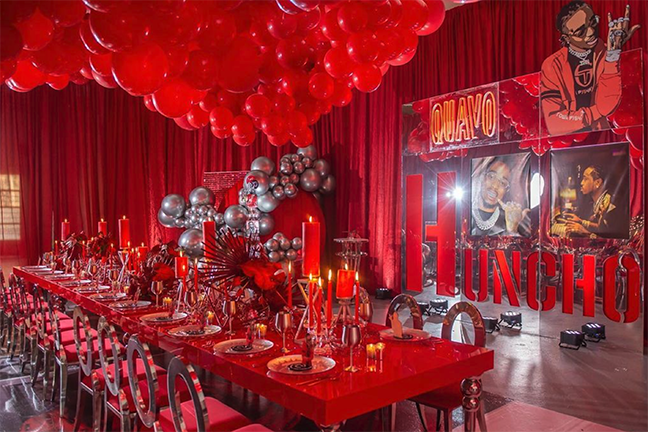 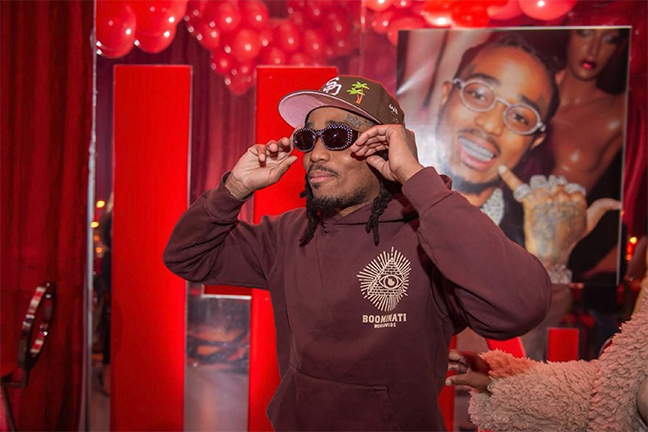 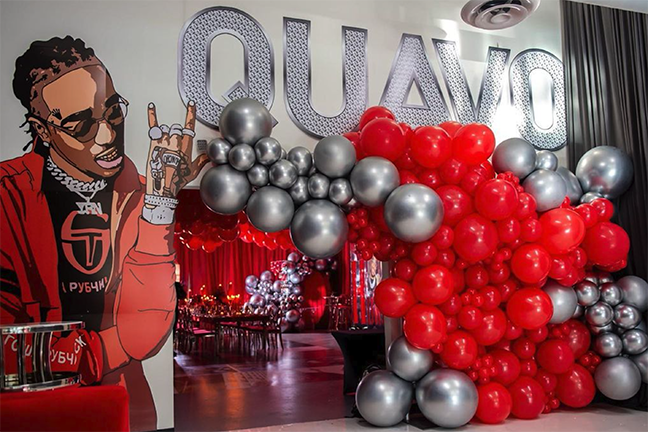 Much of Devereux’s success is tied to the popularity of his signature look: big, bold and vibrant. Described by clients as a creative mastermind, Devereux strives to create an elegant, sophisticated look that’s tailored to the client’s style and theme. With one look at a Devereux event, you instantly see his fingerprints everywhere. From overall design to show-stopping floral presentations, everything is a conversation starter.

He was named 2020 “Designer of the Year” by the B Collective, which seeks to showcase the talents and exceptional work of people of color in the wedding and event industry. 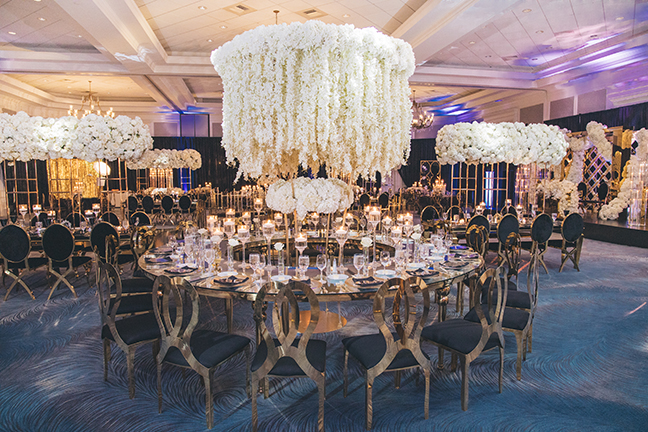 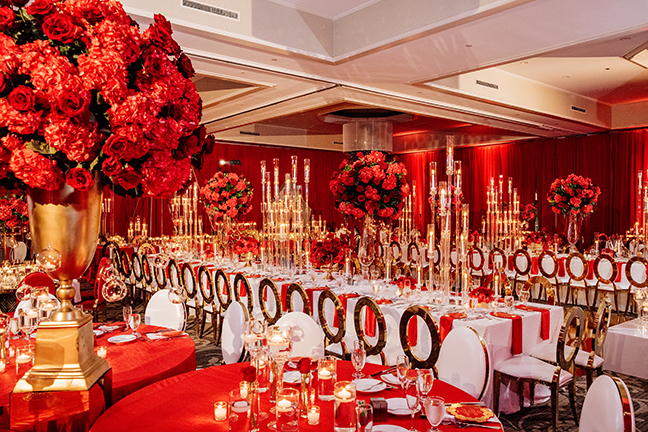 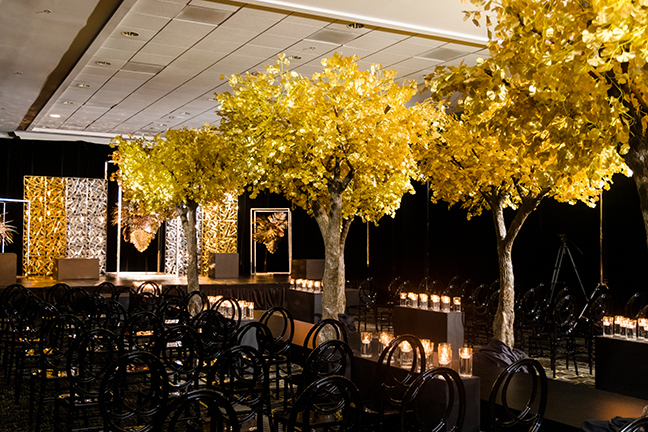 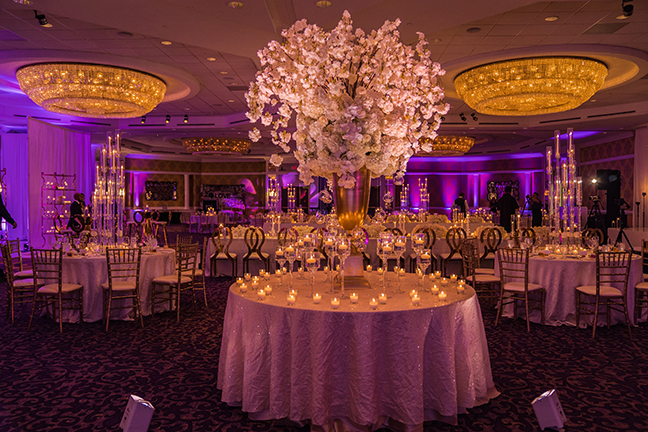 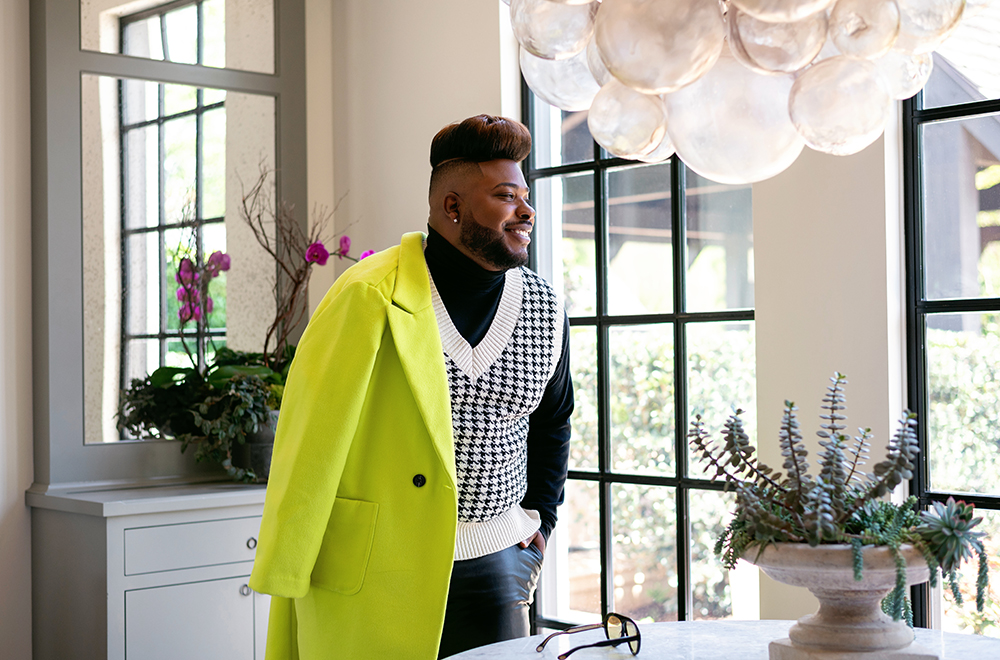 Devereux personifies his signature look, which makes him the ideal fit for VH1’s “My Celebrity Dream Wedding.” He was referred to the show by a friend in the industry, and ultimately was approached to join the show following a nationwide casting call. Beyond being must-see-TV, he credits the show for making him a better planner and expanding his overall knowledge of the business. He describes the experience as a blessing, opening doors he never could have imagined. Most importantly, it’s afforded him a platform to demonstrate his immense talent and to be seen as a successful, proud gay Black man, a reality he doesn’t take for granted.

“I’ve always believed opportunities happen for a reason and when they’re presented you can’t let them pass you by. I felt this was a rare opportunity and the platform it provided was important to take advantage of so that others who identify in similar ways could see what’s possible.” 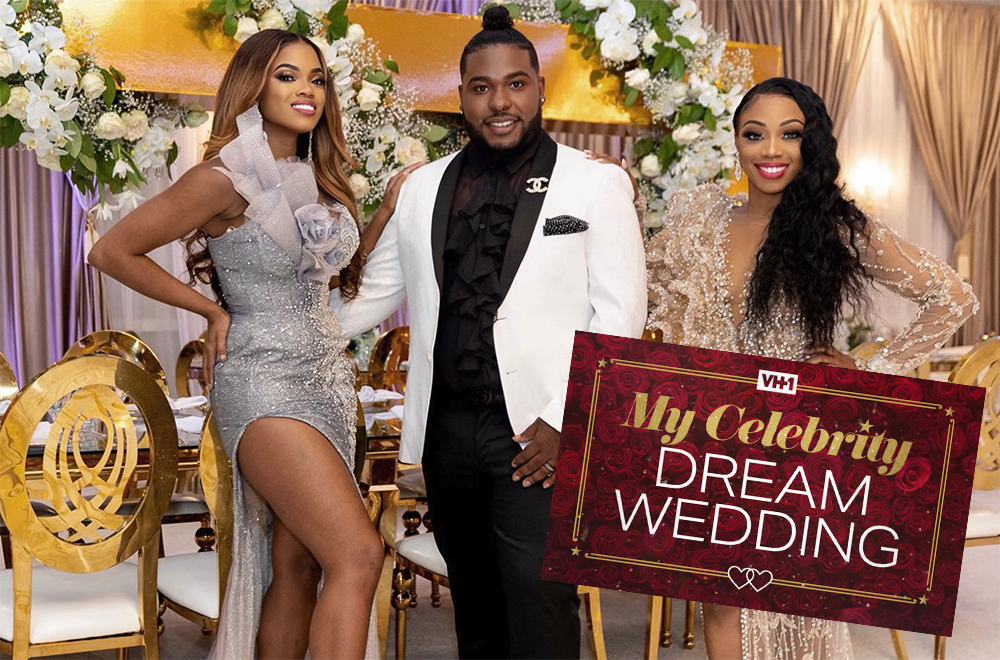 Devereux with the cast of VH1's "My Celebrity Dream Wedding" 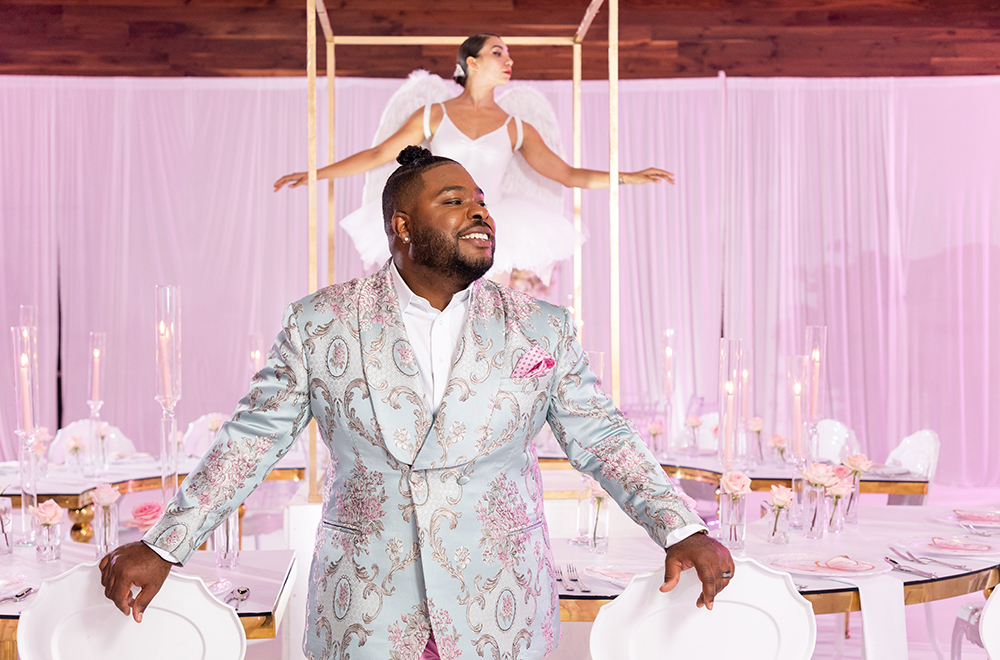 Despite his early reservations, Devereux has built an impressive career. Eager to share the vast knowledge and skills he’s acquired over the years, Devereux is paying it forward with the Devereux Experience, a masterclass designed to teach aspiring event designers his techniques for successfully transforming any space.

“There’s a science to effective and impactful event design and a balance to strike while also running a successful business. This experience will provide the blueprint that guarantees impactful and memorable event experiences every time.”

Tip: The Devereux Experience Live will be a three-day floral and event production masterclass featuring well-known special guests from within the celebrity event planning industry. Scheduled for July 18-20, the event will take place at Canopy by Hilton Charlotte SouthPark. 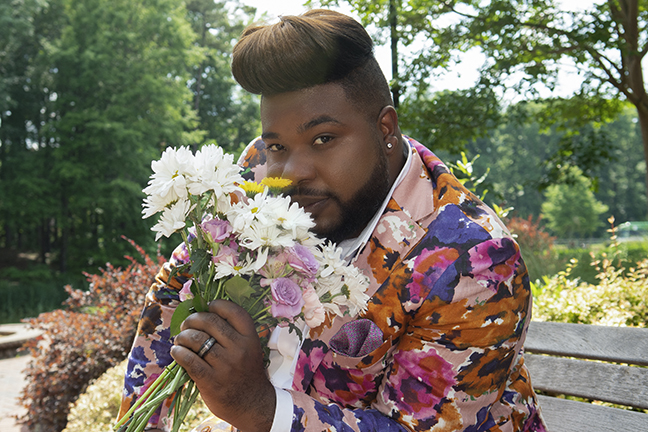 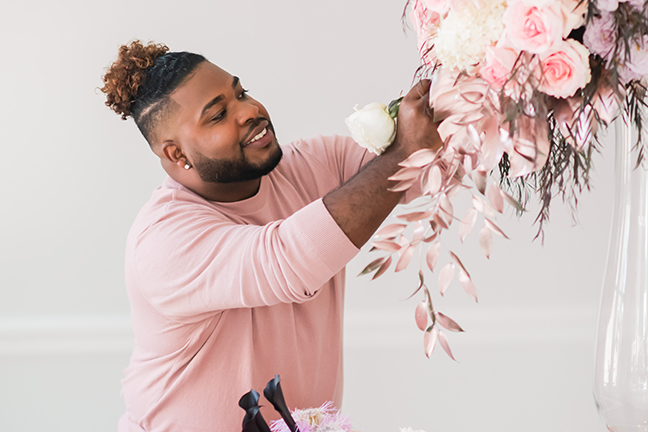 Devereux got his start at UNC Charlotte and he credits his time at the University for shaping him into the man he is today. In addition to earning a degree in communication studies, he found a strong community that allowed him to be himself while also finding a network of people who recognized his potential. In fact, many of Devereux’s first clients were his college friends.

But the greatest impact from his time at Charlotte is meeting the man who would become his husband, Antonio. They met on campus and have been together since, walking side by side on Devereux’s journey to stardom.

“I’m blessed to have many things to be grateful for but I’m where I am today because of Antonio’s love and support. Together, we bring the best out of each other.”

“I’ve recently been asked in interviews what the thing or moment in life thus far that I’d attribute to where I am today. Of course so many things come to mind, but when I really think about it I have to say it’s when I became okay with myself! When I decided to live openly in the fullness and truth of who I really am, who I know I was created to be, is when the doors truly began to open. So now, more than ever, I’m happy to say Happy Pride Month. Cheers to all of us in the LGBTQ community, and to a life of loving exactly who you are, exactly the way you are.” 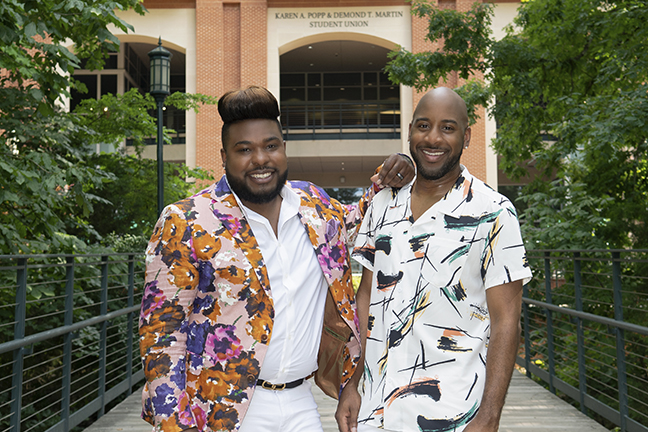 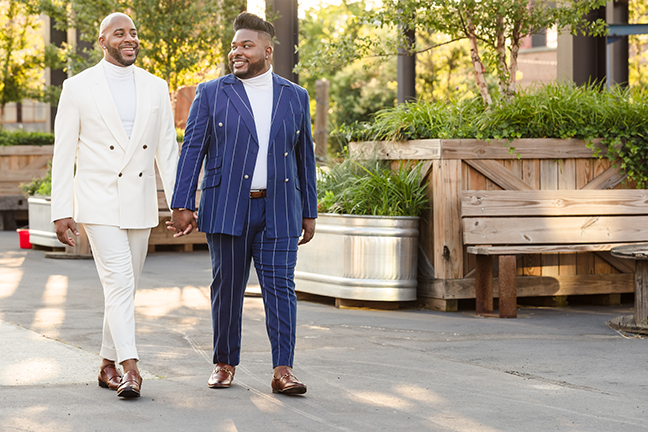 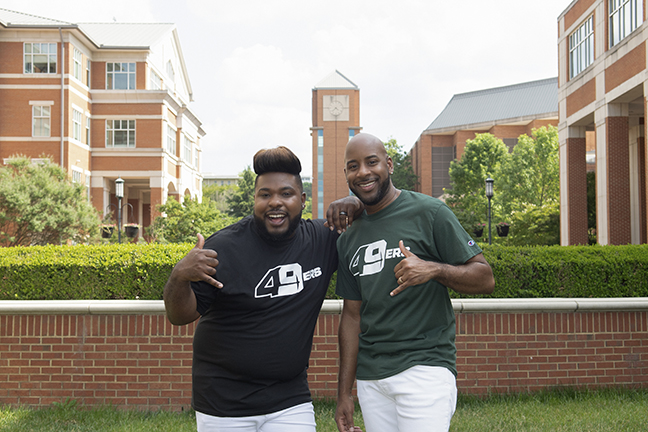 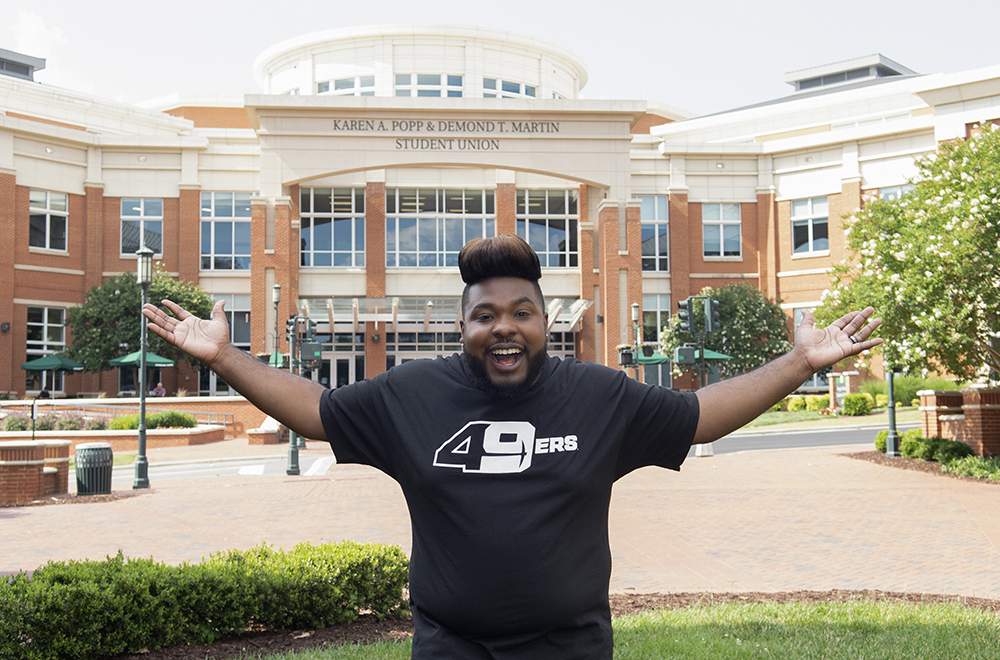 Students come to UNC Charlotte from different backgrounds and leave as alums on a variety of paths. What we have in common is that we all take a piece of Niner Nation on our journey and use it in a unique way. And when you think of it like that, we’re all striking gold. 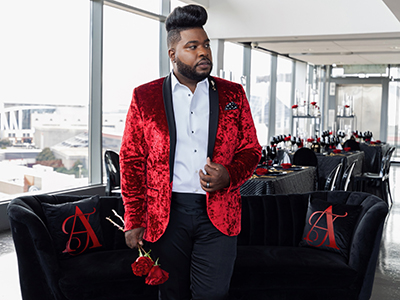 Keep up with Lance on Instagram to see his latest work and who he’s rubbing shoulders with in the celebrity world.