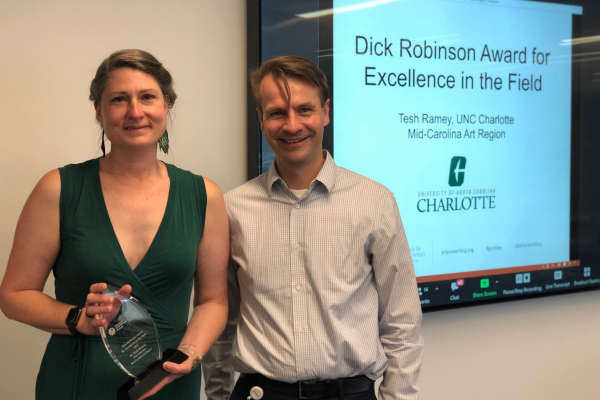 The College of Arts + Architecture is the 2022 Dick Robinson Award for Excellence as the Mid-Carolina Regional Art Affiliate of the Scholastic Art and Writing Awards.

This annual award is presented by the Alliance of Young Artists & Writers, a nonprofit organization whose mission is to identify students with exceptional artistic and literary talent and present their remarkable work to the world.

Photo: Tesh Ramey with Chris Wisniewski, executive director of the Alliance for Young Artists & Writers, at the awards event.