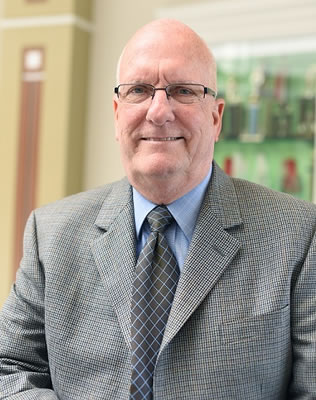 “Gary has served UNC Charlotte for more than 25 years with distinction, dedication and integrity,” said Vice Chancellor for Business Affairs Rich Amon. “He is the longest tenured chief HR officer in the UNC System and is frequently called upon by his colleagues for his assistance and advice. He has helped this University transform from 1,800 full-time employees serving around 15,000 students in 1996 to a workforce of more than 3,600 employees serving today’s student body of more than 30,000.”

Stinnett’s numerous accomplishments at Charlotte include: collaborating with senior leadership to implement nearly $30 million in strategic market-based salary adjustments in all employment categories, making the University a leader in the UNC System for salaries to market;  developing scholarship opportunities to fund and send three high-potential mid-to-senior level administrators annually to the Center for Creative Leadership, a preeminent  leadership development institute; completing a two-year Office of Federal Contracts and Compliance Programs Audit with no findings, a rare accomplishment for federal contractors; and helping lead the University’s response and recovery efforts for employees during the April 30, 2019, shooting and the COVID-19 pandemic.

“UNC Charlotte has grown, become more complex and changed considerably over the span of my employment, and I am very proud of our team’s efforts and contributions to continual change,” said Stinnett. “We have always had a strong reputation within the UNC System and beyond, attracting ‘builders’ who want to leave the campus better than they found it. It has been my honor and privilege to be part of this University and have responsibility for selecting and developing others to grow and prosper in their own careers.”

Prior to joining UNC Charlotte, Stinnett completed a career on active duty in the U.S. Army. At the time of his retirement from the Army and transition to Charlotte, his last assignment was as adjutant general, United States Military Academy at West Point, New York.