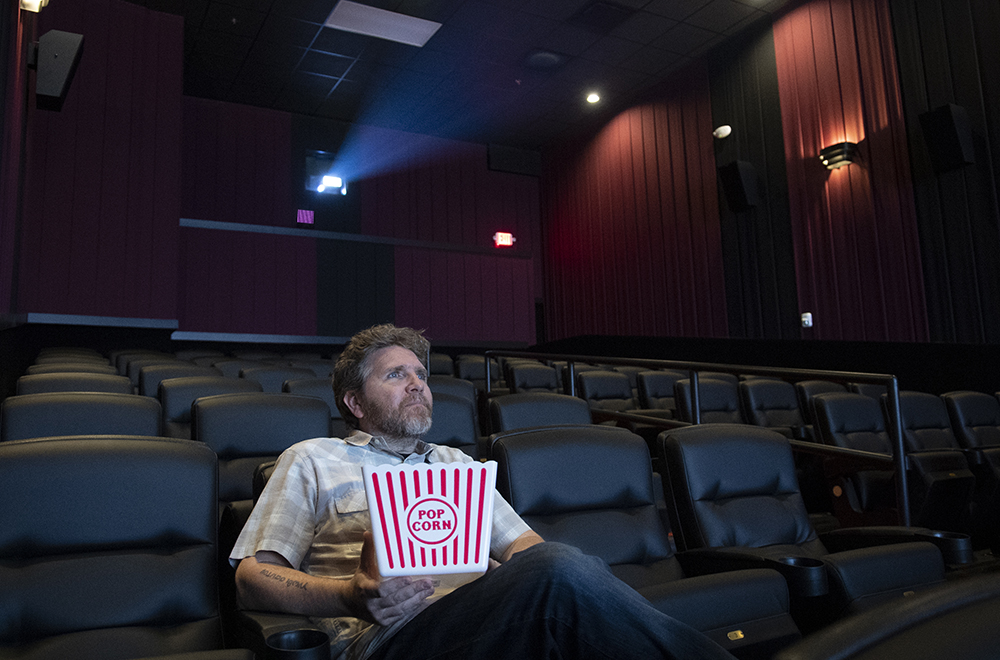 “Art matters – it’s what teaches us to be human.”

For Independent Picture House Creative Director and UNC Charlotte Theatre and Film Studies Professor Jay Morong from the College of Arts + Architecture, the last two years have been a labor of love. Morong, along with Charlotte Film Society Executive Director Brad Ritter, recently opened the new indie arthouse cinema in NoDa. We recently met up with Morong for a tour of the space. 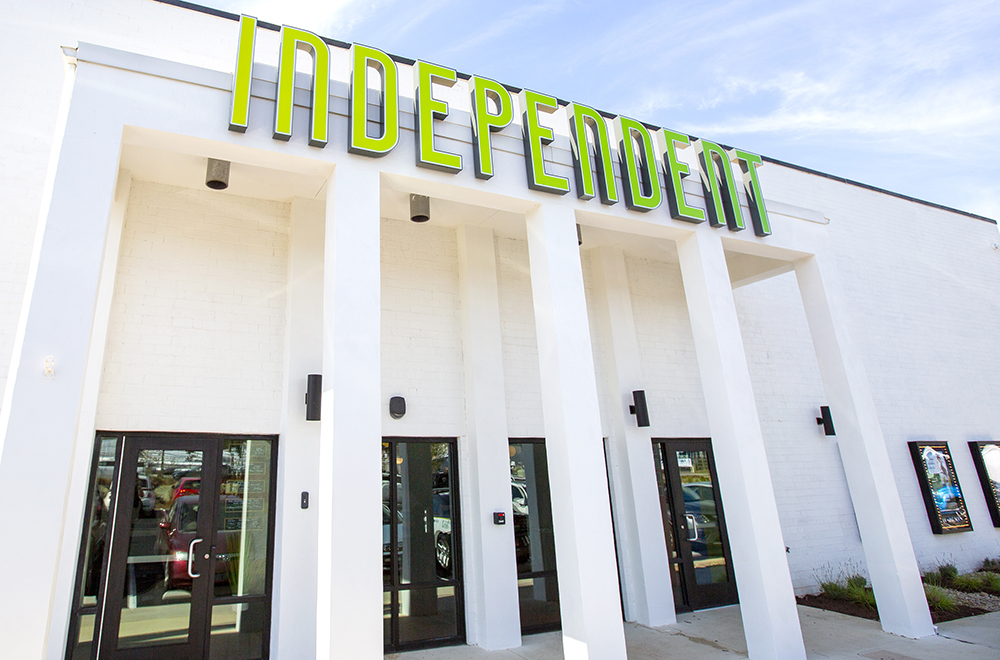 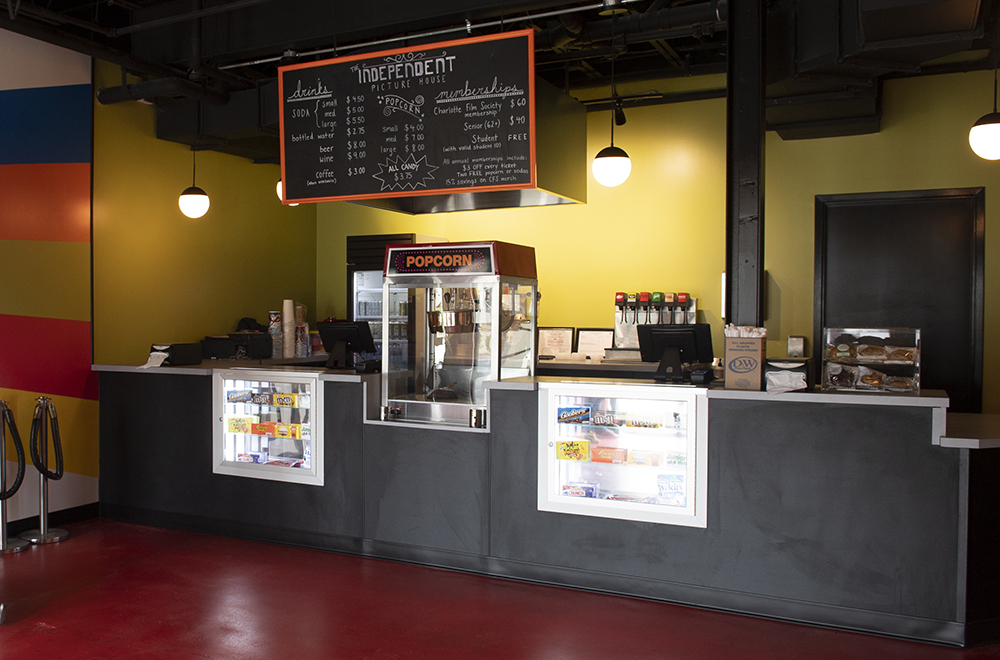 The Independent Picture House is original and authentic. The main lobby wall, designed by local artist Scott Weaver, includes a real inset camera lens from the Manor Theater, while another colorful wall is adorned with actual film reels. Concessions feature the expected goodies (including fresh popcorn from The Manor’s popper) along with local draft brews and baked goods. 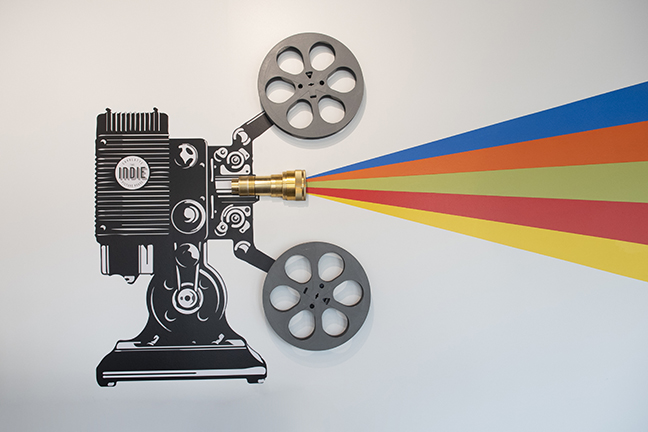 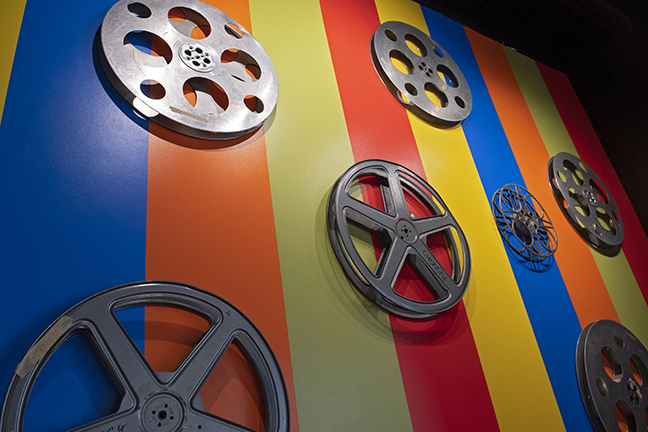 The Independent offers three theaters: a 17-seat micro cinema with leather recliners, and two traditional theaters with rocker-style seating for 77 and 105, respectively. Films rotate among the various screens; schedules include the theater assignments. 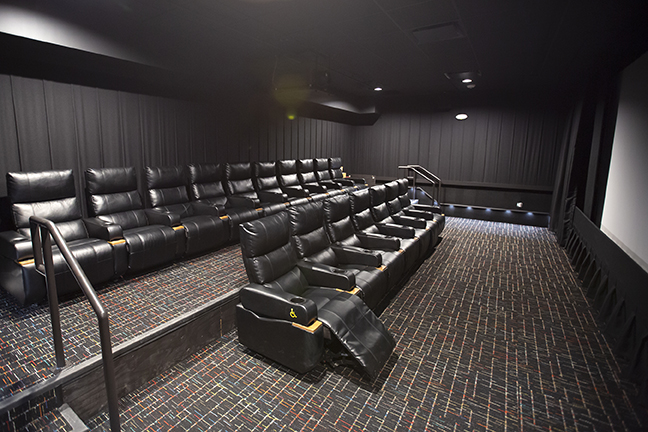 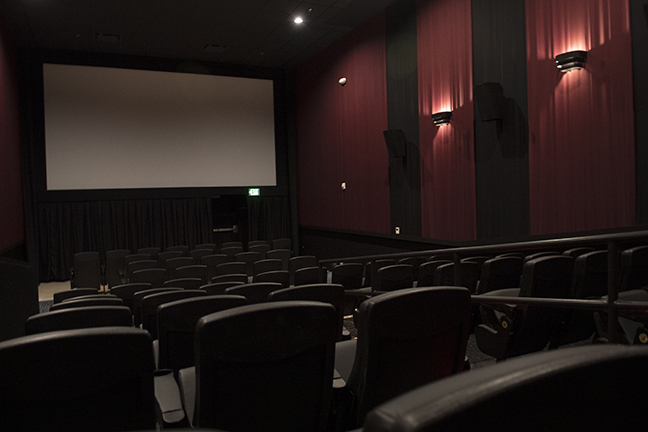 BACK TO THE WALL

In a unique twist, each restroom features an accent wall with movies that played at The Manor, the Albemarle Road Drive-In, the Tryon Mall theater and other former cinemas in Charlotte. “During its last 18 years, The Manor really was an arthouse theater. But most of its time, it was a neighborhood theater. Star Wars and Halloween played there as well as Disney movies in the ’50s and ’60s.” 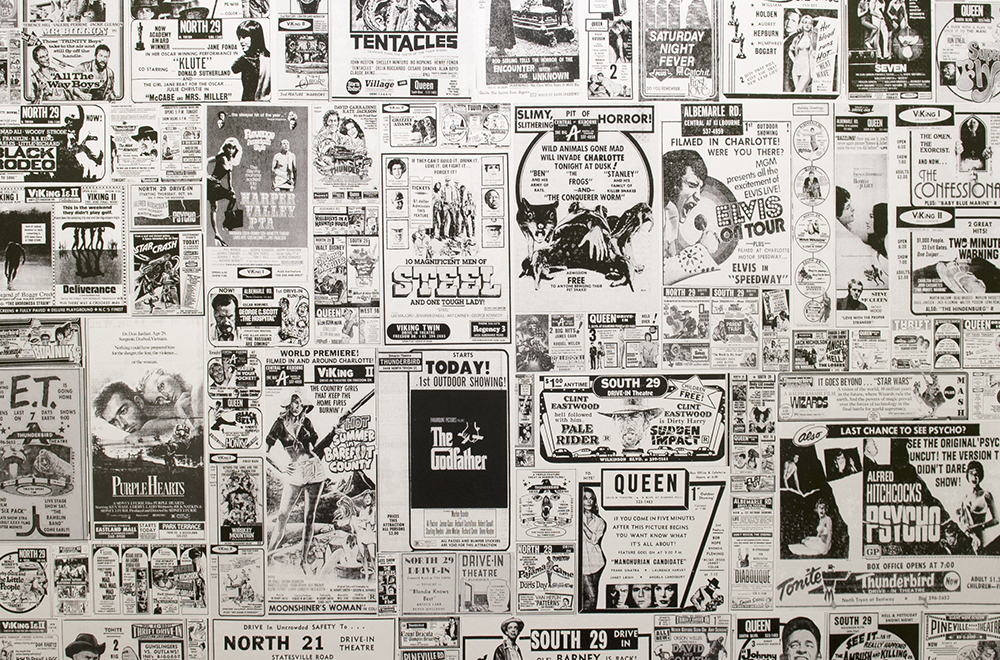 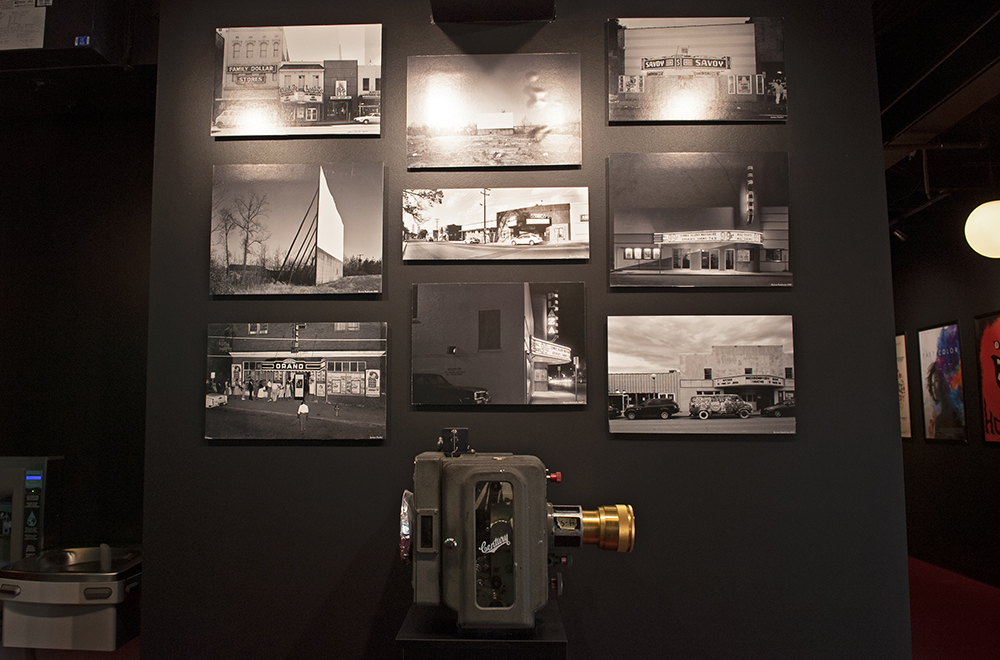 Another section of the lobby pays homage to more theaters in the Charlotte region that have closed. “When The Manor closed, it was a gut punch — it was there for some people’s whole lives. It wasn’t the same as an old restaurant that was closing; it was a cultural institution. It would be a huge blind spot for Charlotte not to have a dedicated theater; we knew this had to be done.” The team felt it vital to commemorate Charlotte theaters from the previous decades — some that have morphed into entertainment venues and some that no longer exist. 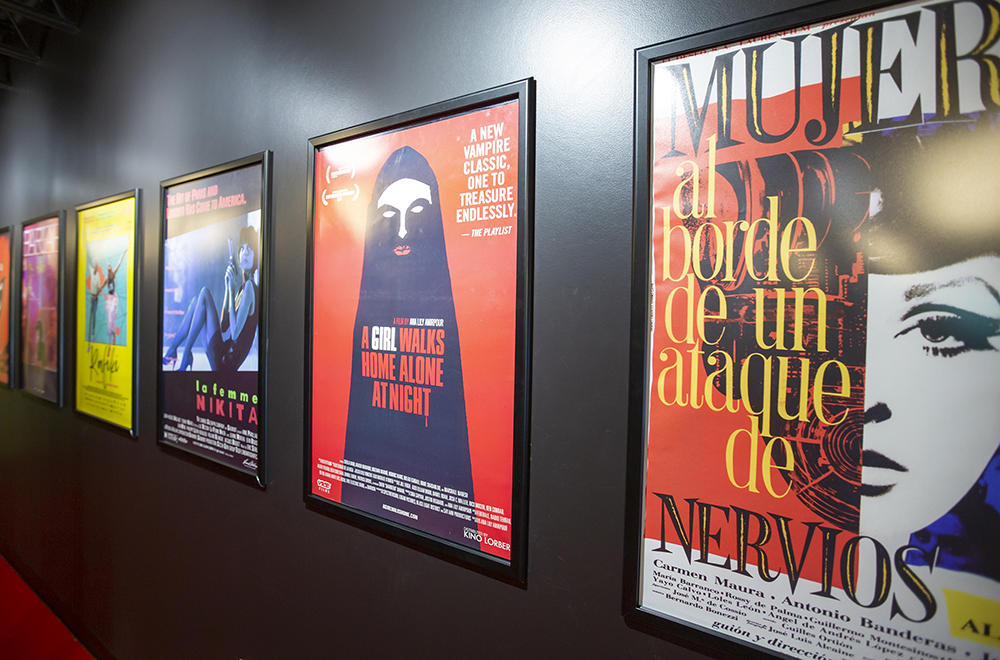 “Film is an entertainment art form that brings culture and stories to life. I would love to have film courses in this theater — it’s so easy for UNC Charlotte students to ride the light rail from the main campus or The Dubois Center in Uptown. We could host classes here that reinforce the subjects they’re exploring. This can become a space where students can see the things they’re learning played out as they think through their thoughts, beliefs and values.” 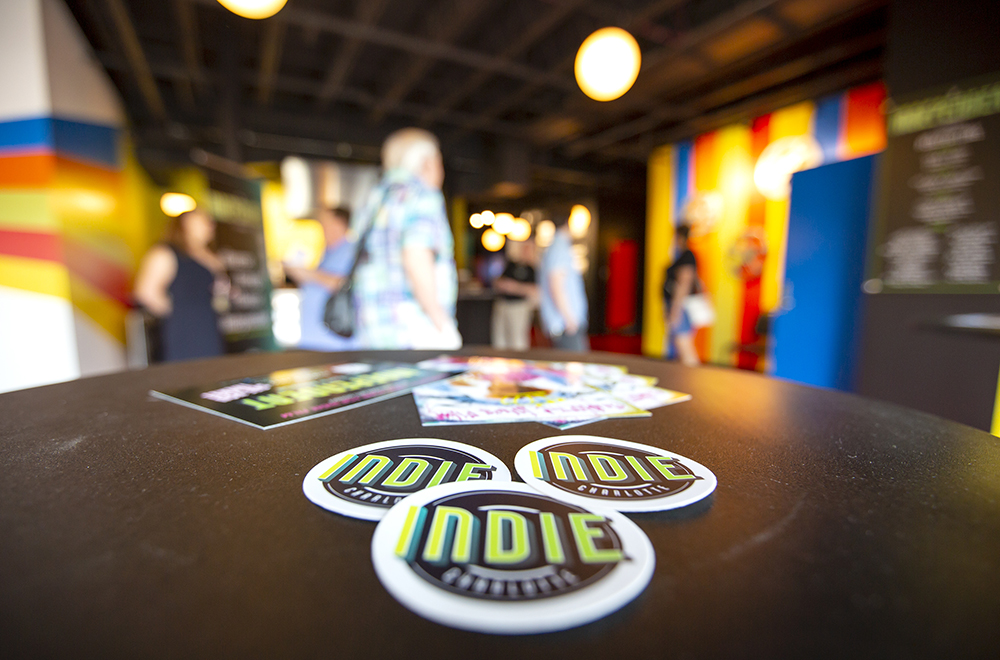 So what’s next? “I’d love to host workshops and classes for our students — provide them access to industry professionals and filmmakers. And micro courses to enhance their skill sets. Additionally, we could host post-show discussions about various topics from a variety of faculty, not just for the campus, but the community at large. We’ve got faculty experts in all fields who can speak to the complex historical, cultural and regional impacts that many films explore.” 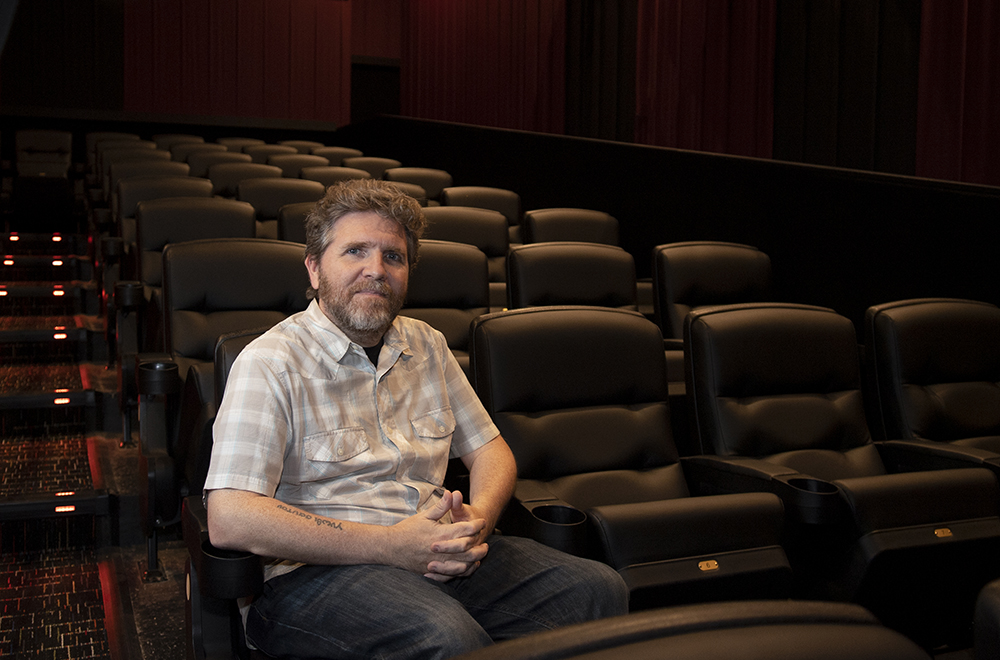 Morong has been a faculty member in the Department of Theatre and Film Studies Program at UNC Charlotte since 2005. He earned a master's degree in the Philosophy of Film and Theatre from Boston University and a Bachelor of Arts in Philosophy from Assumption College in Worcester, Massachusetts. As a theater and film studies instructor, his primary focus is on the relationship of digital media to performance and culture, and the relationship of theater and film to society. Morong also works as Creative Director for the Charlotte Film Society, as festival director of the Charlotte Film Festival and as a special events film programmer at the Somerville Theatre in Somerville, Massachusetts. He currently serves on the boards of the Charlotte Film Society and VisArt, Inc., the last video rental store in Charlotte. He is a proud member of IATSE Stage and Picture Operators Local 182.