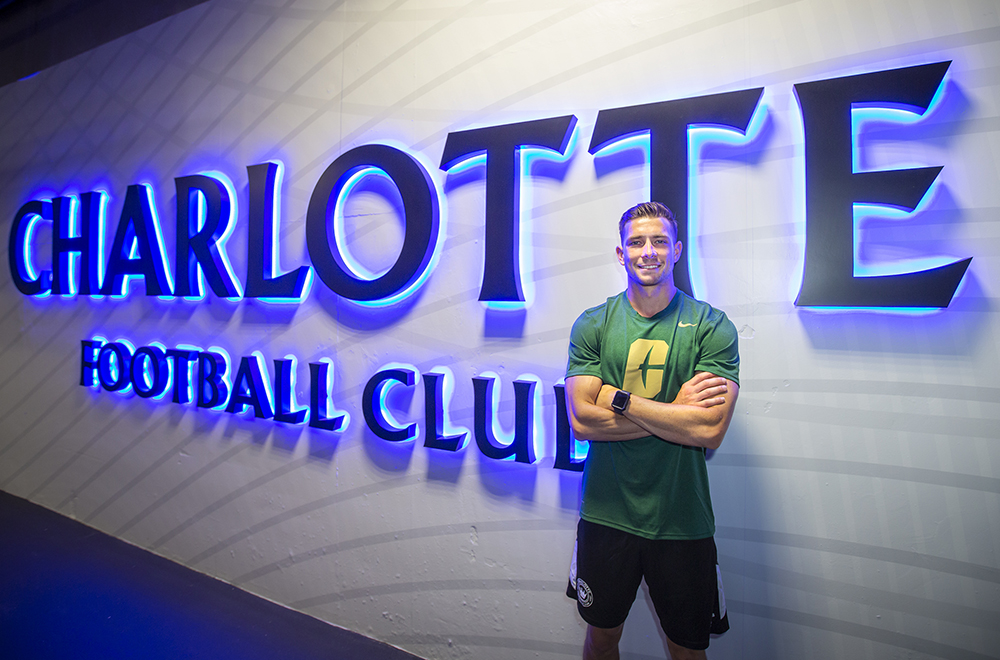 Growing up, Brandt Bronico ’17 only ever wanted one thing – to be a professional soccer player. Today, he continues to realize that dream as a starting midfielder for Charlotte FC, the Queen City’s newly minted Major League Soccer (MLS) team.

But for Bronico, who grew up just outside High Point, North Carolina, and played college soccer for the Charlotte 49ers – where he met his wife, Rebecca Bronico ’17 – the fact he gets to play professional soccer in Charlotte still feels surreal. 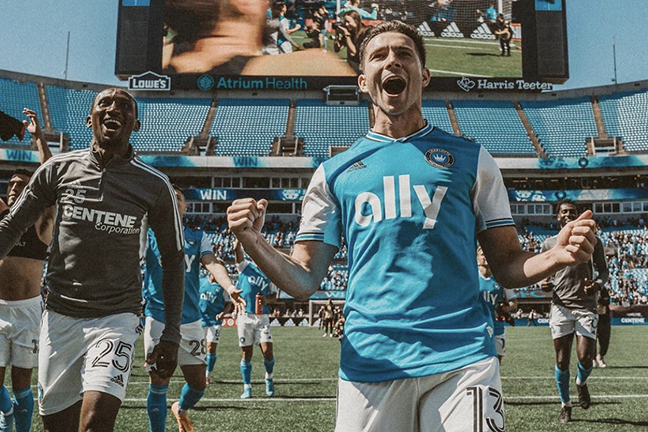 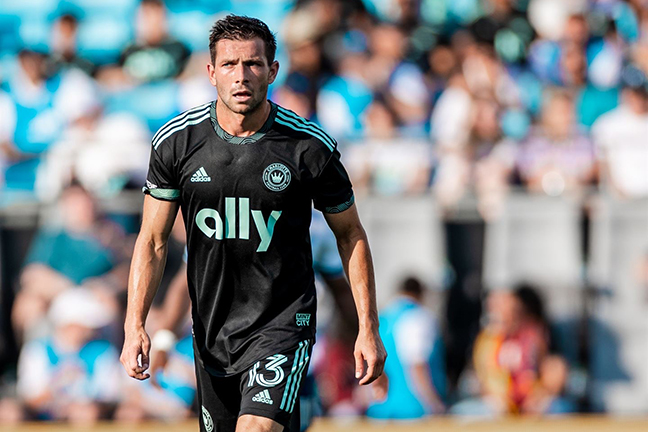 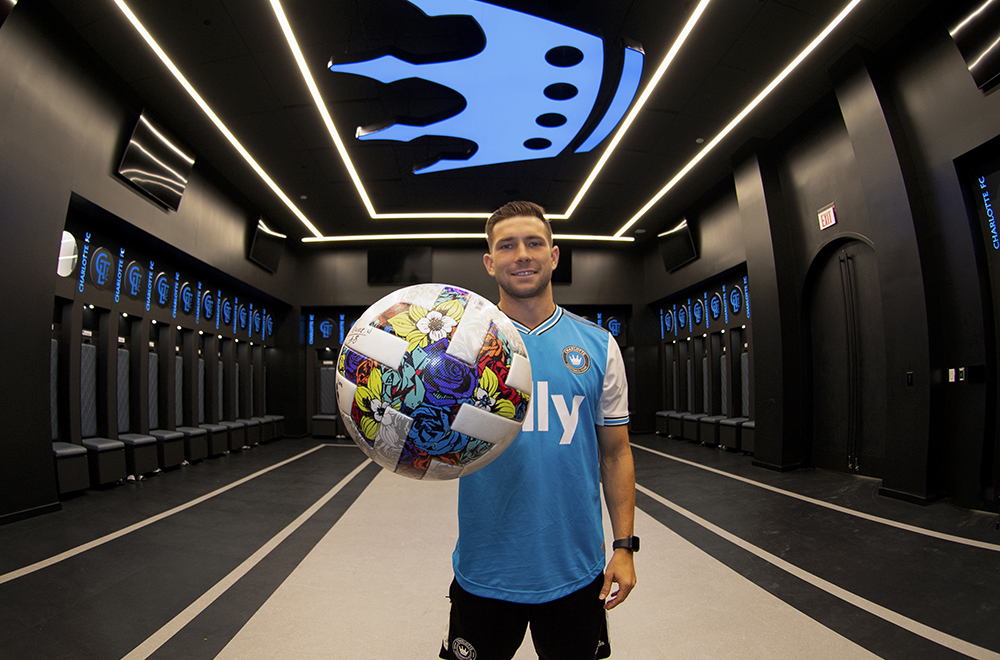 A veteran MLS midfielder, Bronico came to Charlotte FC after four seasons with the Chicago Fire, where he netted a pair of goals and dished out eight assists in 66 appearances and 40 starts.

Joining Charlotte FC in its inaugural season, Bronico is a staple in the Starting XI – soccer lingo for starting lineup – establishing himself as a potential MLS All-Star.

While Charlotte FC’s first season has been full of unforgettable memories, for many – including Bronico – nothing tops the inaugural match, where 74,479 rowdy fans filled Charlotte’s Bank of America Stadium to its brim, creating buzz and excitement that’s rarely duplicated.

“I had so many goosebumps and I felt like I was on the verge of crying multiple times. Through the walkout and as the national anthem played, it felt like a dream come true. To be in the first-ever Starting XI for my hometown club? Things don’t get better than that!” 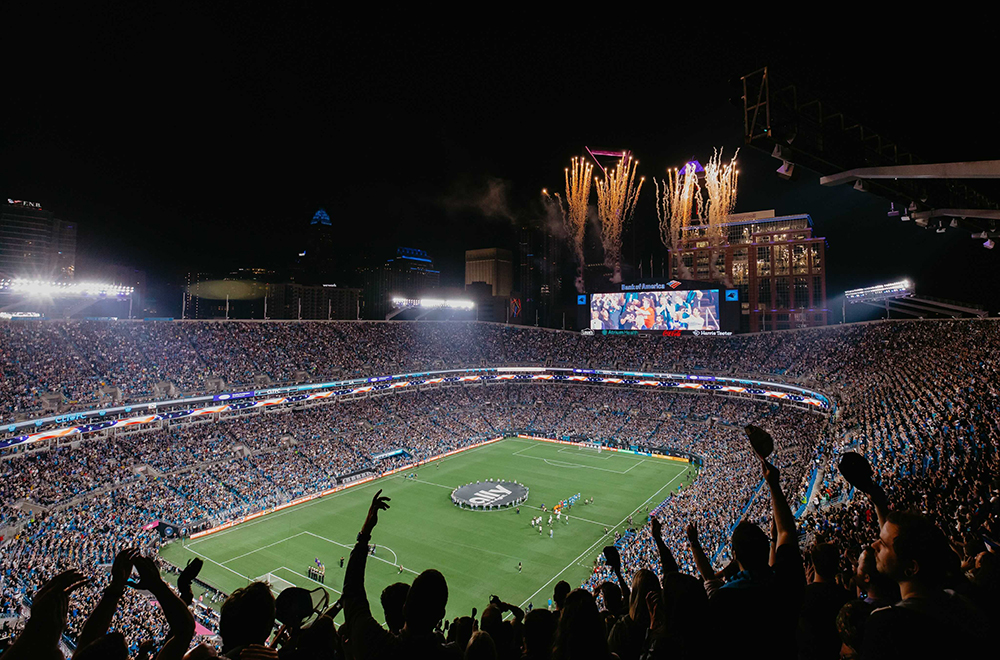 View of Bank of America Stadium for the inaugural home match. 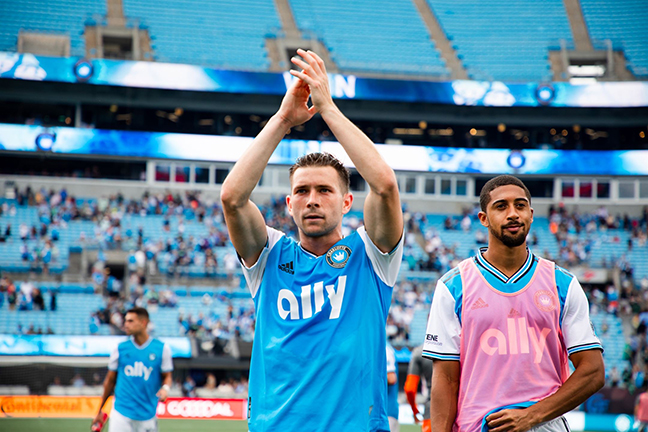 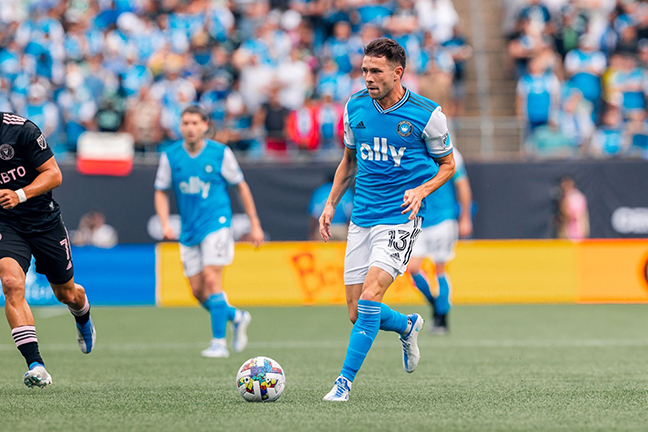 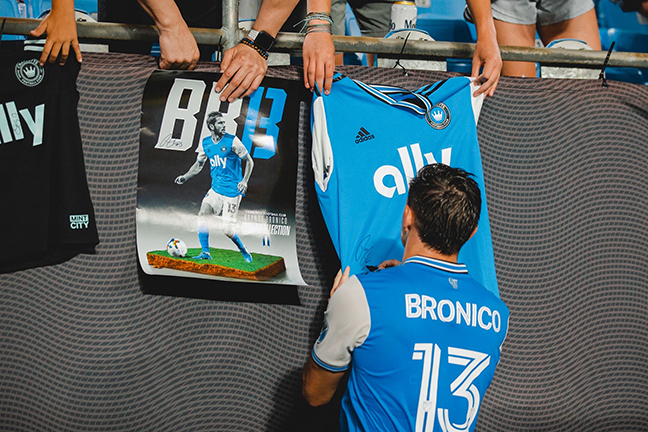 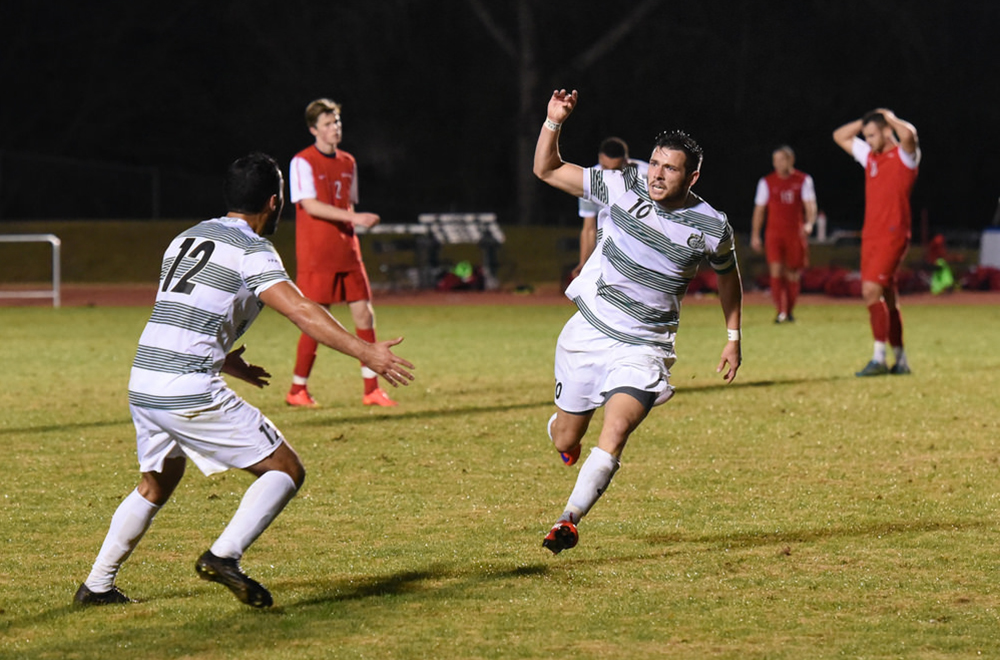 Recruited by both Charlotte and Chapel Hill, Bronico chose the 49ers because he felt the program and the University offered him the best opportunity to make it to the professional ranks.

“I let the coaches know my goal and they said they would do whatever they could to help me achieve it,” said Bronico. “Looking at the culture and environment they created, it sets you up to be a professional.”

Bronico thrived during his time on campus, proving to be an integral part of the 49ers men’s soccer program. As a four-year starter, he finished with 25 goals, while assisting on 23 more. He earned First Team All-Conference USA honors as a junior and senior and was named C-USA Player of the Year as a senior, ultimately leading Charlotte to a trio of NCAA Tournament appearances.

“Going to Charlotte was a no-brainer. The campus, the facilities and the coaches, given how much they were willing to invest in me, made it clear there was no better place for me. The opportunity to go to Charlotte was a major blessing in my life.” 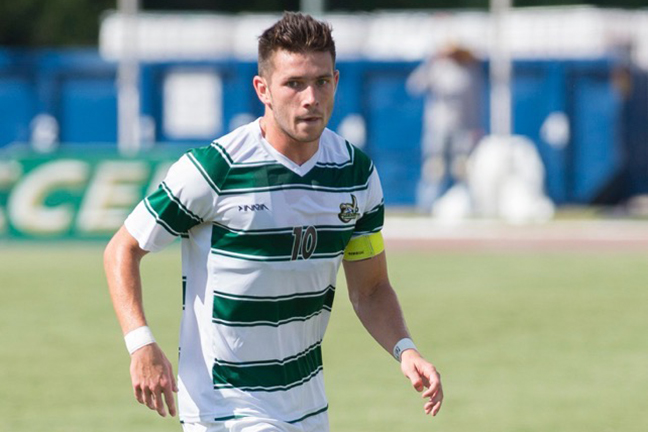 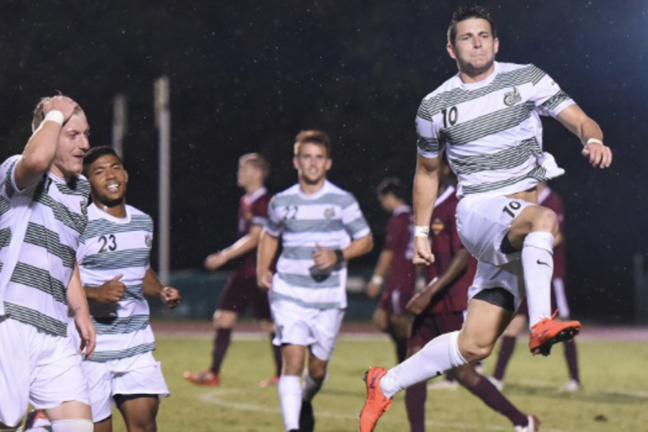 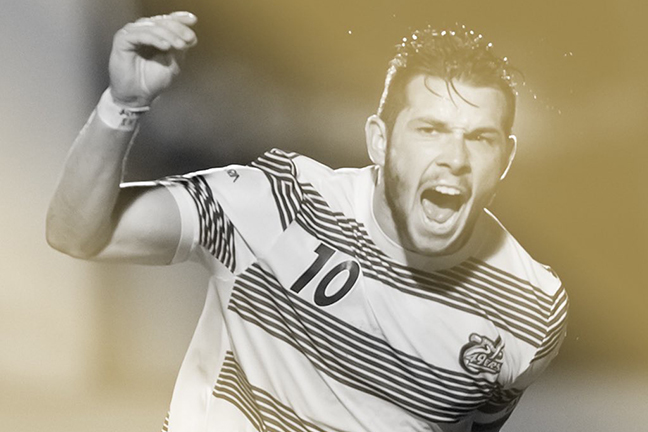 ‘AND WE FELL IN LOVE’

Sure, the University provided Bronico the opportunity to earn an accounting degree and forge the foundation to become a professional soccer player. But it also served as the backdrop for what has to be one of his greatest scores – meeting and marrying his wife, Rebecca.

The two met as members of the 49ers men’s and women’s soccer programs, both arriving in the same recruiting class for their respective teams. Instantly connected through a shared love of soccer, the two built a friendship that quickly developed into something more serious.

“I have great memories of watching Rebecca play at Charlotte and getting excited for her games. I remember one of her goals where she lined it up maybe 30 yards out and just crushed it. I was going crazy in the stands.” 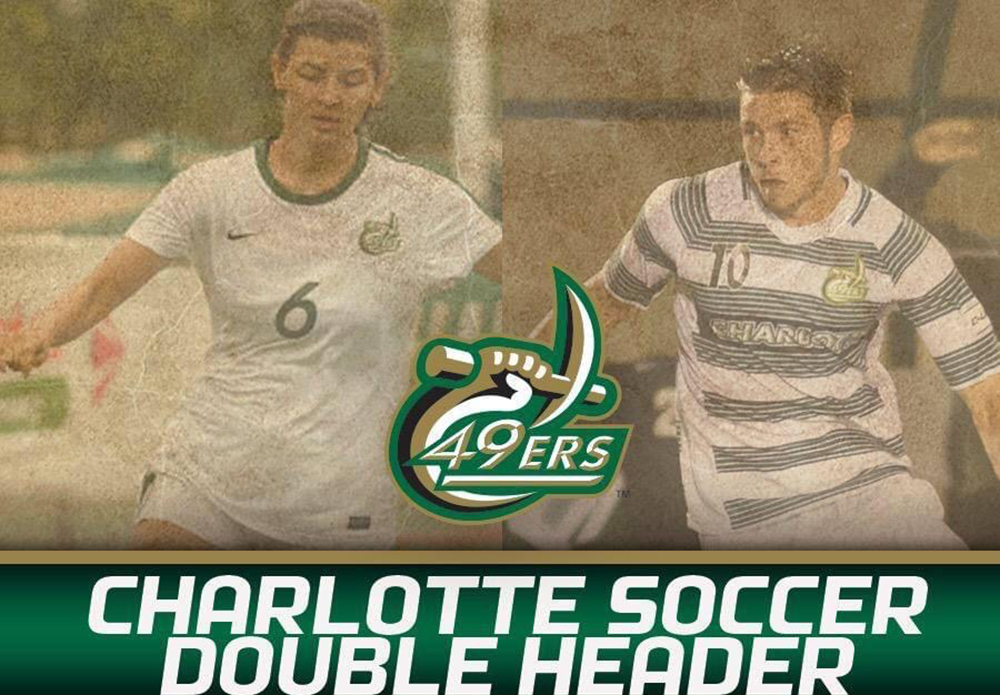 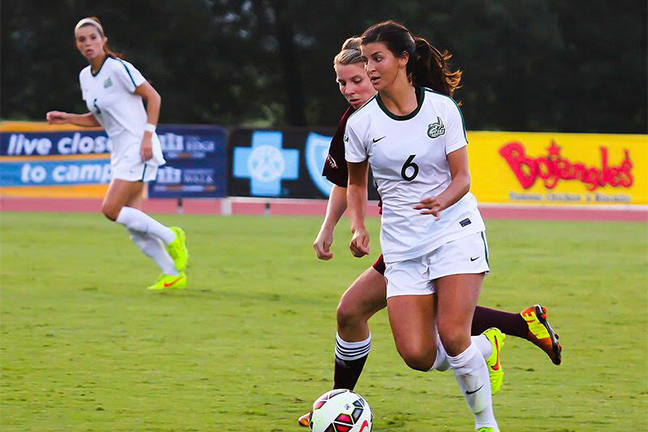 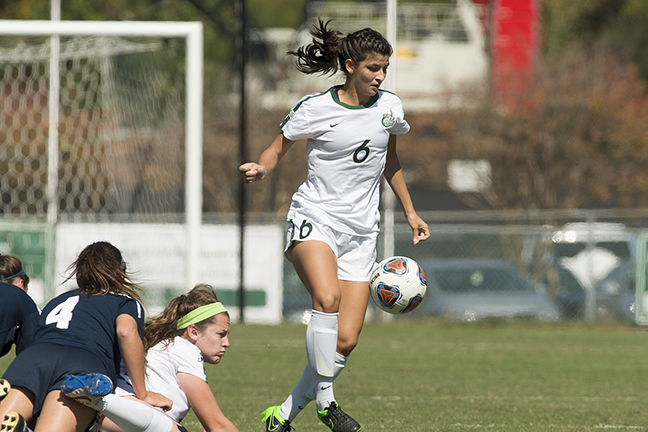 ‘I WOULDN’T BE HERE WITHOUT HER’ 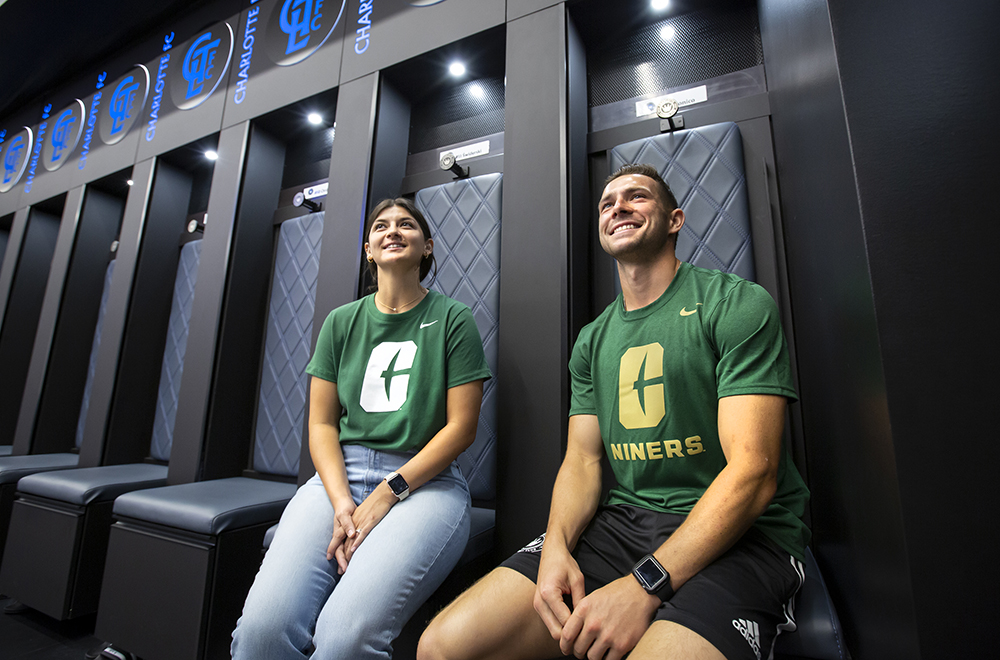 Bronico loves being a professional soccer player, especially now that he’s playing for his hometown team. But being able to share the journey with Rebecca, a huge soccer fan in her own right, has been extra special.

“Sometimes it’s overlooked just how important she is in my life; I don’t think I would be here today without her.”

“There are a lot of ups and downs, especially in the pros. She knows the game, the schedule, the grind and she knows the emotions. It’s such a blessing to have her by my side and the perspective she provides is something I really appreciate.” 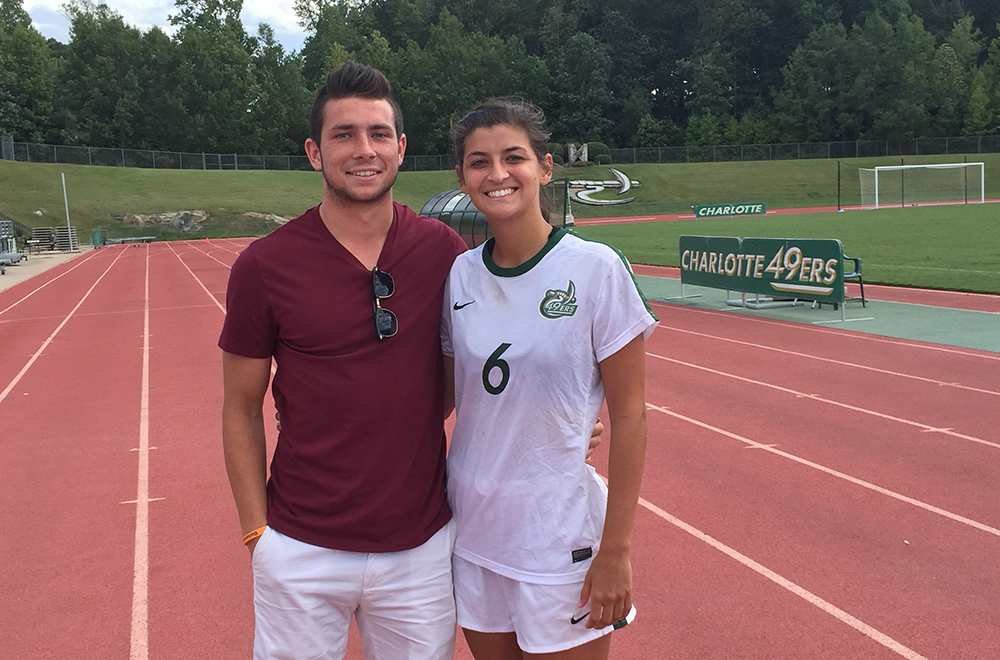 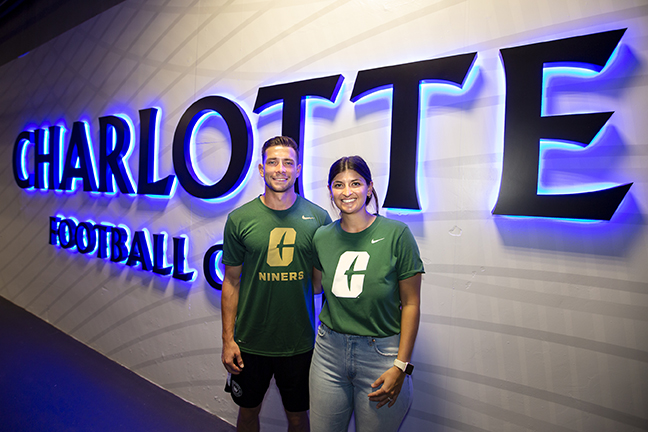 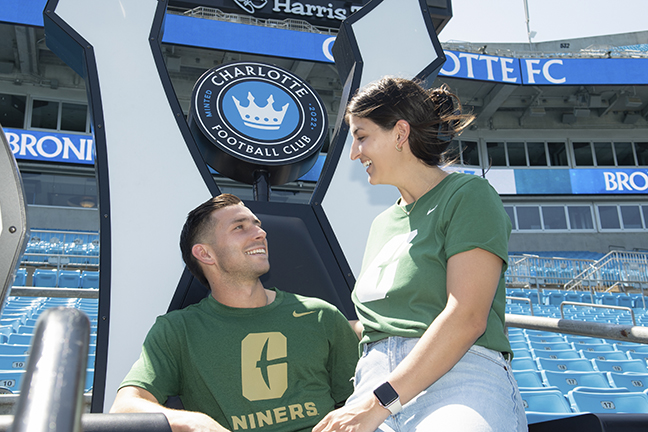 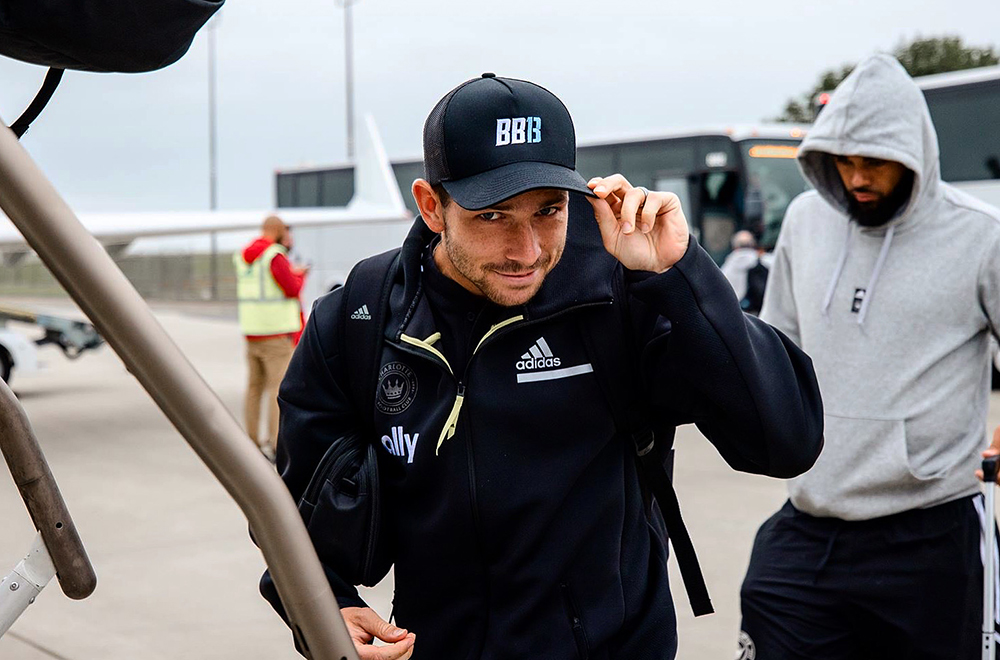 As Bronico continues to find success on the pitch, he’s putting his business degree to work by launching an apparel line, the BB13 Collection.

Check out the official site and store! 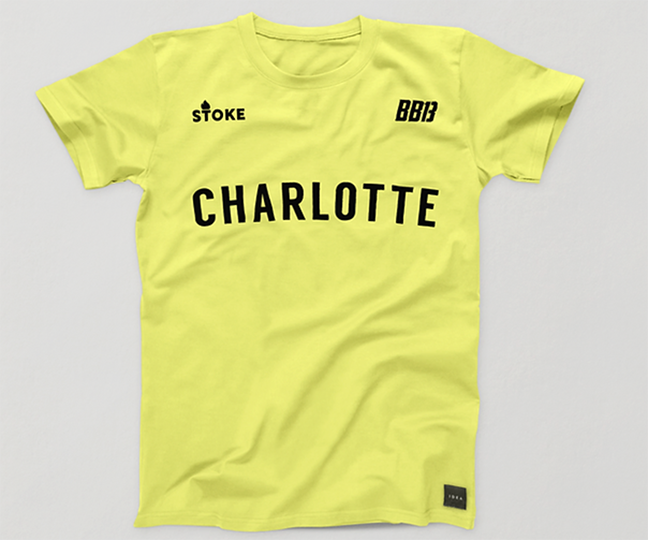 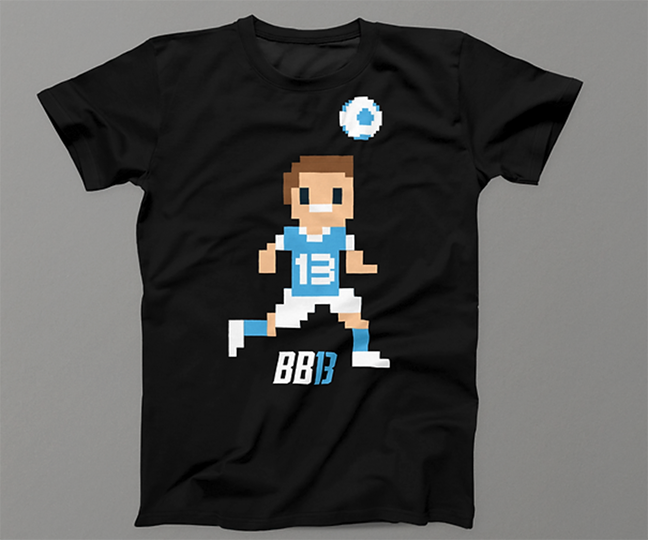 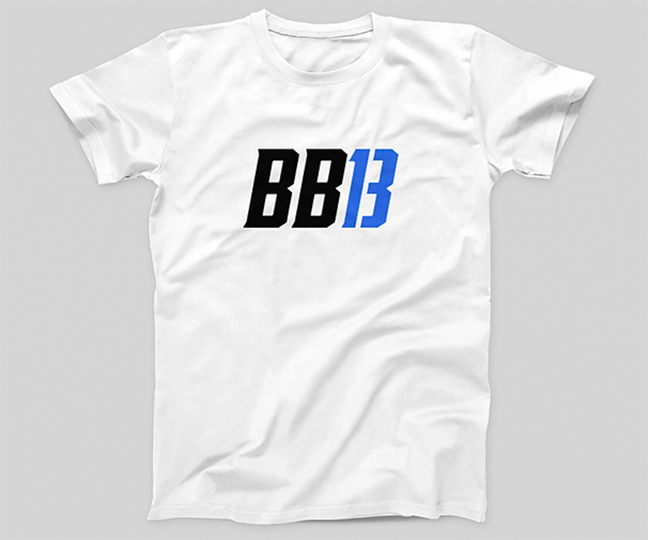 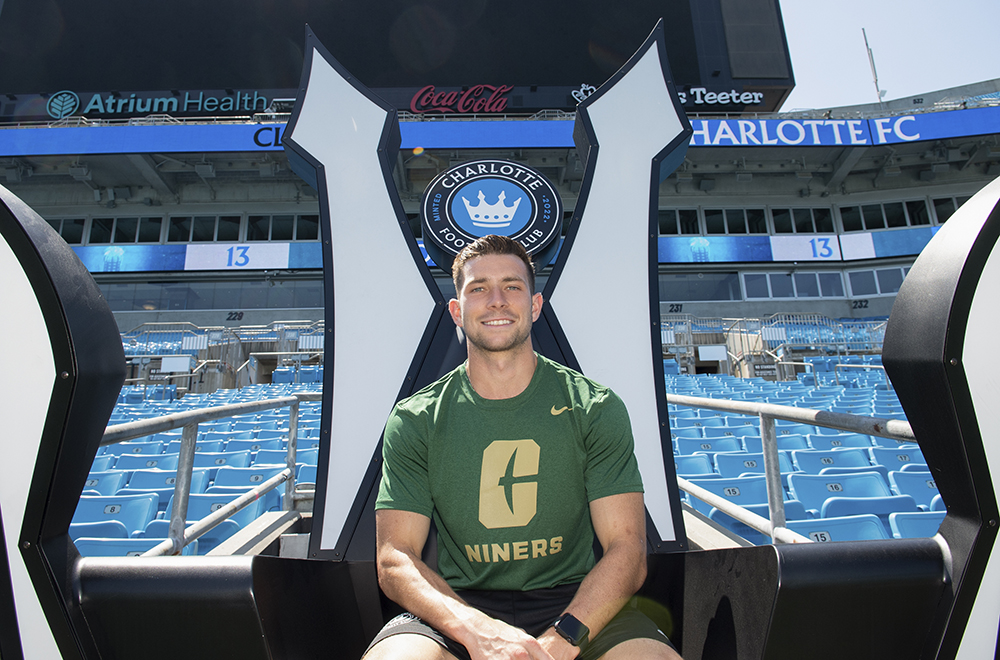 Students come to UNC Charlotte from different backgrounds and leave as alums on a variety of paths. What we have in common is that we all take a piece of Niner Nation on our journey and use it in a unique way. And when you think of it like that, we’re all striking gold.

Keep up with Brandt on Instagram to see what he’s doing, including organizing the inaugural BB13 Fundraiser Party supporting Beds for Kids. 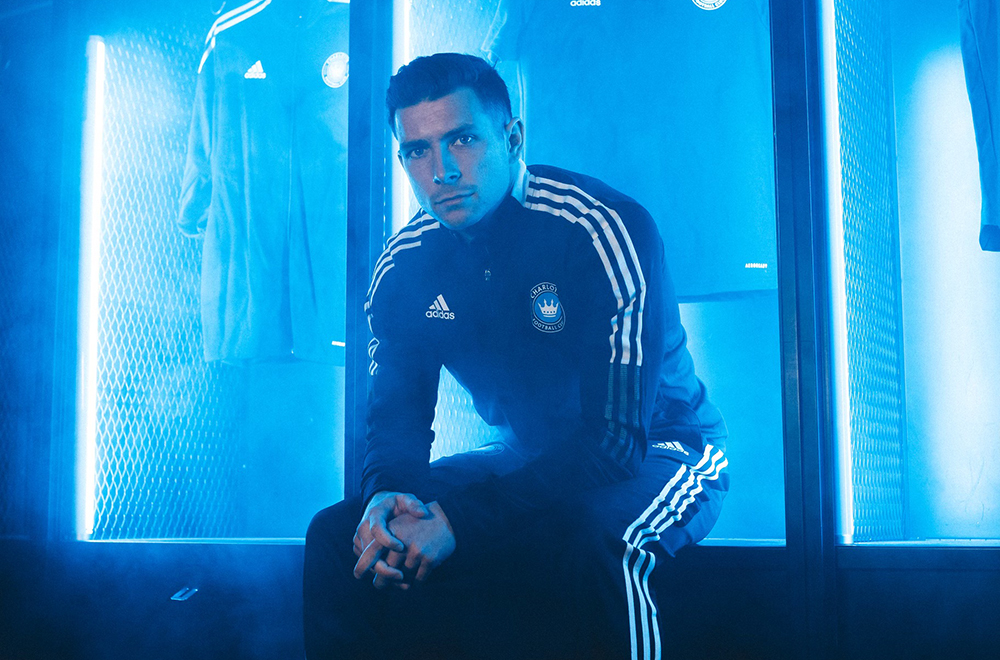