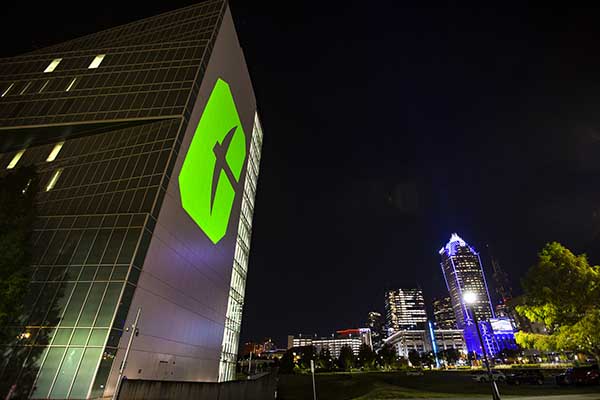 Newsweek has ranked UNC Charlotte No. 18 on its student-focused list of America’s Top Online Colleges for 2023.

“We’re thrilled to be ranked among the best online universities in the nation, especially since Newsweek’s ranking is based on the surveys of those closest to the program: our students,” said Asher Haines, associate provost of the UNC Charlotte School of Professional Studies. “This speaks to the hard work of our faculty and the talented design teams that help them create their online courses."

Charlotte moved up from No. 66 in last year’s ranking and was awarded five stars out of five in the report, the highest recognition.

The ranking, for undergraduate and graduate programs, is based on a survey of more than 9,000 online learners by the global data firm Statista. Respondents rated institutions based on several criteria, including where they obtained an online degree or attended an online course, specifics about their experiences and satisfaction with the organization and whether or not they would recommend it to others.

The UNC Charlotte School of Professional Studies assists learners in any stage of life, collaborating with the University’s colleges to offer more than 50 online degrees and graduate certificates, including four new programs that will officially launch in January: