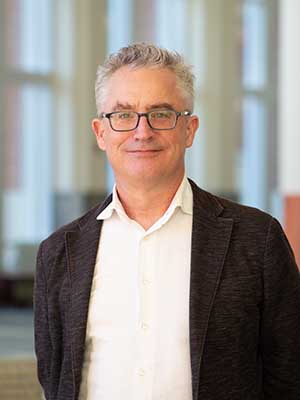 Brook Muller, dean of the College of Arts + Architecture, has announced he will depart the University effective June 30. Lee Gray, professor of architectural history, will become interim dean.

"I would like to thank UNC Charlotte for giving me the opportunity to lead the College of Arts + Architecture,” Muller said. “I have learned so much from its magical constellation of creative disciplines and believe strongly in the mission of the college to promote the arts and design as engines of civic imagination.”

Muller has accepted the role of Charles Eliot Chair in Ecological Design at the College of the Atlantic.

An internationally recognized authority on the design implications of resilient urban water systems, Muller joined UNC Charlotte in September 2019. During his tenure, Muller has cultivated a culture of support for the college, including the formation of the College of Arts + Architecture Advisory Council and a collegewide convocation, featuring notable creative thought-leaders. In 2022, the School of Architecture received a new name, and its program received unprecedented support through a generous gift from alumnus David R. Ravin ’94. Muller also led the college's adoption of a new strategic plan with a focus on DEI imperatives and interdisciplinarity.

“The entire University thanks Brook for his leadership of the College of Arts + Architecture. He has been instrumental in extending the college’s community partnerships and service in the Charlotte region,” said Provost Alicia L. Bertone. 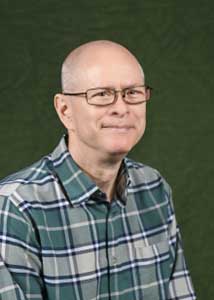