When Krista Woods Manns ’95 and Toya Corbett ’97 decided to celebrate 25 years of friendship, they knew there wasn’t much they hadn’t experienced together.

Besides being sorority sisters and former college roommates, they regularly travel together and frequently talk by phone. A couple of years ago, to honor their alma mater, they purchased a brick outside Hauser Alumni Pavilion on UNC Charlotte’s campus that is inscribed “best friends.”

“Outside of my family, our relationship is the longest one I have,” Manns said.

The best friends finally decided on a solution. They would pay homage to their friendship and the foundation UNC Charlotte created for them by establishing a scholarship in the College of Liberal Arts & Sciences (CLAS). 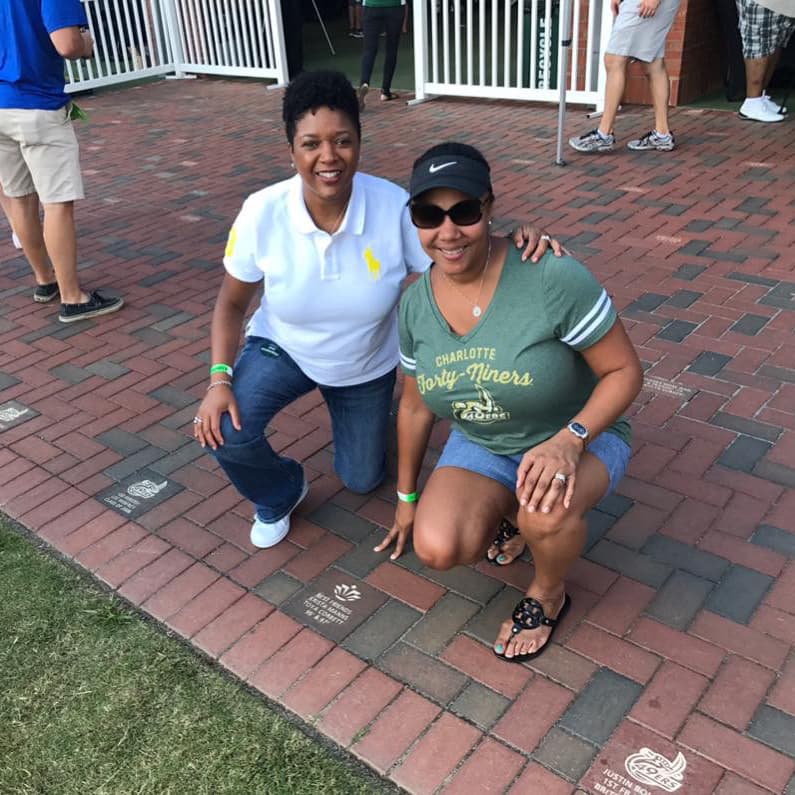 Appropriately called the “Friends-Giving Scholarship,” it will provide funds to a full-time student enrolled in CLAS. The recipient, in addition to having a minimum 2.5 grade point average, must be involved in at least one student organization and must have participated in Student Advising for Freshman Excellence (S.A.F.E.), the program that connected Manns and Corbett.

“I knew before I arrived on campus that I wanted to be an AKA,” Corbett said.  “Krista being my S.A.F.E. counselor was a plus.”

The sorority ties, while strong, are not what bonded them initially.

“It was the support system and the structure of the S.A.F.E. program that sparked a really good relationship,” said Corbett.

She added that the S.A.F.E. program gives students someone to immediately reach out to, which is often an important part of the college experience for African American students. 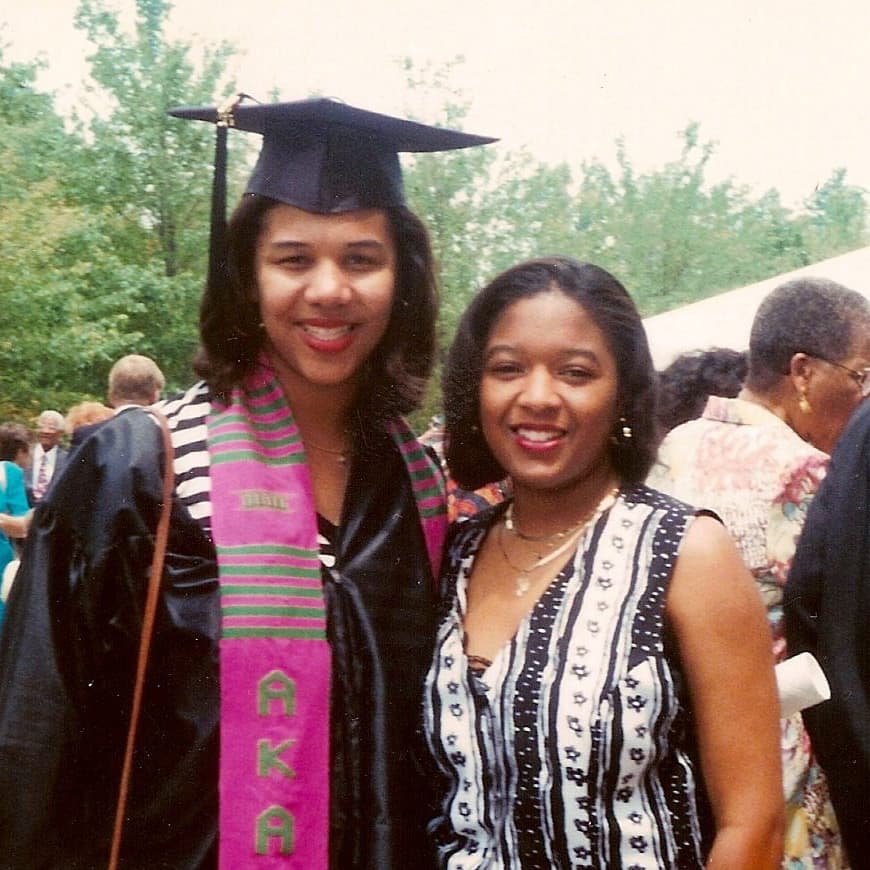 By Corbett’s sophomore year, the two were roommates. Their friendship was sealed.

“We have very similar senses of humor,” Manns said. “We enjoy the same music and television shows. It was an instant connection for the two of us.”

Manns, a Concord, North Carolina, native, majored in English and minored in communications. She is an account manager for OpenTable.

Corbett, from Burlington, North Carolina, earned a psychology degree and minored in African American studies. She has a master’s degree in African American Studies and a doctorate in history, both from Morgan State University in Baltimore. She is assistant vice chancellor for student affairs and dean of students for North Carolina Central University.

Both women credit UNC Charlotte for developing their leadership skills as they immersed themselves on campus. In addition to serving as a S.A.F.E. counselor, Manns was a member of the Black Student Union and an alumni ambassador. She is president-elect of the Alumni Association Board of Directors.

Corbett also was a member of the Black Student Union as well as the Emerging Leaders Program and the Student Government Association; and she was president of Moore Hall. Both Manns and Corbett have served on the International Board of Directors for Alpha Kappa Alpha sorority.

They hope that through the Friends-Giving Scholarship, UNC Charlotte makes an impact on recipients similar to the one the University made on them, inspiring a desire to become good students, employees and friends.

Working in higher education, Corbett said she sees the needs of students on a daily basis, particularly minority students.

“So many are not able to finish their college degree or complete a semester because they’re short $500 or $1,000,” she said, noting that this scholarship will help some students bridge that gap.

Corbett hopes the Friends-Giving Scholarship spurs other minority alumni to follow their lead. She’s seen her classmates’ enthusiastic 49er spirit during homecoming and other events.

“Let’s show that spirit by putting some money on the table and helping students,” she said. 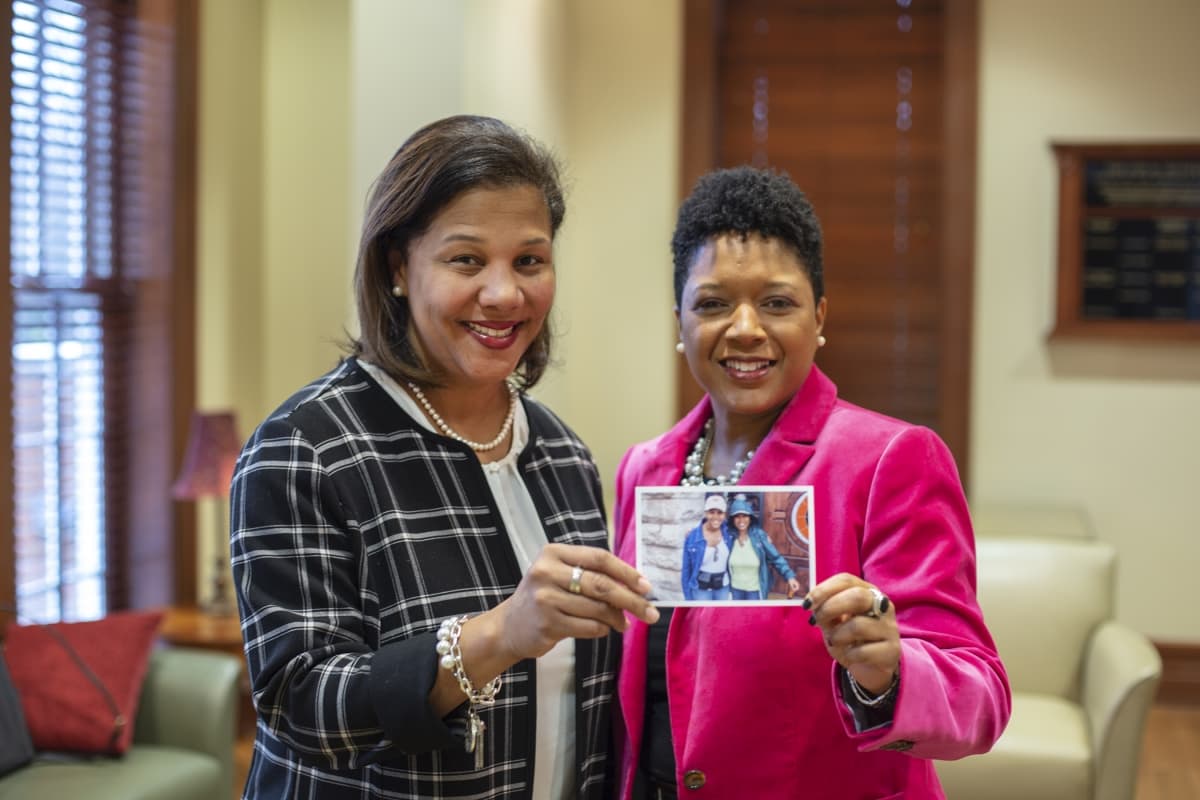