UNC Charlotte mourns the loss of one of its greatest advocates and friends. Dennis Rash, banker, lawyer and revered community leader, died in July. Over the course of five decades, Rash and wife Betty Chafin Rash have left an indelible mark not just on UNC Charlotte but the city.

Rash began as dean of students at UNC Charlotte in the 1970s. He used his talents to develop the University community, then still in its formative stages. It was here he met Chafin Rash, also helping shape early University life. UNC Charlotte flourished under Rash’s nurturing, even after he moved into corporate America.

Following eight years at UNC Charlotte, Rash embarked on an illustrious 23-year career at Bank of America, working closely with then chairman and CEO Hugh McColl Jr. It was Rash who initiated the national bank’s first community development corporation and later became president of its community development subsidiary. He was pivotal in redeveloping Uptown’s Fourth and Third Wards. He’s frequently referred to as Fourth Ward’s unofficial mayor, a place he called home. 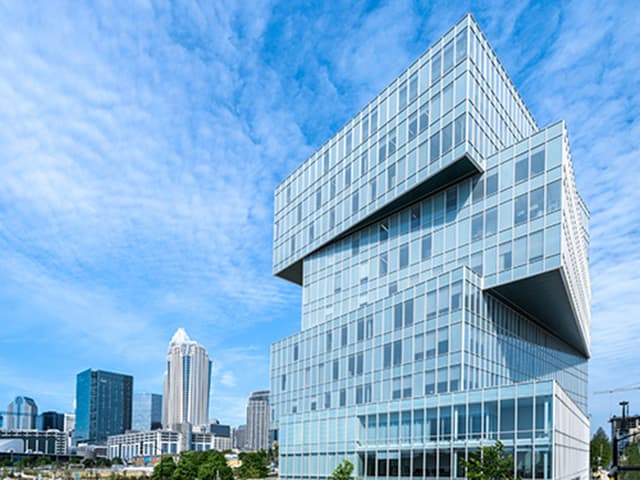 According to McColl, “He brought more people to Charlotte’s center city than anyone else. He was a visionary and a dreamer, and he knew how to make his big ideas a reality.”

Yet, UNC Charlotte always remained close to Rash’s heart, and in 2001, he returned as executive-in-residence and visiting professor for transportation policy studies. Rash was the driving force for crucial projects like UNC Charlotte Center City, the adjacent First Ward Park and the CATS light rail extension to campus. One of Rash’s greatest joys was developing both the city and the University, then shaping a connecting path allowing knowledge to serve community need. (Pictured: UNC Charlotte Center City)

Chafin Rash shares her husband’s civic passions. She has served as Charlotte’s first female mayor pro-tem and was the third woman elected to Charlotte’s City Council. She co-founded the Charlotte Women’s Political Caucus, encouraging women to run for political office. Chafin Rash also helped launch the 2008 Women’s Summit at UNC Charlotte. The initiative has grown to become the Women + Girls Research Alliance, focused on improving the lives of girls and women through exploratory research coupled with active community education and engagement. 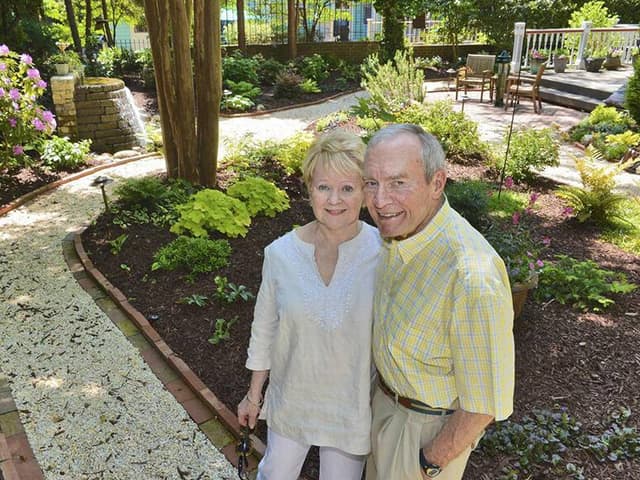 In 2013 the couple received the University’s highest honor, the Distinguished Service Award, recognizing their dedication to the community and UNC Charlotte. "The Rashes have remained steadfast in their commitment to service and passionate advocacy, demonstrating persistence, fortitude, honesty, integrity and generosity of spirit," said Chancellor Philip L. Dubois. "Their tireless efforts have expanded educational opportunities for members of our community, helping forge a more vibrant, equitable society for all." (Pictured: Dennis and Betty in their garden in Fourth Ward)

In an article in the Charlotte Observer, Rash was lauded for his efforts to help reshape uptown Charlotte, and former University trustee Cathy Bessant paid tribute to Rash’s life in a special Viewpoint column in the Observer. “Our deep sadness today for the loss of our hero, mentor, and friend is eclipsed by only one thing: the knowledge that he would expect us to carry forward the progress and vision for which he was the catalyst and to which his every breath was dedicated," said Bessant.

Rash, born in Lenoir, North Carolina, was a Morehead Scholar at UNC Chapel Hill and earned his law degree at the University of Virginia. He is survived by his wife, son Jim Rash, daughter Mebane Rash and two grandchildren.