Located near the campus main entrance on University City Boulevard, the five-story Levine Hall will be about 160,000 square feet. It will house offices for the University's Honors and Levine Scholars programs and accommodate 435 residents. 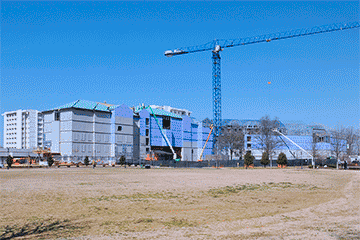 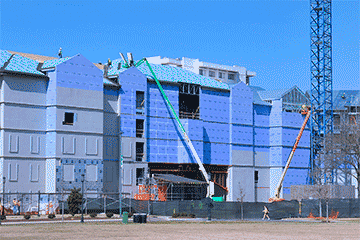 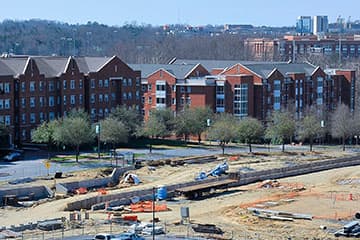 Track and systems work will begin in May.  Temporary lane closures should be expected daily between 9 a.m. and 4 p.m.  Drivers and pedestrians should remain alert while driving and walking through this area. 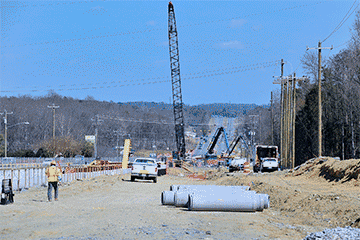 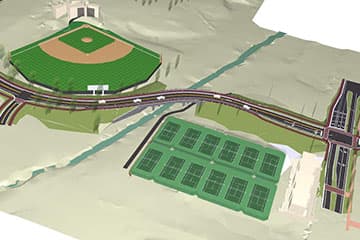 This project realigns a section of the existing Phillips Road (the part with the steep hill) to lead to a new four-way intersection at the current Cameron/Craver intersection.

The altered route will curve between Hayes Baseball Field and the Halton-Wagner Tennis Complex. A bridge was constructed across Toby Creek and roadway paving and additional bridge work is ongoing. 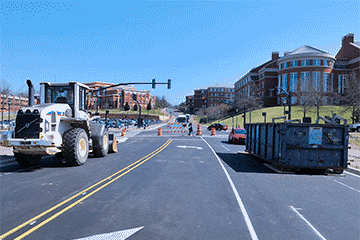 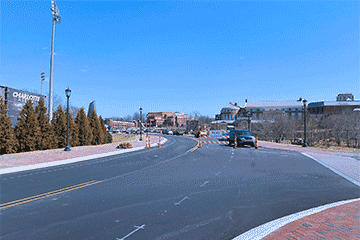