It’s no secret UNC Charlotte is growing exponentially. Fueled by the energy of that growth, the UNC Charlotte Foundation is developing a hotel and conference center to provide a valuable amenity for the University, the surrounding community and Charlotte itself.

The plan calls for a UNC Charlotte-branded Marriott hotel with 226 guest rooms, a full-service restaurant and bar, along with a 132-space parking deck situated on a four-acre site along the LYNX Blue Line at the intersection of North Tryon Street and J.W. Clay Boulevard. 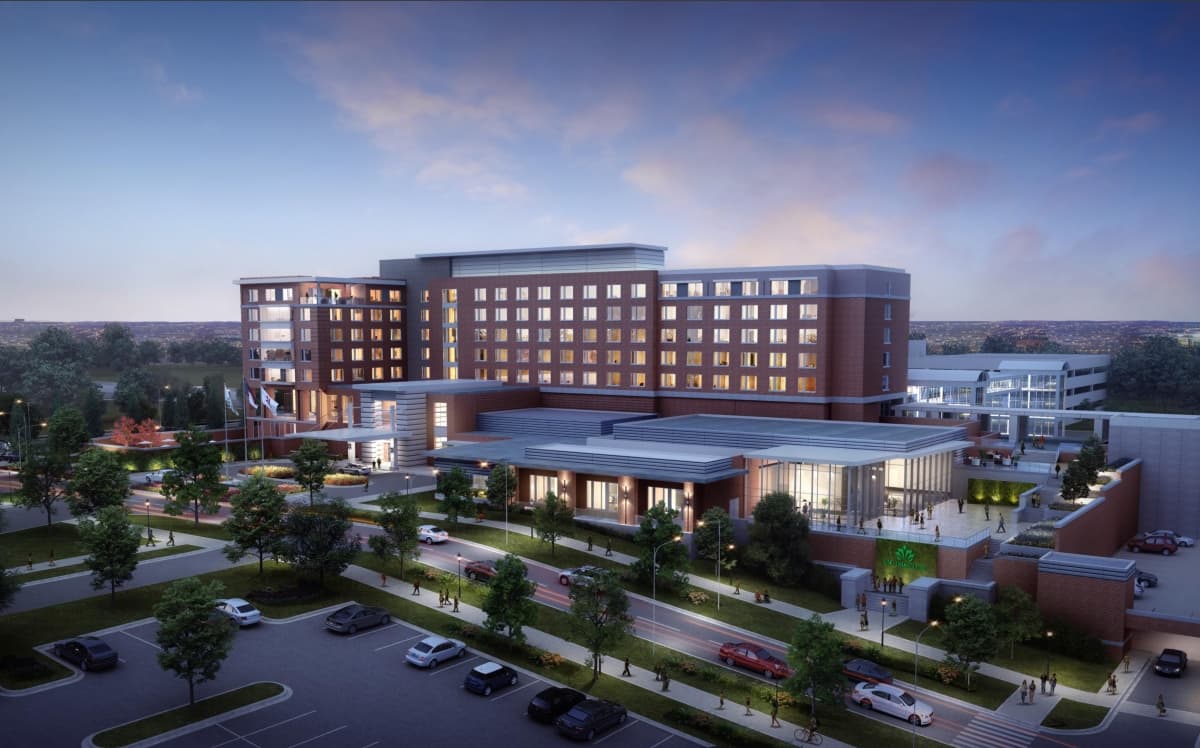 What really sets the plan apart, though, is a 24,000-square-foot, state-of-the-art conference center. That’s twice the size of conference facilities at similar-sized hotels, and the plan calls for a high-tech interface with UNC Charlotte Center City.

When Chancellor Philip L. Dubois addresses the Charlotte City Council on Monday, June 25, he’s expected to ask the city to invest in the project, citing the conference center will allow the University to bring research symposia and academic conferences Charlotte is unable to accommodate today. Adding first-class conference space to University City, Charlotte’s second-largest employment hub, will generate new business for the city and for nearby hotels and retailers. Within the first seven years, projected estimates show the hotel and conference center could generate nearly $9 million in city, county and state taxes. Net proceeds are projected to generate $7 million in the first five years, which the UNC Charlotte Foundation could use to develop additional scholarships for students and to address other high-priority needs of the University. 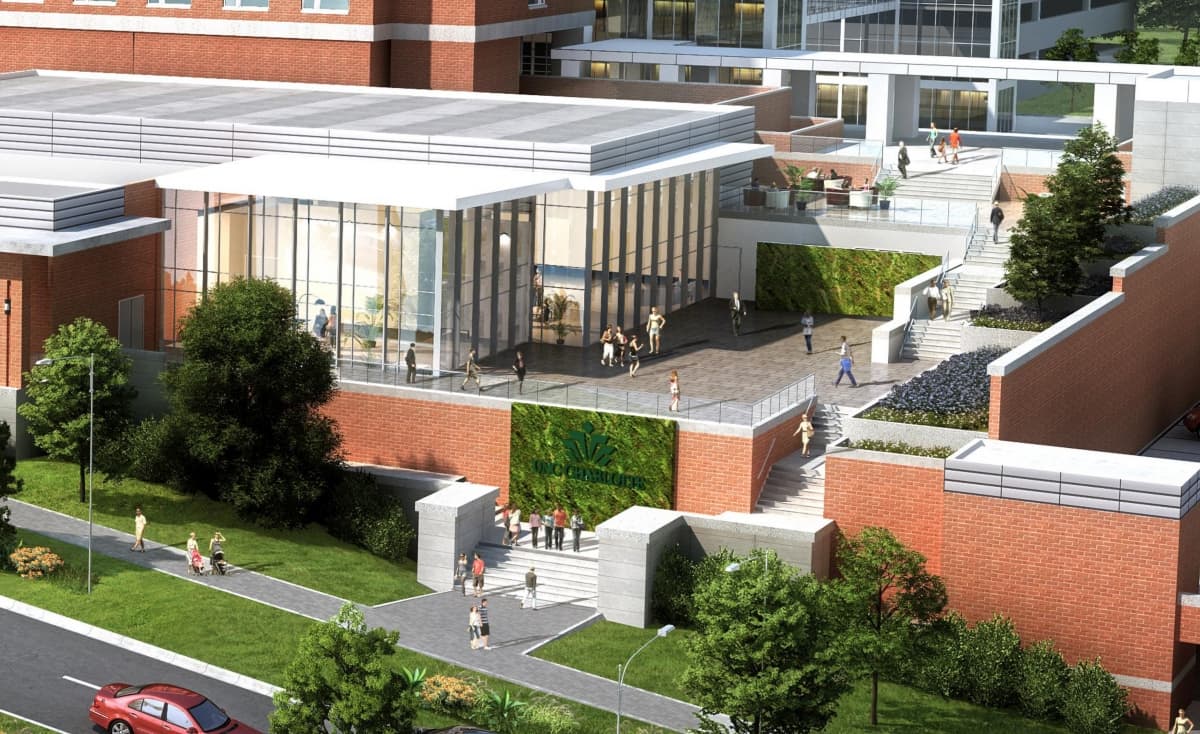 “This facility will serve as a new ‘front door’ to the University, providing a welcoming space for generations of 49ers and Charlotteans,” said Niles Sorensen, president of the UNC Charlotte Foundation, which will fund the majority of the project. “We’ve been planning this for a long time and are eager for it to bring new opportunities for our faculty and alumni to connect to the larger community.”

The UNC Charlotte Foundation would own the Marriott Hotel and Conference Center at UNC Charlotte; Sage Hospitality of Denver, Colorado, would operate the facility. The project’s location adjacent to the J.W. Clay/UNC Charlotte light rail station will not only transform the Charlotte Research Institute section of campus but also allow for convenient access to UNC Charlotte’s Center City campus and Uptown Charlotte’s vast offerings. 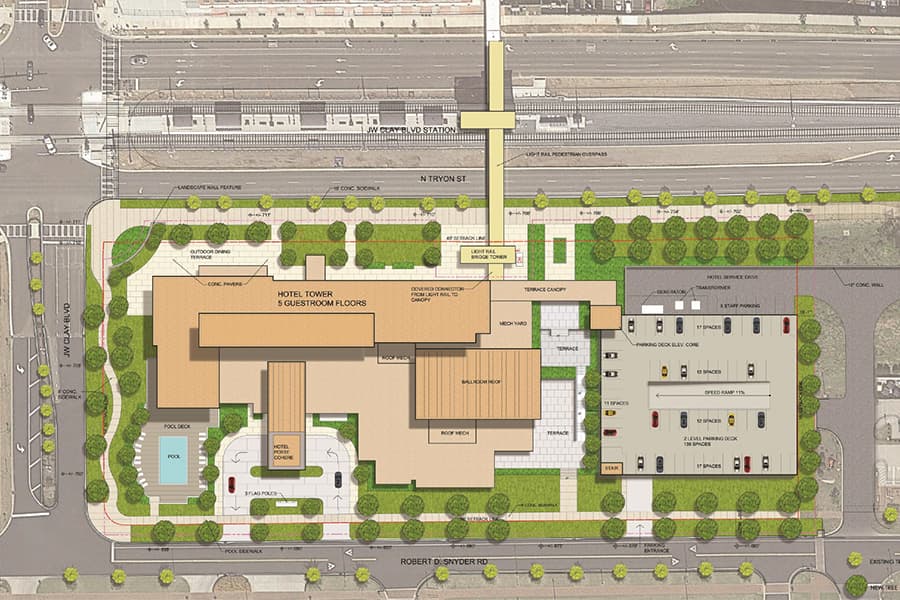 “Given the ongoing growth of the University’s research capacity, which exceeded $50 million last year, a space like this is vital to attracting regional and national academic conferences,” said Sorensen. “That ability builds the academic reputation of Charlotte and heightens the visibility of current faculty, while helping recruit talented new faculty as well.”

Future opportunities are a theme for this project, underscored by the University’s focus on developing a project consistent with growth plans of University City and its transit-oriented development.

“We’ve been intentional about blending the University’s needs with those of the community to ensure we create something that complements the vision for University City,” added Sorensen.