A Lasting Legacy: A New Dimension of Connectivity 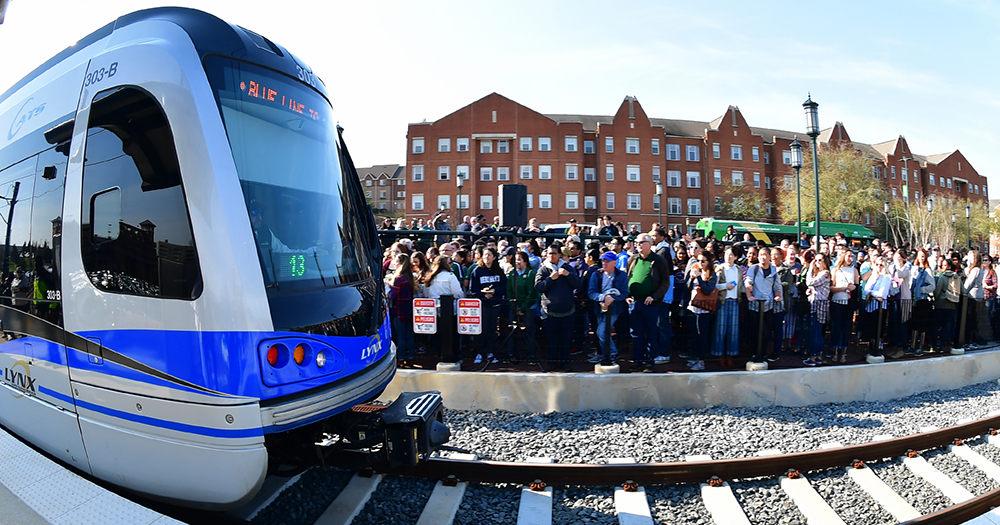 This story is part of a series demonstrating the achievement, impact and growth of UNC Charlotte under the leadership of Chancellor Philip L. Dubois.

It’s been two full years since the first light rail train rolled onto campus, strengthening more than ever the link between UNC Charlotte and the city of Charlotte. During that time, the relationship between the University and Charlotte has continued to grow.

Students access the city’s business, cultural and entertainment offerings with the ease of a short train ride. And Charlotte residents throughout the city are granted a convenient link to a variety of opportunities located on campus.

As we mark the two-year anniversary of light rail coming to campus, it’s worth recognizing Chancellor Dubois’ role in making the vision to do so a reality. A vision Chancellor Dubois grasped from day one. 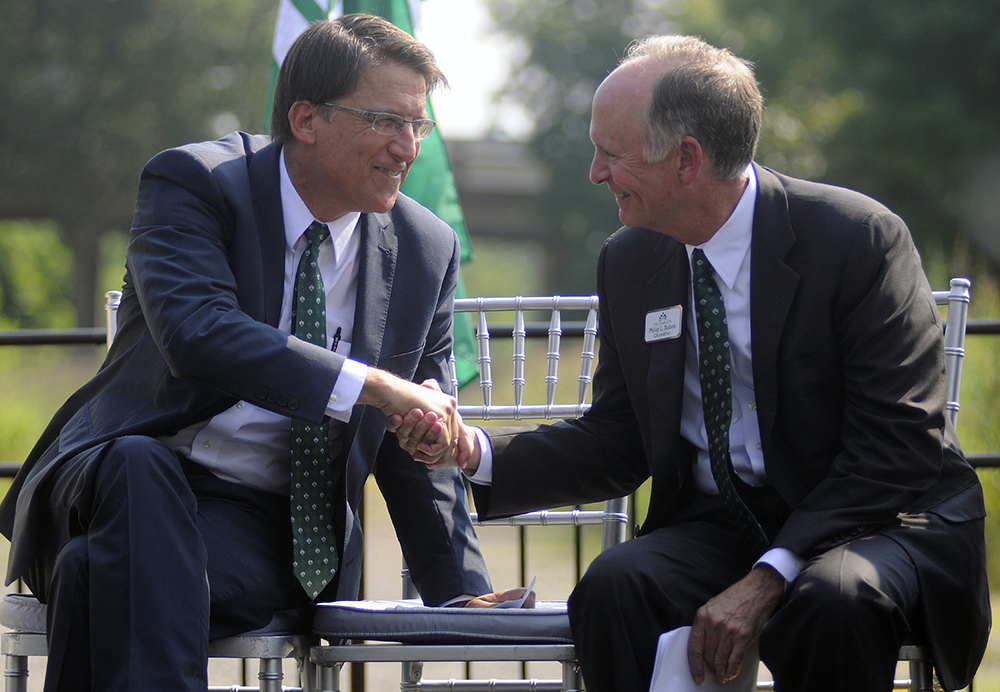 In 1996, when we really started initiating the vision, strategy and funding of light rail, UNC Charlotte wasn’t even in the city limits. By the mid-2000s, it was clear there was no way to qualify for federal funding unless the University was on board as a partner. In 2005, when I heard the University was getting a new chancellor, I was on campus within a day or two of him arriving. He saw the vision immediately and the importance to the campus and the connectivity to Charlotte. That allowed me to go right back to Washington D.C. and say that we got UNC Charlotte on board, which guaranteed 50 percent funding for the extension. In other words, before Philip L. Dubois, the northern extension of the light rail line was dead in its tracks.

Chancellor Dubois and the UNC Charlotte community have been a wonderful partner. Under Phil’s leadership, the University showed its commitment to light rail by donating the land for the campus station and the right-of-way for the campus portion of the line, provided unwavering support and has helped educate the students about safety. Thank you, Chancellor, for everything you’ve done. We wouldn’t be here today without your leadership and your support. 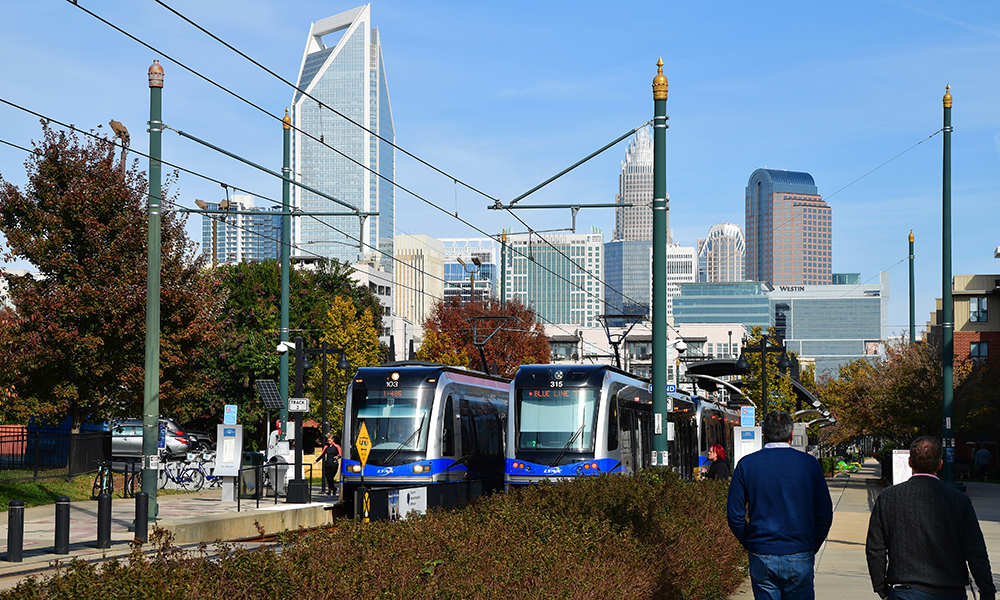 While the arrival of the light rail on campus has enhanced Niner Nation’s exploration of Charlotte, it’s also sparked a new dimension of connectivity for the Charlotte community to discover the sprawling campus and its many opportunities.

Here are some of the ways light rail is making an impact on the UNC Charlotte community and beyond.

The University’s Career Center naturally serves to link the campus community to local employers. Career Treks is an important program created to allow students to explore industries in the region through day-long visits to different companies and organizations.

“We've encouraged students to use the light rail to get to and from a total of 10 Career Treks since the extension opened in spring 2018. The light rail has played an important role in the continued expansion of the Career Treks program, helping the Career Center continue to offer more than 15 Treks each academic year and allowing students to expand their industry and career knowledge while building their networks,” says Jessie Simonik, assistant director for career connections in the UNC Charlotte Career Center.

‘Friends of the Mint’ 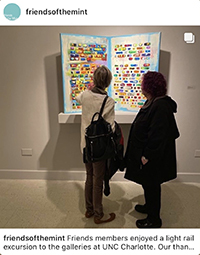 Offered through the Mint Museum, the program provides its members opportunities to learn and engage art in its many forms through excursions, lectures and programs. Recently, ten members of the program traveled to UNC Charlotte via light rail to visit the College of Arts + Architecture galleries in Rowe and Storrs.

“Riding the light rail was a worry-free way for us to travel from Uptown to UNC Charlotte,” says Alice Ross, a member of ‘Friends of the Mint.’ “It was easy and convenient, and gave the ten of us a quiet opportunity to catch up with each other.

“We hope to do this same trip in the next year, to revisit the Rowe and Storrs galleries, and other artists’ studios we didn’t have time to see.”

For students, the light rail has been a game changer in terms of internship opportunities. The link between campus and Uptown, the city’s central business district, not only provides a convenient connection to internships for students but is essential to those students without a car to access the same opportunities.

Allstate is one of the companies in the region that partners with the University to offer internships and has its University partnership strengthened, due in part to the light rail’s connectivity.

“The majority of Allstate’s Charlotte interns from UNC Charlotte utilize the light rail every day throughout their 12-week internships. We love the connection for a lot of reasons, but simply put, it’s a reliable way for them to commute, which makes them reliable interns. They avoid traffic and have a stress-free commute,” said Leah St. Clair, Allstate’s HR early career development consultant.