A lasting legacy. This story is part of a series demonstrating the achievement, impact and growth of UNC Charlotte under the leadership of Chancellor Philip L. Dubois.

As Charlotte grows, it is evolving into a world-class city with a vibrant and globally relevant arts community. At the center of this lively landscape, it’s not uncommon to find a UNC Charlotte connection. Whether expressed through a unique partnership with Charlotte Ballet, a student-created public art project preserving the story of a historic neighborhood or an alumna artist leaving her mark across the city, UNC Charlotte’s footprint is noticeable.

UNC Charlotte and its College of Arts + Architecture are woven tightly into the artistic fabric of the Charlotte region. Furthermore, UNC Charlotte First Lady Lisa Lewis Dubois has added to the University’s influence on the city’s cultural vitality.

Most notably, she has served two three-year terms on the Board of Directors of the Arts & Science Council and as chair of the Charlotte-Mecklenburg Public Art Commission, which is responsible for the selection of artworks that enable citizens throughout the city and county to experience public art.

As Chancellor Dubois and Lisa prepare to retire, leading voices of the arts community reflect on their individual and collective impact as well as their most effectual contributions to Charlotte’s thriving and dynamic arts scene. 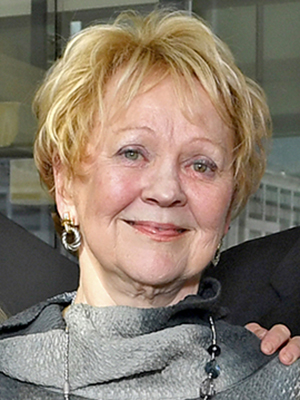 I have known Lisa Lewis Dubois for 14 years, nearly the entire time she’s been the University’s first lady. I consider her one of my dearest and closest friends. I can truly say that whatever the situation, she continuously emerges as a leader because she’s always prepared, emphasizes collaboration and brings out the best in people.

She has served twice on the board of the Arts & Science Council, where she chaired a number of important committees—including advocacy, which was responsible for successfully lobbying local and state government to obtain arts funding. Though, her most important role in Charlotte’s arts community has been as chair of the Public Art Commission. In that role, she led the effort to install a significant sculpture in Romare Bearden Park as well as a number of highly visible public art installations at Charlotte Douglas International Airport. These highlight only a few of the permanent manifestations of Charlotte’s love of the arts, but serve as lasting contributions of Lisa’s legacy.

Additionally, Lisa and Phil Dubois have been highly supportive of other culturally significant organizations in the community such as the Levine Museum of the New South and the Charlotte Symphony.

I cannot say enough about the way Lisa has represented UNC Charlotte with such grace and intelligence. She is one of a kind and I will miss her terribly! 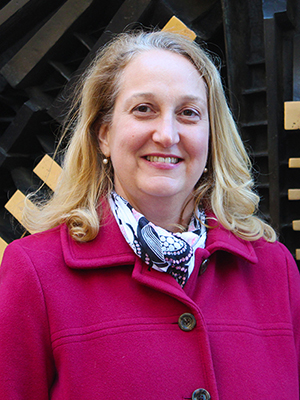 Lisa Lewis Dubois has been at the helm during transformational change for Charlotte-Mecklenburg’s Public Art Program. Appointed by the mayor, she chaired the Public Art Commission (PAC), a nine-member oversight board, responsible for artist selection and working with the Arts & Science Council’s public art team to bring public art projects to fruition.

During her tenure, the monumental data visualization artwork by Refik Anadol, “Interconnected,” was installed at Charlotte Douglas International Airport. She helped us engage the University community and broader audiences by facilitating his dialogue at UNC Charlotte’s Center City Building, where he shared the inspirations behind his innovative statement using data as a new media.

Lisa oversaw the PAC at a time of exponential growth, enabling us to create works of art in communities and in municipal centers that enhance pride, connectivity and tourism. An enthusiastic advocate for the arts, she assisted with presenting the annual work plans to County Commission and City Council and shared the impact that public art projects have on the greater community.

Lisa faithfully rides the light rail to our meetings in Uptown Charlotte and talks about the value the station art brings to the line as well as the beauty and efficiency of this new transit system as it connects the University to the city. Through her leadership, advocacy and support, Lisa has influenced positive change and facilitated the creation of artwork that leaves a legacy. 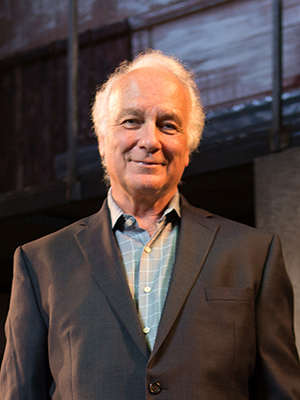 In my opinion, “Violins of Hope” is one of the most impactful things the University has undertaken with respect to its connection with Charlotte.

“Violins of Hope” refers to a collection of violins that survived the Holocaust. In 2009, work began to bring 18 violins, curated by violinmaker Amnon Weinstein, with Holocaust histories from Europe to UNC Charlotte’s campus.

Recognizing the unique opportunity this project presented, Chancellor Dubois and Lisa stepped up as co-chairs, helping to raise the funds necessary to produce the powerful exhibit.

In April 2012, “Violins of Hope” made its North American premiere in Charlotte, with the instruments presented in the Projective Eye Gallery at UNC Charlotte Center City, surrounded on the walls by an educational display of their history and of how music was part of the Holocaust. But the impact of the project was not just in its display; the community participated in so many performances, exhibitions and partnerships that demonstrated how UNC Charlotte touches the heart of the community.

From exhibitions like “All That Remains—Charlotte Holocaust Survivors” at the Levine Museum of the New South to a performance series culminating with the “Triumph of Hope: Violins of Hope with the Charlotte Symphony” at the Blumenthal Performing Arts Center, so many areas of Charlotte felt the impact of this influential project.

Since these events, UNC Charlotte’s musicologist Dr. James A. Grymes published a seminal work focusing on the story of the violins and their path to recognition, which won a National Jewish Book Award. “Violins of Hope: Strings of the Holocaust,” a PBS documentary narrated by actor Adrien Brody and featuring Grymes, premiered in February 2016, and the exhibition has been hosted by more than 15 cities across the United States and Canada, most recently in San Francisco and Seattle—continuing to add to its legacy with each stop.

This project is indicative of the ongoing connections the College of Arts + Architecture, indeed UNC Charlotte, makes regularly with our community recognizing the culture of participation created by Phil and Lisa Dubois. 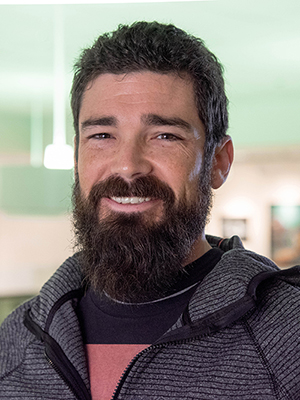 The Projective Eye Gallery at UNC Charlotte Center City was created, in part, to engage the public. It was genius to give the University a presence in Uptown Charlotte, which was made possible under the leadership of the chancellor and first lady. And it was visionary to house a gallery in the Center City Building where it could support and sustain the University’s desire to creatively collaborate beyond campus borders—specifically in Uptown Charlotte, the center of the city’s art scene.

When deciding a name for the new gallery, the College of Arts + Architecture selected The Projective Eye. The name would represent the University’s mission to gaze beyond campus to engage with Charlotte’s cultural community at large. The Projective Eye Gallery would join the ranks of UNC Charlotte’s campus galleries in projecting a shared mission to “provide a haven for experimentation, to invigorate the environments we occupy and to amplify the means to engage art and design in our community.”

Since its opening in September 2011, the Projective Eye Gallery has proven a pivotal role by hosting programs and exhibitions designed to involve broad swaths of Charlotte’s diverse population in national and international dialogues. Some exhibitions, like those included in the celebrated series “Keeping Watch,” employed visual art to raise awareness of environmental concerns affecting our global community. Some exhibitions, including the recent “Burnt Generation: Contemporary Iranian Photography,” focused on sections of our local and global populations that are often misrepresented and thus misinterpreted. Other exhibitions, like the current “Future Artifacts,” incorporate works by local and international artists to explore new advances in contemporary art and provide insight into current studio processes.

The gallery regularly welcomes patrons from throughout the city and continues to display the importance of art and culture in every facet of our local community.