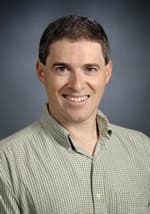 Bioinformatics professor Anthony Fodor is among the authors of recent research papers that portend a huge breakthrough for personalized health care. The news was announced last week, and it is receiving international attention.

More than 10 million monthly unique visitors could read about it in the International Business Times. It also appears in Germany's leading Die Welt (The World Online), and it was featured as a front page story in the Charlotte Observer.

Fodor’s work was part of a series of coordinated scientific reports published in Nature and several journals in the Public Library of Science (PLoS) by some 200 members of the Human Microbiome Project (HMP) Consortium from nearly 80 multidisciplinary research institutions report on five years of research. HMP received $153 million from the National Institutes of Health (NIH) Common Fund, a trans-NIH initiative that finances high-impact, large-scale research.

The series of articles focused on the first genomic compilation of the generalized biome of microbes in the human body that complement the human genome.

According to Francis Collins, director of the National Institutes of Health, “HMP created a remarkable reference database by using genome sequencing techniques to directly detect microbes in healthy volunteers. This lays the foundation for accelerating infectious disease research previously impossible without this community resource.”

The human body contains trillions of microorganisms—outnumbering human cells by 10 to one. Because of their small size, microorganisms make up only about one to three percent of the body's mass but play a vital role in human health.

HMP researchers reported that this plethora of microbes contribute more genes responsible for human survival than humans themselves.

Fodor noted, “It remains an open question how individual variation in the types of bacteria within healthy people influences disease development. It will be really interesting to see how this question is resolved as the field continues to mature and we learn more about the contribution of the microbiome to specific diseases such as obesity, cancer, fatty liver and inflammatory bowel disease.”